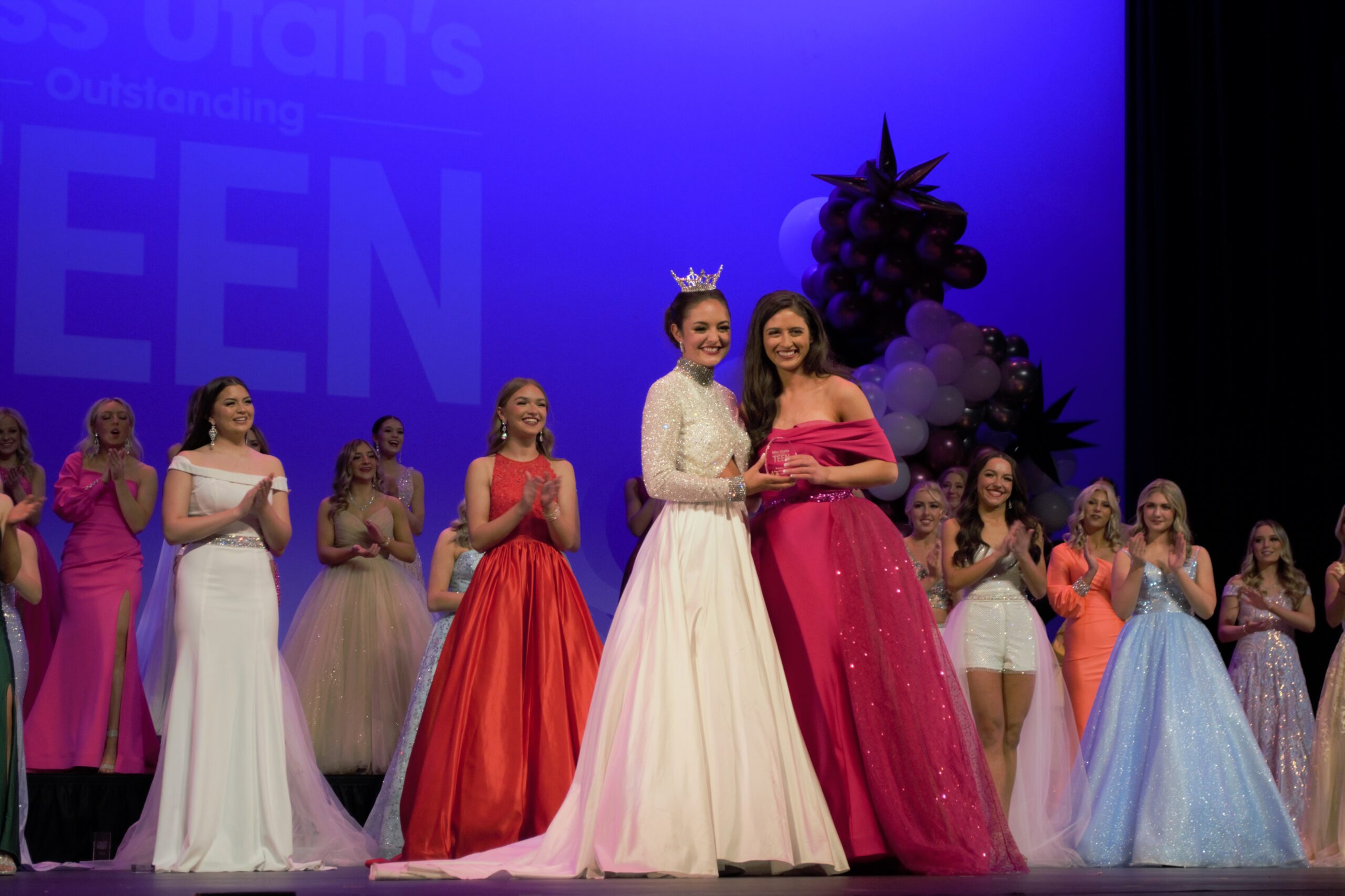 After months of preparation, four Lehi teens competed in the Miss Utah’s Outstanding Teen competition along with 38 title holders from all over the state. Lehi sisters Annabelle and Desiree McKinnon each earned a top 16 spot and stole the show with their talent performances.

Miss Utah’s Outstanding Teen is the sister of the Miss America competition. MUO Teen started 15 years ago with 14 candidates and broke their record this year with 42 candidates competing for the title on Feb. 26. Charlee Sorensen served at Miss Utah’s Outstanding Teen for two years because she was crowned just week before the COVID-19 pandemic shut the world down. Sorensen got the highest score possible at the national competition in the talent category with her opera vocal performance.

The Lehi competitors at MUO Teen Annabelle McKinnon, Desiree McKinnon, Savana Brown and Chloe Baines performed together on the Provo Center for the Arts stage before the top 16 were announced. Annabelle was announced first and then her younger sister Desi. Annabelle left her place in line to give her sister a big hug.

The McKinnon sisters competed in three of the four categories:Talent, Evening Gown/On-stage Question and Lifestyle & Fitness with the rest of the top 16 candidates at the final night of competition. Individual interviews took place on Friday and Saturday.

Annabelle McKinnon sang a jazzy version of “Orange Colored Sky” for her talent. Her showmanship and incredible pipes earned her the Top Vocalist Award. She also won runner-up for the Teens in Action Service Award. As part of her Social Impact Initiative, Annabelle started Stage for Everyone, a theater workshop for children and adults with special needs.