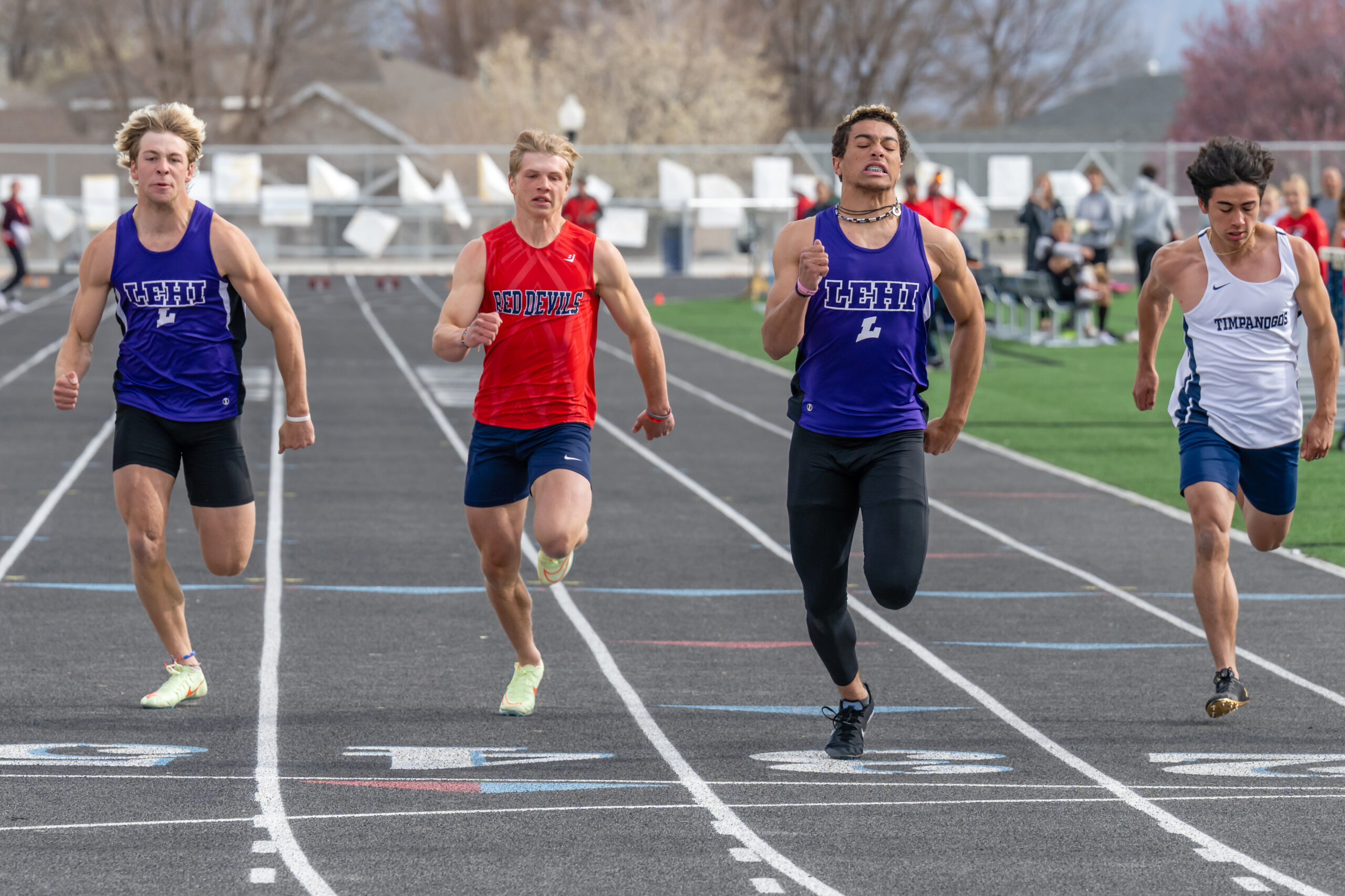 The combined Lehi boys and girls team placed third with 172 points at the Utah County Invitational at Salem Hills High School on April 15-16. Orem was the overall winner with a combined 208 points, with Lone Peak a close second at 203. There were 19 teams participating.

In the tight girls field, the Pioneers finished tied for fourth with Orem at 53 points, just behind American Fork with 55 and ahead of Salem Hills at 52. In the boys division, Lehi came in a distant second at 119 points while Orem won with 155 points. Maple Mountain was third at 71.

The Pioneer boys had a fantastic showing in the relays, capturing the gold in three events with squads including multiple athletes from the 5A state champion football team.

The 4x100m relay team (43.28 sec) included Kadiyon Sweat, Jacob Anderegg, Boston Fabrizio and Katoa. In the 4x200m (1:31.45), it was River Moore, Sweat, Isaac Dayley and Katoa. Both of these efforts easily beat the state qualifying standards.

In the throwing events, senior Teague Anderson earned silver in the discus (171-06 ft) and was fourth in the shot put (53-05 ft). Sophomore Jensen Somerville finished eighth in the shot put.

Switching back to the girls division, junior Caroline Moon took fourth place in the 3200m (11:23.43). The rest of the points for the Lehi girls were earned in the field events.

Skyridge junior Kylie Olsen competed individually at the meet and she finished fifth in the 1600m.