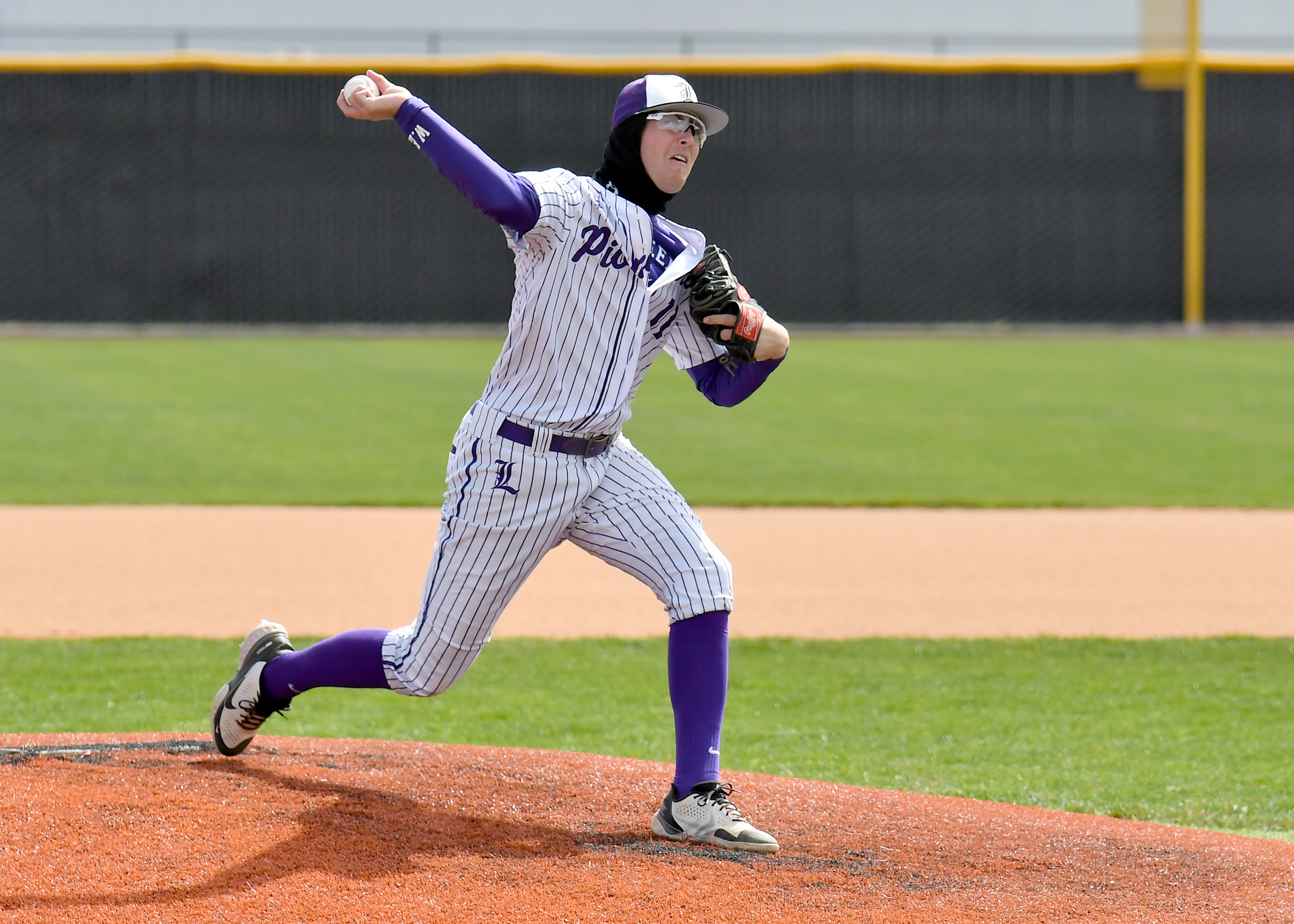 The Lehi baseball team defeated Jordan 2-1 and rolled over Alta in Region 8 play in the past two weeks. The Pioneers are now 18-4 overall and 12-3 in league play as of last Saturday.

Lehi has the most wins in the league but the Pioneers are in third place by a few percentage points right now. However, they just have one series left to play (Timpview) while most other teams have two, so the standings are sure to change.

The Beetdiggers built an 8-0 lead after their first three batting turns, but the Pioneers answered with five runs in the bottom of the third inning and plated two apiece in the next three. They held Jordan scoreless in the fourth and fifth and gave up just one run each in the final two for the thrilling victory.

It was a pitching-by-committee afternoon for Lehi. Senior Zach Evans was credited with the win and junior Jake Olsen made the save in the final inning, but junior Dawson Rodak and senior Bryce Lewis also made appearances in the contest.

Evans helped himself with a pair of hits including a double, with one RBI and a run scored. Junior Bowen Ingersoll singled twice and scored once. Freshman Mays Madsen contributed two runs.

The Pioneers had an easier time in the following road game, when Brousseau shut the Beetdiggers out by scattering seven hits and yielding only one walk. He also hit a double and a home run for four RBI to boost the Lehi cause. Evans had two hits and Ingersoll stole two bases.

Despite outhitting the visitors, the Pioneers couldn’t put enough together to close out a sweep against the Beetdiggers at home. Maddux Madsen took the loss on the bump with Evans and Olsen appearing in relief.

Evans singled twice for three RBI. Brousseau also had two hits including a double, driving in a run and scoring once. Junior McGwire Madsen made two hits and registered two runs. Bingham had an RBI and scored as well.

It was a story of big innings in this blowout victory as the Pioneers pushed four runs across in the top of the fourth to break a scoreless deadlock, then added four more in the sixth and three in the seventh while yielding nothing to the home squad.

Rodak got the start and the win over the Hawks with five innings of work, fanning seven with two walks. Junior Braden Willes kept the shutout going for the final two innings and got the save.

Senior center fielder Jaxon Christensen doubled while Ingersoll singled and each of them drove in a run and scored one. Maddux Madsen also had two hits and he and Brousseau drove in a run apiece.

The Hawks didn’t fare any better in the next outing as Lewis gave up just two hits in four innings to get the win and McGwire Madsen saved the shutout in relief. The Pioneers plated two runs in the first and five in the second, then got three more in the fifth to end the game early by the mercy rule.

Bingham smacked a three-run double while Willes drove in two runs and scored once. Evans doubled one run in and later scored himself, while Olsen scored twice after drawing two walks and Maddux Madsen singled two runs across.

The Hawks finally found some offense in the final game of the series, but it didn’t matter because the Pioneers clobbered them with 17 hits including eight for extra bases. They boarded 24 runs including 12 in the fourth inning alone to end the game early after five.

Maddux Madsen notched the victory for three innings of work, giving up just one hit and one walk with no runs. Olsen and freshman Kowen Walker each threw an inning in relief.

Evans was 3-for-3 with a double, driving in two runs and crossing the plate three times himself. Ingersoll went 3-for-4 with a double and posted three runs.