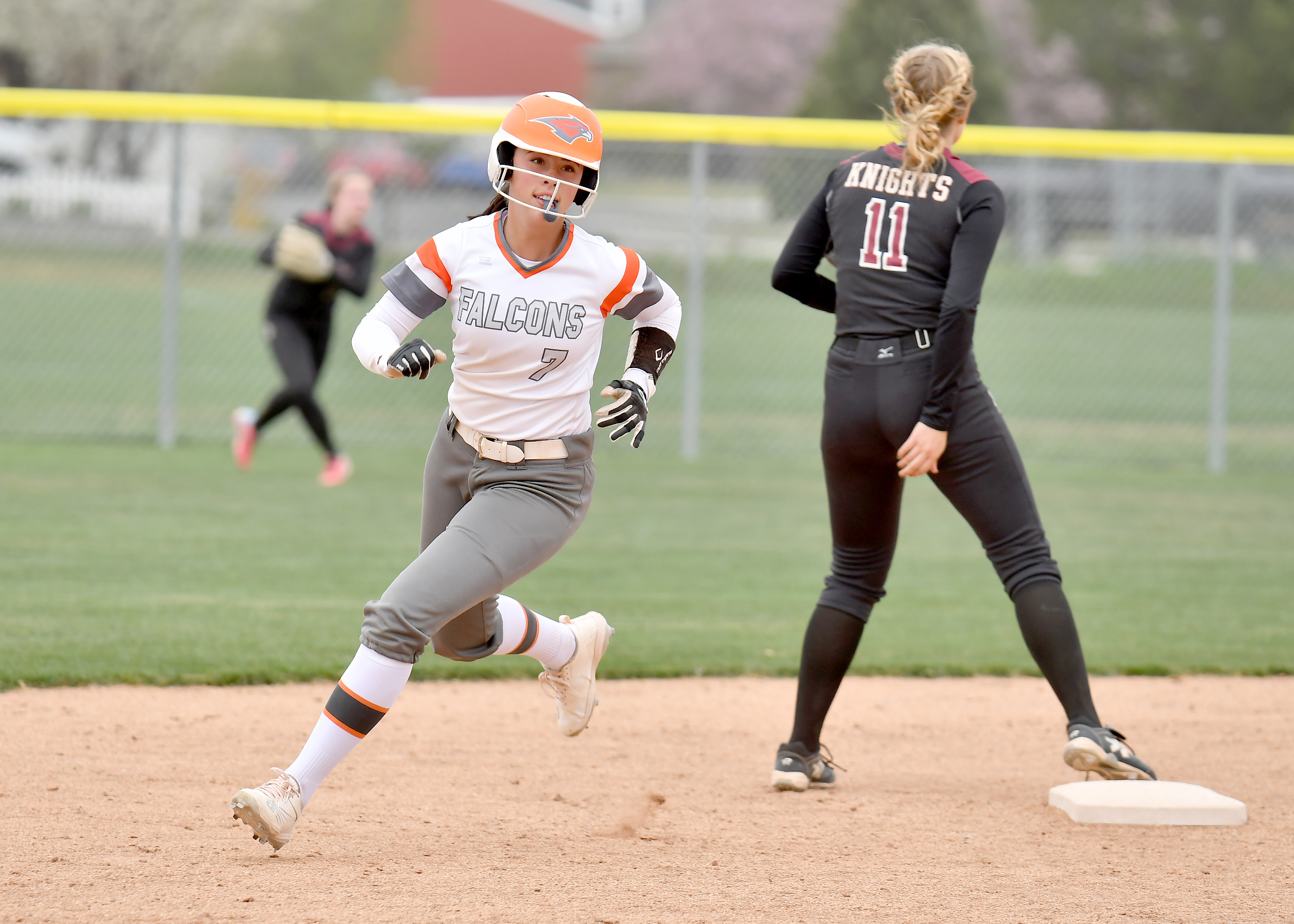 The Skyridge softball team extended the win streak into double digits with four more overwhelming Region 4 victories and a non-region triumph coming into this week. The Falcons are 14-2 overall and own the top spot in the league with a perfect 5-0 mark. They were second in the 6A RPI as of the 25th.

The Falcons took a 3-0 lead in the first inning and never looked back as they continued to build on the tally and ended the game after the sixth. Senior pitcher Heather Berrett fanned 14 with no walks in another big victory for her.

On the other side of the plate, sophomore catcher Irma Medinahad two hits including a home run to provide three RBI and score twice, while junior Dailee Maughan went 3-for-3 and scored three times with one RBI.

The Falcons plated six runs in the second inning and only needed two of them since they only gave up one to the home squad. Junior Elliott Plewe picked up the win in the circle and sophomore Kadynce Barnes finished out the game in relief.

Turner lit it up at the plate, going 3-for-3 with a triple, five RBI and two runs scored. Medina drove in two runs and crossed the plate three times, while Plewe doubled and singled to yield two RBI plus a run.

Hall hit two with a triple and scored twice while junior Elizabeth Barnes had two hits including a double and one run. Kadynce Barnes drove two runs in and scored once. Tahbo had two singles and an RBI and Maughan scored twice off of walks.

The Falcons started out with seven runs in the top of the first inning on the road and that was all they needed to beat the Chargers on this occasion. Junior Alexis Clark got the win, but she and Kadynce Barnes threw three innings apiece in the rule-shortened effort.

Medina drove in two and scored twice and Maughan singled twice for two RBI and one run scored. Berrett scored twice with an RBI and Clark made two runs as well.

For the second time in four days, the Falcons used a big inning – in this case, nine runs in the bottom of the second – to build a big lead before cruising on to a mercy-rule victory over the Knights. Berrett picked up the win and Plewe contributed in relief.

By contrast, the Falcons used steady production with runs in five of six batting turns to pull out the non-region victory over the Wolves. Plewe picked up the win with seven strikeouts and two walks while Kadynce Barnes closed it out in relief.

Plewe helped herself with a home run and single to produce four RBI, and also scored an additional run. Maughan had two hits with an RBI and a run scored and Tahbo drove in one run.