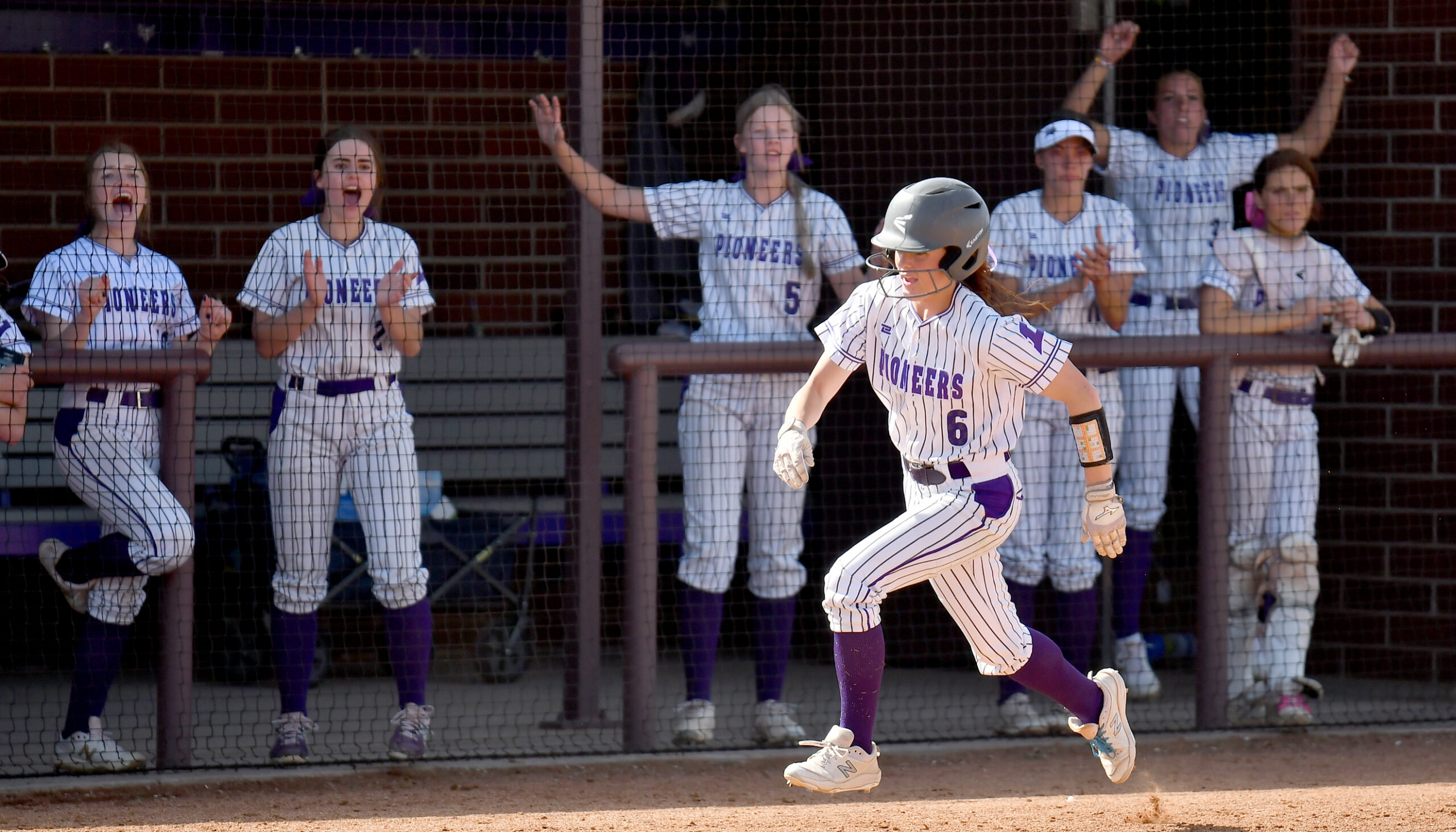 Coming into the week, the Lehi softball team was alone in first place in Region 8 with an 8-0 mark after dealing the Timberwolves their only league loss to date. The Pioneers are 15-9 overall and positioned well in the RPI rankings with five games left on the schedule.

After a 10-run third inning, the Pioneers scored five more runs in the fourth to end this non-region game early. Senior pitcher Grace Humes threw a three-hitter with six strikeouts and twowalks in the big victory.

Lehi boarded 16 hits including three doubles and four home runs. Senior Jamisyn Heaton had one each for three RBI and scored three times, while sophomore Madison Salisbury also doubled and homered for one RBI and three runs scored.

In the 2-for-3 column were senior Brooklyn Wiltbank with two runs and an RBI and Humes with two RBI. Senior Laynee Carter added an RBI and a run scored.

This non-region contest was tight the whole way until the top of the seventh inning, when the Pirates plated three runs and the Pioneers were unable to answer in the bottom half. Humes took the loss with seven strikeouts and one walk. Beck had two hits and Wiltbank made the only RBI.

In this exciting battle for first place in the region, the Pioneersbroke open the tight scoring with five runs in the bottom of the sixth and then ended a Timberwolf rally at four runs in the top of the seventh inning to close out the victory. Humes stuck with it to pick up the win in the circle.

Beck only had one hit but it was a grand slam home run to help lift her team. Wall also homered for two RBI and scored after a walk as well. Bliss tallied two hits with an RBI and two runs and also stole three bases.

The teams hit fairly evenly but the Pioneers got some help from four errors on the way to another region win. Sophomore pitcher Emerson Fuller picked up the victory, fanning 11 with three walks.

Heaton went 3-for-4 including a triple to tally three RBI and score once. Beck had two hits including a double and drove in two runs, while Wall also doubled for an RBI and scored three times.

The Pioneers rebounded big-time as Humes and Fuller, the official winner, split time pitching against the Thunderbirds as Lehi collected another region victory.

Bliss turned in a highlight-reel outing at the plate, going 4-for-4 with a pair of doubles, two RBI and three runs scored. Heaton was 3-for-5 with a double and home run for six RBI and two runs of her own.

Wall drove in two runs on two hits and scored once, while Wiltbank singled twice with an RBI and one run. Salisbury crossed the plate three times.