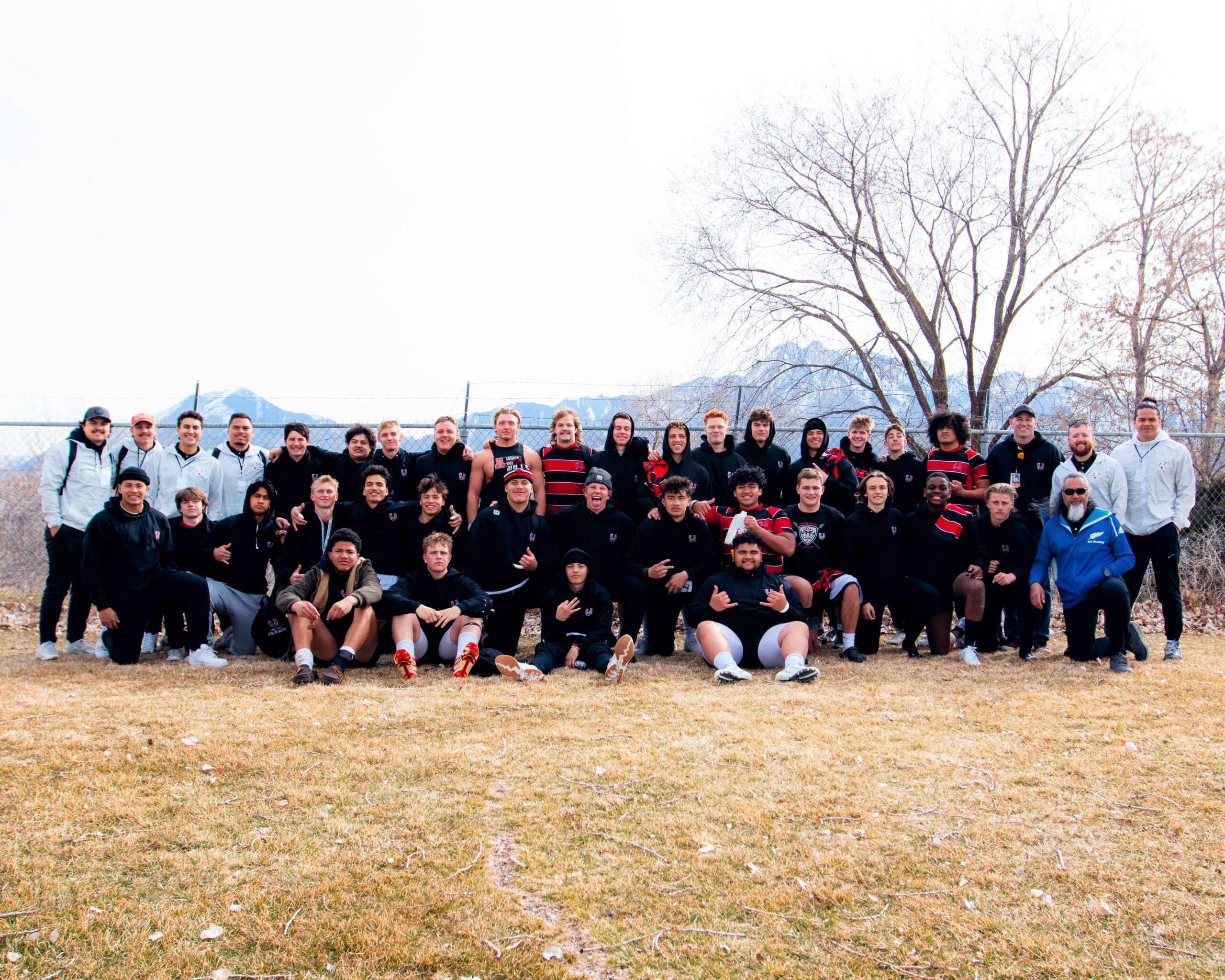 “My brothers and I grew up playing for this club. We’re invested – we want to make sure this is a community-building experience for these boys,” said Matua. It’s his first year as head coach, but Matua and his four brothers all played for United Rugby. Chase and his brother Kingston went on to play rugby for BYU. Chase’s youngest brother Kenyon helps coach the United team.

“Our Dad got us involved in rugby as a better way to resolve conflicts,” laughed Matua.

United Rugby was started in 1985 by Ra Puriri as a way for him to share his love of rugby with his sons and young men in the Utah County area. In 1991, United became a youth rugby program and in 2009 they established a girls rugby team. The U19 boys have won two National Championships, one in 2010 and another in 2013. The United Girls won the Girls HS Club NIT Championships in 2017 and 2018. Dozens of United Rugby Club players have gone on to play for college teams.

“The boys are all super excited to have the opportunity to play in Elkhart,” said Matua. “Our number one priority right now is to secure funding.” Rugby is more supported and promoted when it is a school-sanctioned sport, but that isn’t the case in Utah County. United Rugby relies on the support of parents and builds the team by word-of-mouth.

Matua’s undefeated team will play their final season game at Burgess Park next to Timberline Middle School in Alpine on Saturday, April 30, at 10 a.m. “The games are free, fun and exciting,” promised Matua.