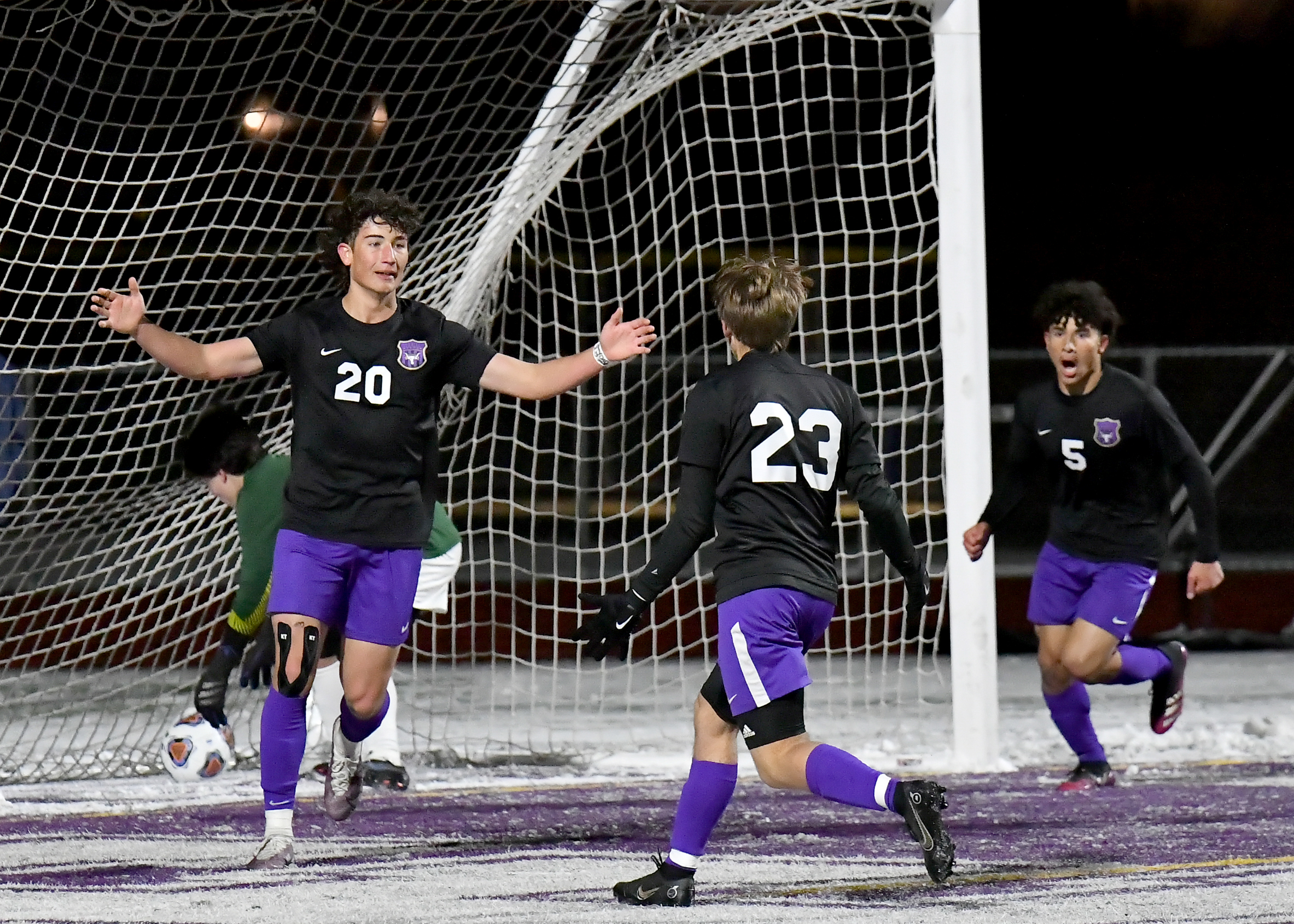 The Lehi boys soccer team took over first place in Region 8 with a big win over Alta at home, but then lost a tight contest to Orem. The Pioneers beat Jordan to move their league record to 7-1 but are a half-game behind the Hawks after a bye last week. They are 9-2 overall.

Alto scored first and the teams were knotted at 1-1 after the first half, but the Pioneers turned up the pressure on both ends of the field after the break, scoring twice and holding the Hawks out of the net to move themselves into sole possession of first place in the region.

“The conditions were awful and super frustrating,” said Coach Tim Graham. “It was an incredible game against a very talented Alta team.

“I’m super happy for our boys,” the coach continued. “They showed fight and resilience after going down early and fought back for a great win. The boys were really doing what we asked them to do and really implemented the things we have been training on,” he added.

It was a different story in the return trip by the Tigers. After leading 2-0 at the break, the Pioneers were shut out in the second half while the visitors tallied three goals to earn the upset win.

Cowley had nine saves including a penalty kick but had to take the loss as well. Jones and Shepherd provided the jump-start and Fenn made an assist.

“We started out with a ton of energy and got up 2-0 early,” Graham said. “Our inability to finish the game really hurt us.

“Orem was very good and their energy and effort in the secondhalf really put them over the top,” he went on. “Hats off to them. They really just outworked us. We are ready for a much-needed break on Tuesday and will just get back to prepping for Jordan.”

The Pioneers responded to the Orem disappointment by shutting out the Beetdiggers at home. Senior midfielder Cesar Moralesand Fenn each scored in the second period off gives from sophomore midfielder Colton Marsing to lift Lehi to victory.

Cowley blanked Jordan with a great effort, making seven saves including one on a penalty kick for the second consecutive match.

“We controlled the possession for most of the game,” Graham said. “We were stout defensively and that had a major impact.

“The only serious chance they had was in the first half,” he continued. “Jordan was awarded a penalty kick and our sophomore goalkeeper Kaleb Cowley came up huge for us again.

“It’s always a great night to be a Pioneer,” the coach added. “We as a staff were very pleased with the play in the second half and we hope to build on it moving forward.”