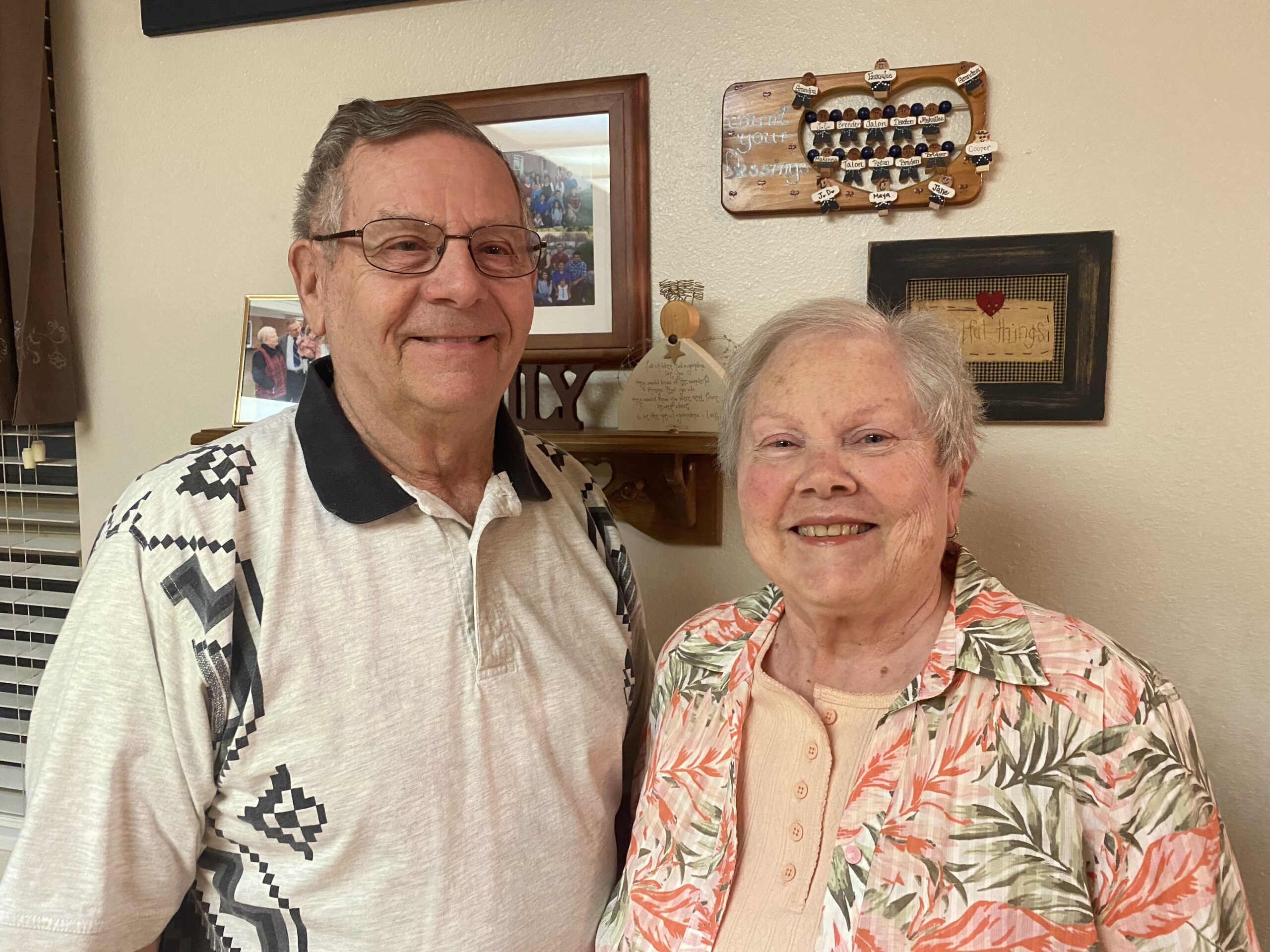 “In 1972, Mont Pulham asked me to pull the Miss Lehi float in the parade. I had a Jeep at the time, and it was a cool vehicle,” said Lee Stewart when asked how he got involved in the Lehi Round-up events. “I used it in the parades for more than 20 years.”

When I told the Civic Improvement Association (CIA)committee I wanted to drive a new car, LaVere Downs said I couldn’t because the Jeep was a parade icon. Due to their many years of serving Lehi, Lee and Nancy have been chosen asGrand Marshals of the 2022 Lehi Round-up events.

Lee and Nancy are lifetime Lehi residents who both graduatedfrom Lehi High School in 1964. One year shortly after Nancy and Lee were married, Nancy was making a float for the parade when Lee was asked to pull the Miss Lehi float. This was a responsibility he enjoyed for almost 25 years. In 1994, Lee was asked to serve on the CIA board. “I have worked with great men during my time in the CIA,” he said, “I first worked with LaVere Downs, George Tripp, Mel and Blaine Anderson, Blackie Harris, Gary Lewis, Ray Jacklin and Stan Lewis. These men and their wives dedicated years of service to bring Lehi citizens the Lehi Round-up Rodeo.

When asked what changes have been made since he first became a member of the Board, Stewart said, “We have made lots of changes. We put stands on the south side and metal stands on the east end. We put in new bathrooms and a new concession booth.”

He mentioned the fan- favorite clown, Lecile Harris, “Lecile loved to perform at the Lehi Rodeo. One of the reasons was because Nancy would take cookies or pies to his motel room where he and Phil Gardenhire would fight over the treats. One year we knocked on his door with a plate of cookies and he greeted us in bright green shorts.”

Nancy and Lee also served for many years as Lehi’s Santa and Mrs. Claus. They rode on Lehi’s Christmas parade float and attended many school and church parties. They borrowed a Santa suit their first year and invested in one they used for nearly 25 years. Lee remembers one party where a 3- year-old girl kept pulling on his coat saying, “Santa Claus, Santa Claus!” Stewart later learned the child was adopted from Russia and “Santa Claus” was the only English words she knew.

Lee worked for many years as a carpenter and Nancy worked for Wasatch and Central Banks. They have four children, LeAnn, Nanette, William, and RaeLyn. They adore their 14 grandchildren, and one great granddaughter.

“We are both feeling our ages,” said Nancy. “We are one of the oldest couples in our ward,” she continued, “We have loved our relationships with CIA members. Even though we retired in 2007, we keep in touch with many of our friends and co-workersfrom our years in the CIA.”