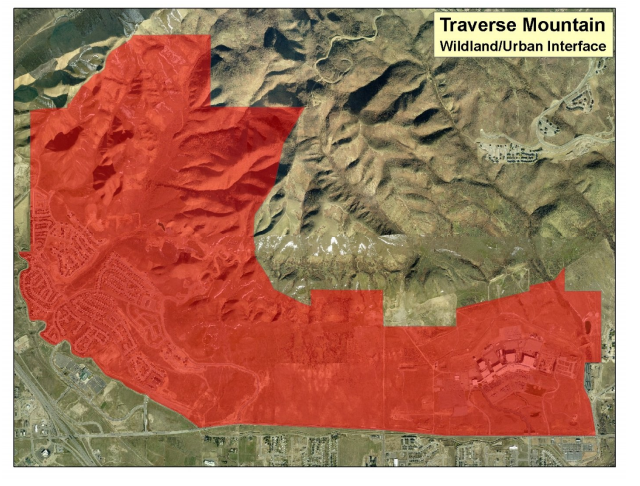 On Tuesday, March 28th, Lehi City Council considered a new ordinance that will change requirements for development in and around Traverse Mountain.

Based on seven findings of Lehi City Fire Chief Jeremy Craft, developers must now install in all occupancies in new buildings, approved automatic sprinkler systems. The installation shall be in accordance with nationally recognized standards.

The following text is a portion of the new ordinance:

The seven findings of Chief Craft are:

In an interview with Chief Craft, he explained that this ordinance is a continuation of an earlier ordinance adopted in 2009. Every three years the ordinance is updated. Based on new findings, fuel types (foliage) in Traverse Mountain and the Dry Creek corridor have created a requirement for sprinkling systems in new inhabited buildings in those areas. Craft also added that hydrants in the Dry Creek Corridor are located in the bottom of Dry Creek and will be difficult to access in case of a fire. He added, “This is a big ole insurance policy.” In case of fire of any kind, outside resources can now be obtained immediately from county, state, or even federal agencies.