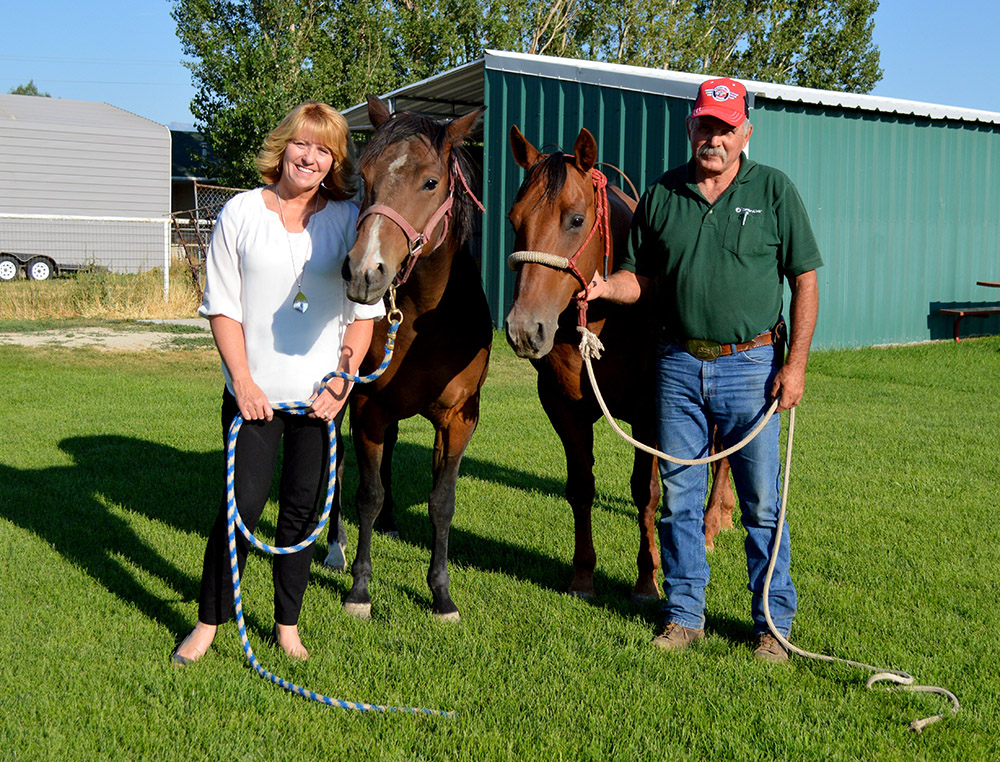 More than 25 years ago Neal Christensen was driving by the arena in Pleasant Grove when he saw a group on horseback doing some kind of training exercises. Christensen stopped and observed them long enough to know he wanted to do what they were doing. He happened to catch the Utah County Sherriff’s Mounted Posse at their monthly training that Saturday in 1991. Christensen became a member of the group and has been serving with them ever since.

The Mounted Posse is an all-volunteer organization that uses horses to facilitate search and rescue operations throughout Utah County. They are a team of about 20 people, along with their horses. The Mounted Posse works directly with Search and Rescue (SAR), or as Neal Christensen calls them, the “foot soldiers,” when they are conducting mountain searches for lost or injured hikers. The mounted team carries medical equipment, oxygen bottles, and water to lighten the load of the SARs. The rescued hikers often get a free horse ride out of the mountains, too.

Since Neal Christensen is a liaison for the Sherriff’s office, he hears every call that comes through. Whenever there is a search and rescue situation where horses can go, the Mounted Posse is called up. Neal’s wife, Debbie, is also a member of the Mounted Posse. Just a few weeks ago Neal and Debbie were called to the rescue of a mother and daughter who were hiking the back of Mount Timpanogos. The 20 year-old daughter had become severely dehydrated and was having trouble making the hike. The duo was lucky enough to get a signal on the mountain and called home and then 9-1-1. The Mounted Posse uses GPS equipment to locate those in need of rescue. Neal and Debbie rode out on their horses and soon found the mother and daughter, who had only been able to hike 300 yards in an hour. The two women were put on the horses while Neal and Debbie walked them out to safety.

The Utah County Sherriff’s Mounted Posse meets every month for training. They practice emergency medical procedures and using GPS and radio equipment. The horses also get trained on trail etiquette and being still during commotion. The Mounted Posse is a strictly volunteer organization and they provide all their own equipment. The Utah County team has their own “uniform” so that people can see them (they’re bright orange) and so they look official. Their service can be an expensive undertaking. The team recently received a $14,000 grant from Firehouse Subs to help with their expenses. (Firehouse Subs has a foundation to raise money for lifesaving equipment and supplies for first responders.)

In addition to Search and Rescue operations, the Sherriff’s Mounted Posse helps in other emergencies. In 2012 a fire in Eagle Mountain led to the evacuation of many residents. Debbie and Neal Christensen were called up to knock on many doors in Eagle Mountain and inform residents they needed to evacuate. They also had to evacuate an animal sanctuary with over 200 animals in it. Debbie remembers struggling with a 300-pound pot-bellied pig who did not want to leave his home. There was a frightened emu at the sanctuary that had such a violent kick that Neal had to use the backboard from a basketball standard as a shield. The emu fainted because it got so worked up, but the Christensen’s thought they’d killed it. They managed to get the emu into a trailer where the animal popped his head through a window when it woke up. Debbie and Neal can laugh about the experience now, but at the time it was pretty harrowing.

The Sherriff’s Mounted Posse is always part of the Bison Roundup at Antelope Island every year in October. Neal Christensen heads up teams on horseback to make sure the bison are moving in the right direction. The Christensens also have a personal connection to the University of Utah Burn Unit. Each year the Mounted Posse takes their horses to Camp Nah Nah Mah in Millcreek Canyon with children who are in the burn unit so the kids can go on horse rides. Debbie’s son spent time in the burn unit when, as a 12 year-old, he burned 65% of his body putting gas on a small trash fire. The Christensens have looked for and found ways to give back and to serve their community while enjoying their horses at the same time.