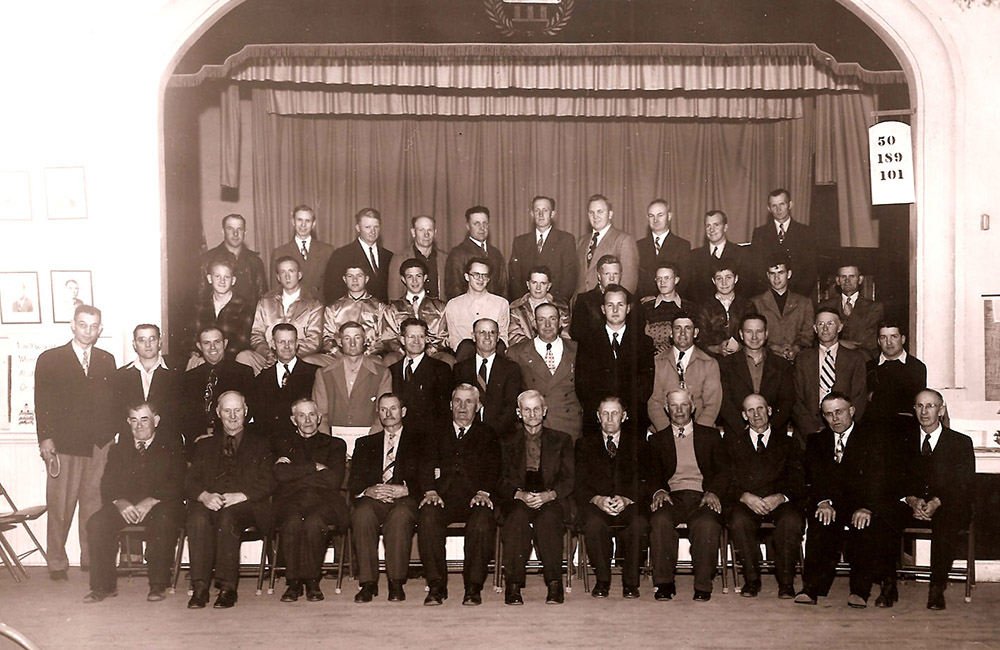 In the 1890s Lehi City was outgrowing the two LDS Church buildings. Settlers near the railroad station had a hard time getting all the way to the church, so the North Branch was officially organized by Bishop David Evans. The North Branch became the Lehi Third Ward in 1893 and a new chapel was built for them on 500 West.

Today, the Third Ward building is a residence and the last of the original five ward buildings still standing in Lehi. In 1894, the building was one long hall with a stage on one end and an open floor. A wing of classrooms was added on to the north side of the building in 1917. Members of the Third Ward were asked to donate a bushel of wheat each year leading up to building the addition to the church. At that time in the LDS Church, individual wards were responsible for all their expenses. The Third Ward sold some of their wheat harvest to the federal government during World War I. They then invested it and received a return on that investment for many years.

Lehi City’s Reldon Barnes remembers attending church meetings in the old Third Ward building when he was a boy. The members of the bishopric (including his father, Harold Barnes) sat on the stage along with those who were speaking, which they did at a portable podium at center stage. The congregation sat in chairs that could be folded up and put aside when they needed the floor for dances or activities. The curtains on the stage would be drawn after sacrament meeting and the men would meet for class on the stage while the women met in the classroom addition.

Some of Barnes’s favorite memories of that time were the church softball games. He was a member of the 1962 team Third Ward team that went all the way to the All-Church Tournament. They won second place that year, but only because the other team brought in a professional pitcher.

The LDS wards were always doing fundraisers to keep up with their expenses in those days. The Lehi Third Ward was the first ward to sell hamburgers at the Lehi Round-Up Rodeo. Making burgers during the World War II years was not an easy undertaking because meat was rationed. Third Ward members saved their ration stamps and pooled them to be able to provide enough hamburgers to sell to the rodeo crowd.

The Third Ward building was used until 1955 when a new church was built on 300 West to accommodate the growing community. For the next dozen or so years, the Third Ward church fell into disrepair and was vandalized. Ross and Jean Lamb bought the Third Ward building in the late 1960s and have made it their home ever since. Seeing the condition of the building, Jean Lamb wasn’t thrilled about making it their home at first. She and Ross decided to restore it the best they could and give the old church its dignity. They had to replace and repair everything! When the bishopric asked Ross Lamb to help them with a project for church, he would reply, “I do more church work than anyone in the ward!” Ross even made a low fence with the hitching posts that line the north side of the property.

The Lambs have had to fight for the old Third Ward building quite often. Access to their home from busy State Street was finally cut off in recent years thanks to Jean Lamb, the city added large boulders to the driveway to keep semi-trucks from driving right up to the house, and they had their home added to the National Register of Historic Places in 1998. Years ago Jean Lamb would invite ward choirs to practice in the old chapel “so the walls could hear music again.”