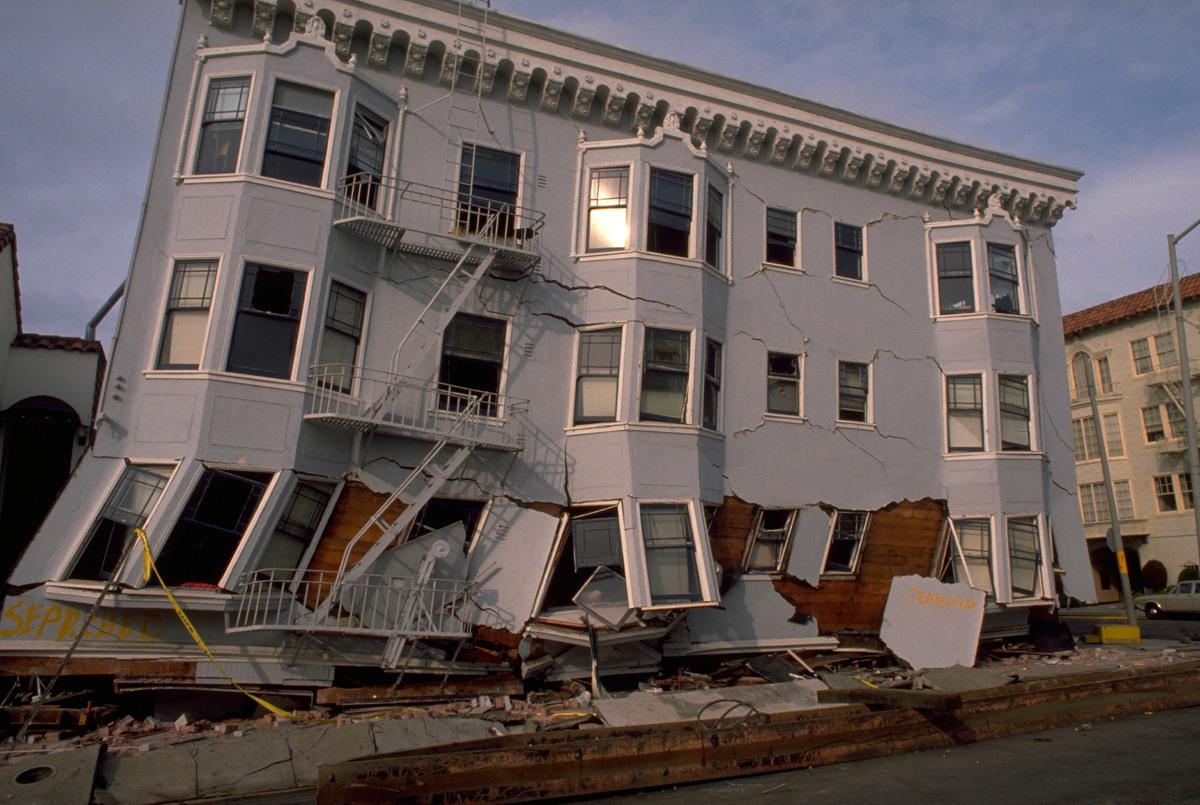 In Lehi City Council meeting held November 14, 2017, Dr. Ron Harris, geology professor at BYU, presented a very sobering presentation on the inevitability of an earthquake in Lehi. Jason Walker, Lehi City Administrator had seen the presentation and felt it was important for City Council members to see.

Dr. Harris said, “an earthquake is coming.” In his explanation, Harris said the valley at the base of the Wasatch Mountain is pulling away. As the valley drifts further away from the mountains the gigantic fault will snap because of increased energy. “It is called stick-slip behavior,” continued Harris. “The drop will be about 10 feet which will make Utah Lake migrate to the east.”

Residents building along the fault will suffer a crisis or a disaster. “We can’t avoid a crisis, but we can have a full-scale disaster. The nature of the area where people are building residences is particularly in danger,” said Harris. Harris noted that building at the Point of the Mountain area is problematic.

Harris continued to explain the last earthquake that involved the Wasatch Fault was 1,200 years ago. “We are at 1,300 years now. Salt Lake City has been identified as the highest point for an earthquake, we will be lucky if we get away with fewer than 15,000 casualties.”

According to Harris, there are reasons there could be large numbers of casualties:

Harris suggested families need to practice what to do during an earthquake (drop, cover, hold).   They also need to secure non-structural hazards. Structures built pre-1985 were not subject to structural codes that necessitated reinforced concrete construction.  “Bolt it, bracket it, brace it, block it, and board it.” Harris said, “for about three hours and $50 your house can be made more secure.”

Additional information can be obtained at inharmswayhelp.org

Assistant city administrator, Robert Ranc led a discussion with the City Council about city ordinances regarding grading. Ranc explained, “mass grading is essentially ‘mining with a purpose’.” This practice was used to grade areas to an approved grade level.

In 2013, section 12-13-030 of the development code was amended to restrict mass grading permits to a one-year time limit with the potential for a one-year extension. This will stop further situations of mass grading becoming mining operations (TMTH- area plan supersedes development code). Ranc went on to suggest that future policy makers should be cautious against approving area plans that allow for mass grading operations that extend for lengthy periods of time.

Todd Munger, public facilities manager, spoke to the group about training planned for these kinds of operations.

In regular City Council meeting two awards were presented to Jason Walker by Ben Reeves and Spencer Kyle. Walker was awarded the ICMA Credentialed Manager award. There was also an award given to Water Department employees, Dan Norman and Shiloh Muhlestein.

After a long and impassioned public input session regarding TMTH’s project, the Council approved the consent agenda.

The following agenda items were approved:

1. A public hearing concerning the sale of real property located at approximately 1850 North 2300 West. Parcel was declared as surplus property.

The only item not approved was TMTH concept subdivision approval and approval and adopting the Traverse Mountain Area Plan. These two items were tabled until December 12.