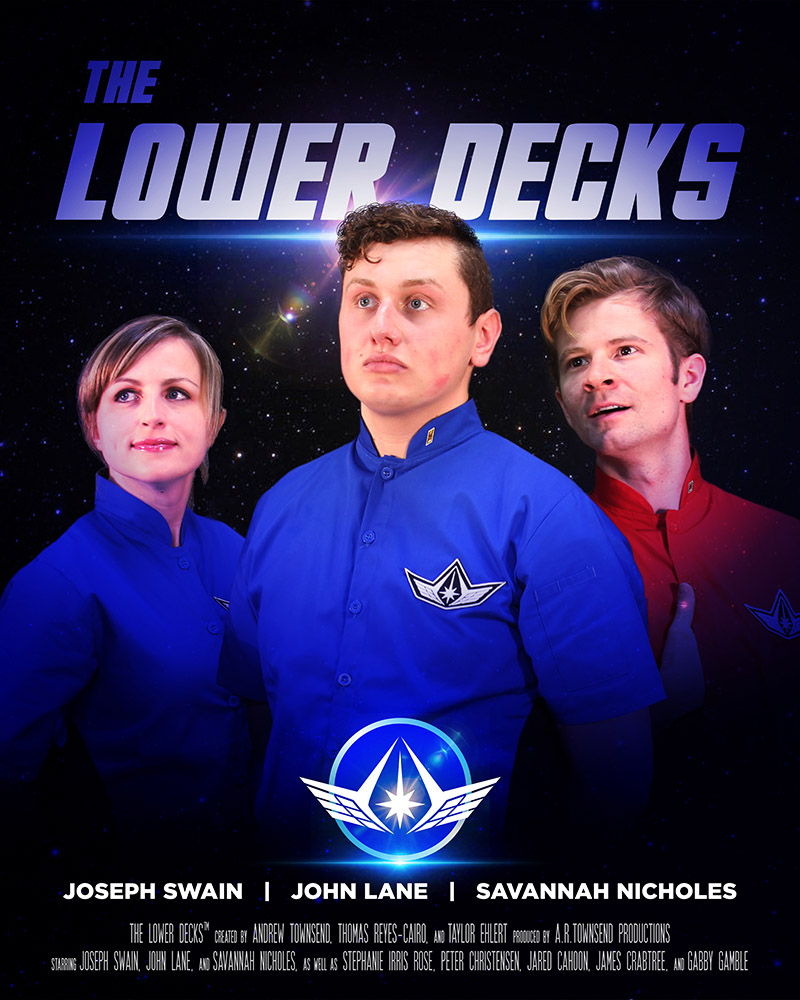 Have you ever wondered what happens below decks when a Federation starship takes a hit from a Romulan Warbird? Do the crew members down there even know what’s going on outside? What jobs are involved in cleanup after a hit? How do the lesser crew members “man their stations”?

A new pilot film just released on YouTube sets out answer all those questions, with a large dose of humor. It’s kind of a comedic Downtown Abbey for Star Trek. Instead of featuring the captain and commanding crew, it takes the viewer down into the operating levels of a star ship, a place where most guys are just trying to do their jobs.

Titled “The Lower Decks,” the show is directed by Andrew Townsend and produced by him in collaboration with Taylor Ehler and Thomas Reyes-Cairo. It stars three main characters with a handful of supporting cast.

Among the leads is Lehi resident Savannah Nichols, who plays over-achiever Ava Ryder. The show opens as she is discussing her brand new promotion with her friends, James Connor (played by Joseph Swain) and S. Hawkins (played by John Lane) in the hangout where they ditch work. Before long there’s a hit to the ship and Swain and Connor head to their posts below decks.

Nichols said she had a great time working on the film, which is actually her first foray into acting. “My costars are very funny people,” she said. “Most shows about starships and space focus on the bridge. It’s a new swing on it.” She said it appealed to her “geeky side.”

Townsend, who is the lead producer and director, has a degree in Cinematography from Utah Valley University. He spent a year as the head of video production at the Discovery Space Center. Reyes-Cairo is the writer, and Ehler “is the backbone of our comedy,” said Townsend.

Reyes-Cairo said the idea of this type of show has been in his head for a decade or more. He has always wondered, “What happens [on the ship] when the cameras are off?” Now he gets to decide how to answer that question and tell that story.

The producers all work together on a marketing team for a local business. They put the show together on their own time with a $2000 budget and countless volunteer hours from the cast and crew. All filming was done on Saturdays.

About half of the film was shot at the Renaissance Academy Fairpoint Space Education Center in northeast Lehi. The rest was shot at the Lion’s Gate Space Center in Saratoga Springs, with a short clip filmed at an Orem business’ warehouse.

A pilot film introduces the characters in a show and gives viewers a taste of the humor or drama the show will feature. The producers hope to run a Kickstarter campaign to raise the money for two more episodes at “a much higher quality.”

The show can be found on YouTube via a search for “The Lower Decks.” Viewers who like what they see can follow the producers on social media and they will be notified when the fundraising campaign begins.