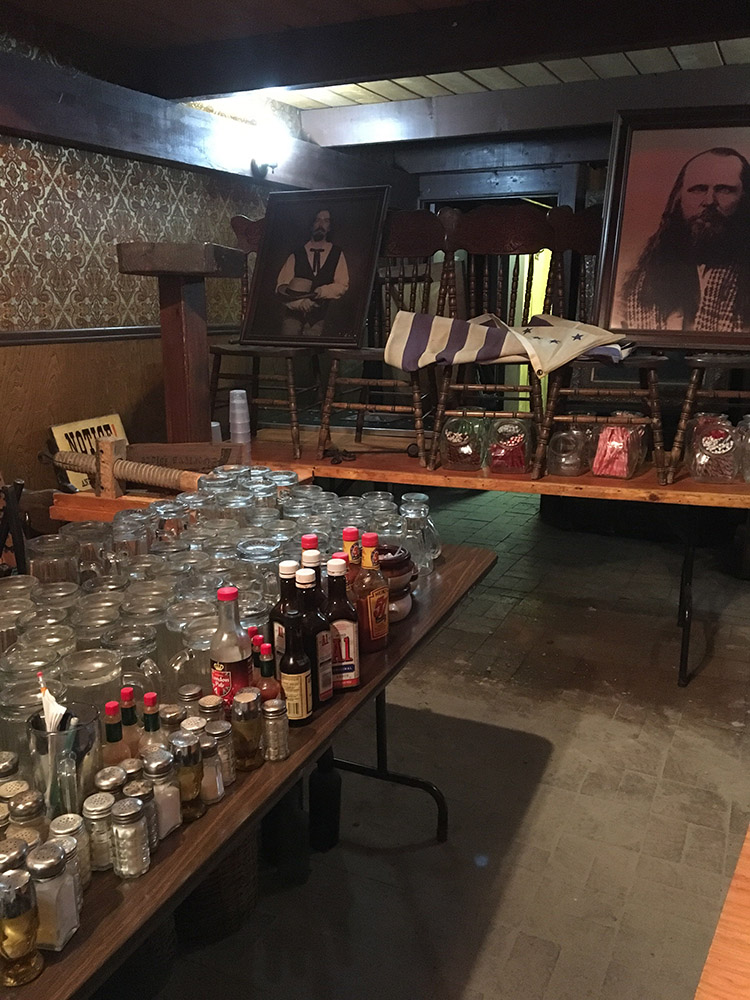 After over 30 years of continuous operation on Lehi’s Main Street, Porter’s Place has closed permanently. On January 17th, Bob Trepanier, owner of Porter’s Place, received a letter from Lehi City giving him a 60-day termination notice.

A portion of the text of the letter, obtained by the Lehi Free Press, is below:

After seriously and thoroughly considering the cost of the repairs necessary to bring the building to a condition that would allow Porter’s Place to resume operations, the City has decided to forego making the repairs and will instead issue a Request for Proposals (RFP) that includes the sale of the property. This letter will serve to fulfill the City’s requirement under Section 17.6 of the 2017-2018 Lease Agreement to provide at least 60 days’ notice of the termination of the lease upon the anticipated close of the sale of the property.

Mayor Johnson and the City Council regret that this decision will have an unfortunate impact upon you, your family, and your business. As stewards of the taxpayer’s money, however, and considering the fiduciary duty that is theirs, they found it necessary to make this difficult decision. The cost of the current repairs and the potential for more in the future due to the age of the building make the continued lease of the building financially unworkable.

The City recognizes the important space occupied by Porter’s Place in Lehi’s cultural history. The nostalgia and adoration that many of Lehi’s residents feel toward Porter’s Place cannot be overstated. Mayor Johnson and the City Council appreciate the long-standing relationship you have had with the City and are aware of the potential economic hardship that this may place on you.”

The restaurant is currently being dismantled. All the furnishings, antiques, art, the historic bar, and barn wood are in the process of being removed. When asked about his future plans, Trepanier said, “I am planning to relocate the business, but it will not be in Lehi.”

Porter’s Place was one of the few unique, sit-down eating establishments in Lehi. It has often been noted by City planners that there is a need for more restaurants that cater to business executives who wish to take clients to a place with an unhurried setting.

Lehi City assistant to the City Administrator, made the following statement on behalf of Lehi City:

“Our attorney sent a letter to Mr. Trepanier on January 17 notifying him that the city has decided to forego making repairs to the building and will instead issue a Request for Proposals (RFP) that includes the sale of the property. The Mayor and City Council have invited him to respond with a proposal to purchase the property.

We regret that the decision will have an unfortunate impact on Mr. Trepanier and his business. Porter’s Place has been an important part of Lehi’s cultural history. We would like to see the restaurant remain a part of our community and are willing to work with Mr. Trepanier to have that happen. However, as stewards of taxpayer dollars, the Mayor and City Council feel that the decision to sell the property was necessary.

The Mayor and city administration has reached out to Mr. Trepanier with an invitation to meet to discuss the future of Porter’s Place in Lehi.”

Lehi City will be issuing a request for proposal from interested parties to purchase the building. Many Lehi citizens remember Porter’s Place with great fondness and have expressed their feelings via social media portals.