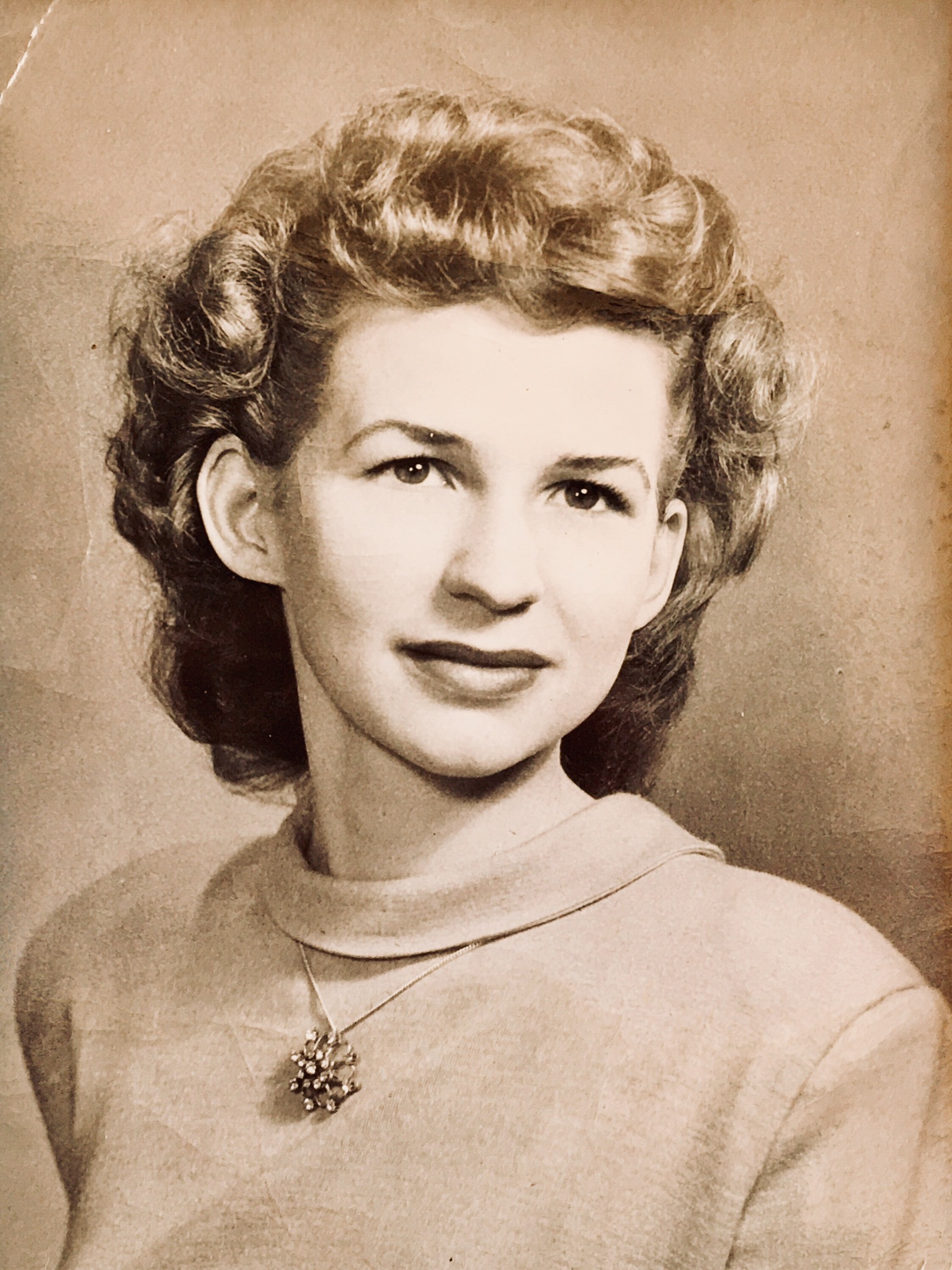 Shirley Fowler Bell was born January 20, 1931 to Kate and Daryl Fowler. She passed away May 6, 2018 in the American Fork hospital surrounded by her family whom she loved so dearly. The family would especially like to thank the staff of the intensive care unit who cared for her so graciously.

Shirley was born in a humble four-room bungalow that her parents built by hand, one of the first homes on the Lehi Bench. She was always very proud of her heritage: her mother was a pioneer from Denmark and her father was the grandson of Thomas Fowler who came from England with the first handcart company and served as Utah County’s first sheriff. At the time of her birth, her father was serving his second mission for the LDS church in the Central States. He later became the Mayor of Lehi, dying while in office.

Shirley attended Lehi High School where she acted as yearbook editor and participated in speech and debate, cheerleading and many dramatic productions. She graduated salutatorian of the class of 1948 and received a scholarship that made it possible to attend college at Utah State University in Logan, Utah.

She met Jay Bell, the love of her life, when she was 15. He was a student at rival American Fork High School and was brought to her attention as “the guy with yellow socks.” They were friends throughout high school. Their abiding friendship deepened into true love during her time at Utah State. They married September 1, 1950 in Lehi, Utah. The following year they were sealed for time and all eternity in the Logan temple. They enjoyed 66 beautiful years together full of love, adventure, and service.

In 1954 when Jay accepted an opportunity to live and work across the country, Shirley and he embarked on an adventure that truly shaped their lives, living in Los Angeles, Seattle, Chicago, Cleveland, New York, San Francisco, and Portland, raising five children along the way. They delighted in the opportunity to meet new people. They experienced great outdoor recreation in all the places they lived, especially enjoying hiking, boating, and camping. Shirley was still waterskiing though her 70’s and was meticulous in the care of her health. She loved travel and the opportunity to experience the arts in many forms and places. She loved beautiful vistas and gardens.

While in Portland, Shirley owned and operated a franchise of the Diet Center. Then with Jay, owned a distributorship of Linde Industrial Gases, where she kept the books.

Shirley and Jay served in many positions in the LDS church, including two full-time missions in London, England and Baguio, Philippines. They loved serving together, taking the message of the Savior to many people.

Shirley often worked with the youth inspiring them to learn, grow, and serve others. She was known for bringing people together with the gracious hospitality she provided in her home. She followed the Savior’s example in seeking out those in need, blessing them with her calm and caring nature while helping them find solutions to problems. She was quick to forgive and rarely offended. She preferred to serve rather than be served and always sought to do right rather than be right.

Understanding the eternal nature of the family, her family relationships became the grounding influence and driving force of her life. With the passing of three of her five children, she focused great energy on nurturing her grandchildren. Over the years, the family has grown to include her children’s spouses, 11 grandchildren, 25 great-grandchildren and a great great granddaughter arriving in July.

Funeral Services will be held Saturday, May 19 at 11 a.m. at the Alpine 6th Ward, 901 East Village Way, Alpine, Utah, where a viewing will be held prior from 9 to 10:30 a.m. Interment: Orem City Cemetery. Funeral Directors: Utah Valley Mortuary. Condolences may be expressed to the family at www.uvfuneral.com.