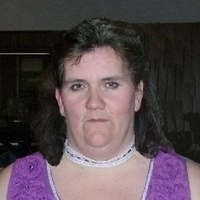 Sidney Scown Gray 52 of Lehi, Utah passed away from complications of Cancer on May 2, 2018. She was born April 9, 1966 the youngest of 8 children of Vincent Fox Scown and Melba Stanley Scown.

Graduated from Lehi High and worked many years at Saratoga Resort, Mervyns, and was working at Walmart along with her son, Ryan Vincent Scown. She loved salmon fishing and water rafting in her younger years and enjoyed canning and gardening later in life. She was an avid fan of the Utah Jazz. She married Allen F. Gray January 19, 2010.