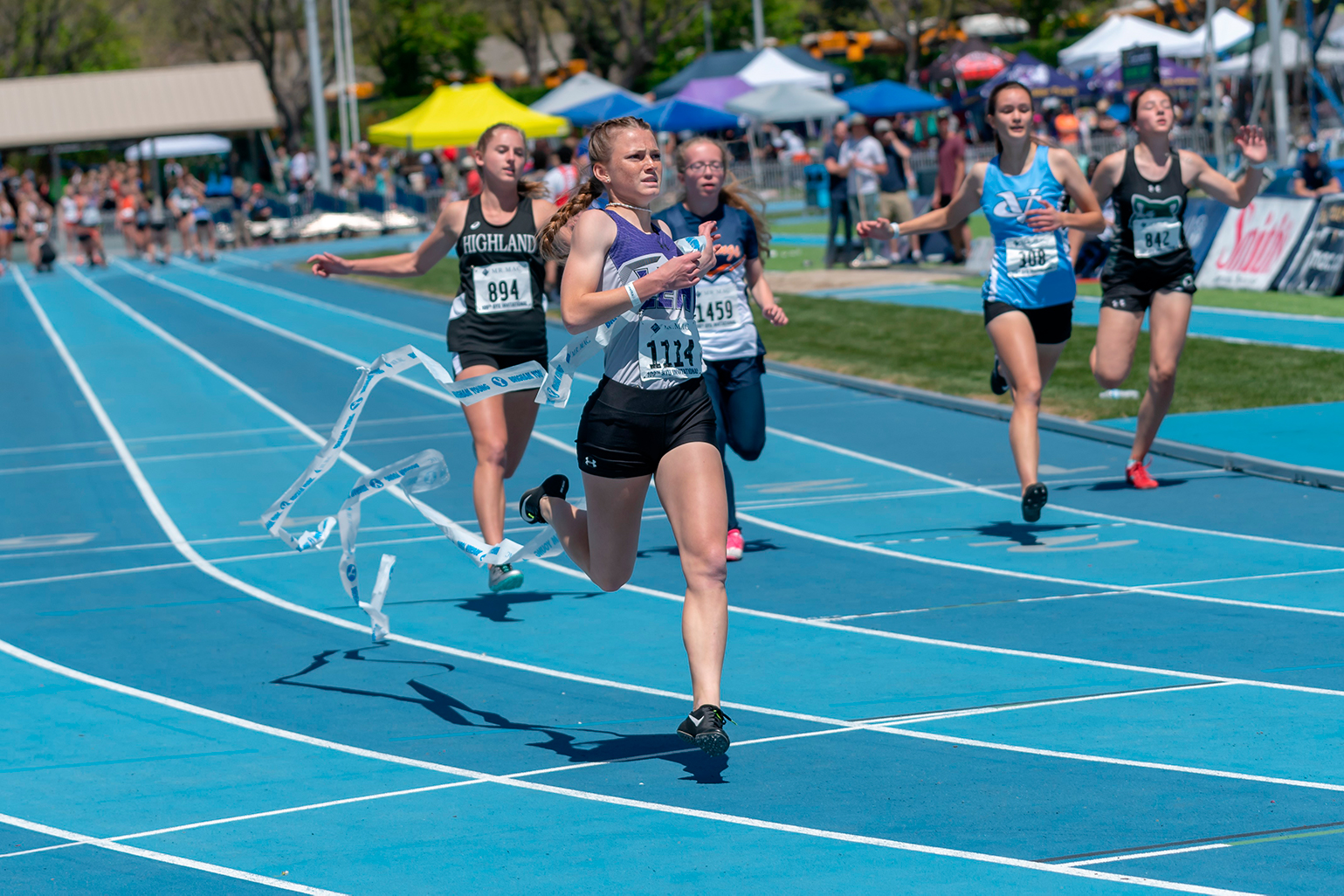 The 109th annual BYU Invitational Meet was held Friday and Saturday, May 3-4 at the Clarence R. Robison Track and Field Complex in Provo. This event featured many of the top track and field athletes from the Intermountain area. Athletes must meet qualifying standards in order to compete. This year, 82 girls teams and 80 boys teams from Utah, Wyoming, Idaho and Nevada participated. Outstanding individual performances from Lehi and Skyridge High School athletes are summarized below.

The girls and boys team both placed 17th in their divisions. The combined Pioneer team score earned them 16th place.

Trey placed first in the shot put with a throw of 54-07.00, a new personal record and the second best throw in the state so far this year. He also threw the discus at the meet, but fouled on each of his attempts.

Amy’s 100 Meter time of 12.39 seconds in the preliminary heat was the fastest time posted at the meet during both the preliminary and final heats – and is the fastest official, wind-legal time in the state this year. However, she had a disappointing run in the finals and placed 7th. Ballard rebounded in the 200 Meter finals placing 3rd, setting a new personal best at 25.37 seconds – the 3rd fastest time in the 200 Meter so far this year. She also placed 6th in the long jump leaping 17-00.25.

Anna did not compete at this meet. However, she ran the week before at the Tiger Trials Invitational at Orem High School winning the 3200 Meter in 11:15.92. Anna has been recovering from an injury this season. She posted her personal best time in this event (10:45:01) at last year’s BYU Invitational Meet.

Calli had a strong indoor season, but has been injured for most of the outdoor season. She placed 8th in the 200 Meter with a time of 26.14. She also anchored the 4 x 100 Meter relay team that placed 6th.

Christian’s 144-02.75 discus throw earned third place. His 161-08 throw at the Utah Valley Invitational earlier in the season is his personal record and the second best throw in the state so far.

Monica threw the javelin 105-11.75 to earn seventh place in the event.

Josh placed first in the 400 Meter run with a time of 48.43 seconds. His time in the preliminary heat (48.07 seconds) is the second fastest in the state so far this season. He placed second in the 200 Meter running 22.22 seconds – the sixth fastest time in the state. Josh also anchored the 5th place 4 x 400 Meter relay team. Only two more weeks remain in the track and field season. The Lehi Pioneers will compete in the 4A Region 10 Championship Meet at Mountain View High School on Wednesday, May 8and Thursday, May 9. The Skyridge Falcons travel to Provo High School for the 5A Region 8 Championship Meet on the same days. The State Track and Field Championships will be held May 16-18 at the Clarence F. Robison Stadium on the campus of Brigham University. Lehi will compete with the other 4A teams on Friday, May 17 and Saturday, May 18. Skyridge will compete with the 5A classification teams on Thursday, May 16and Saturday, May 18.