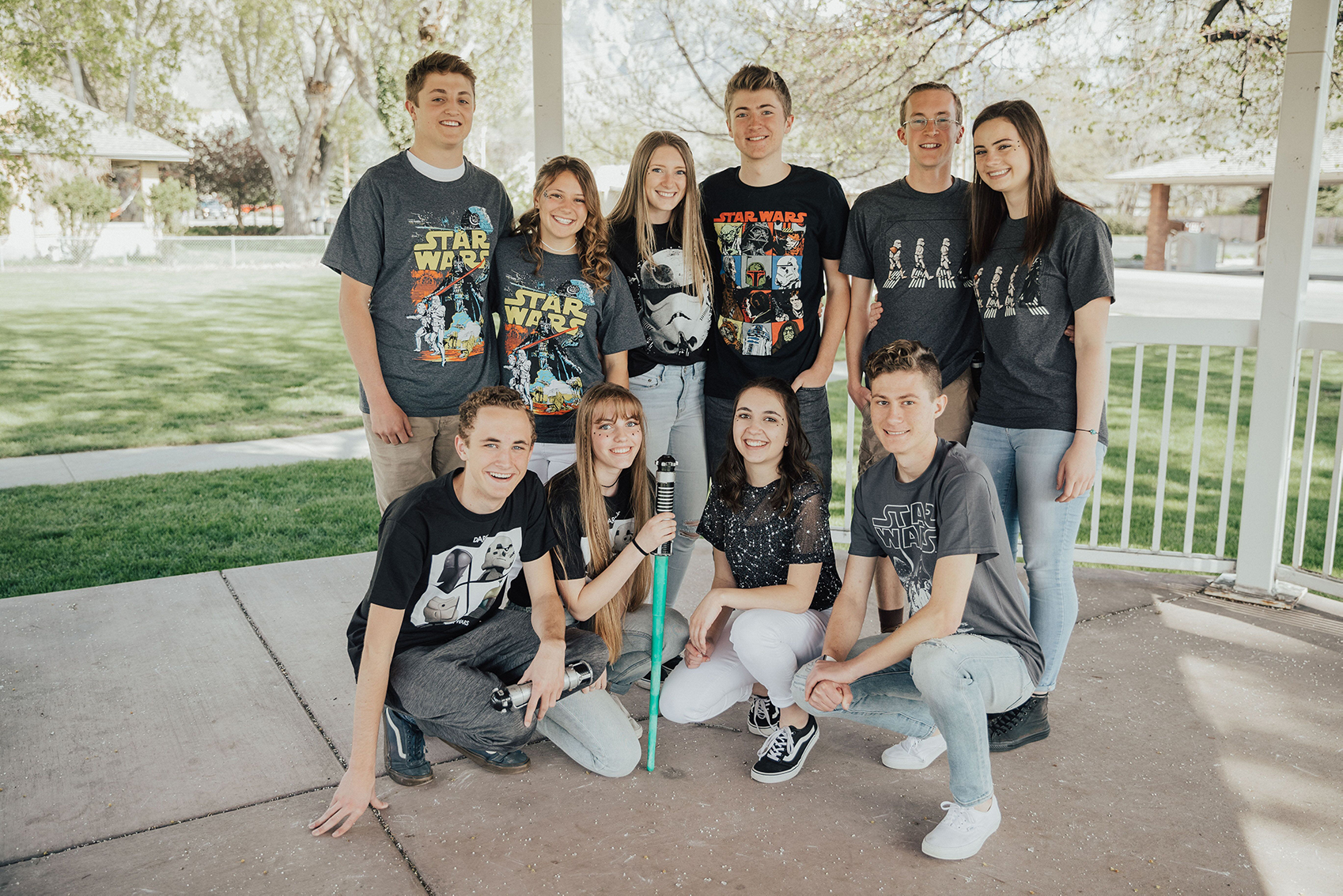 What are Lehi area high school seniors’ plans post-graduation? That was the question we asked 39 seniors at Lehi and Skyridge high schools. 21 students are planning to attend a four-year institution of higher education, 15 are planning on serving a mission for the Church of Jesus Christ of Latter-day Saints, and three are going to a trade school.

The breakdown of plans sounds very typical, said Skyridge Guidance Counselor Lynn Meek. “We have a very high percentage that serve an LDS mission right out of high school or head straight to a four-year institution.”

Meek has been in Lehi schools for 27 years and said the educational landscape has changed quite a bit, which in turn has led to new trends. “We have a highly educated group of parents and I think family expectations, for better or for worse, are that kids go on to four-year institutions,” he said.

Mary Demunbrun has an 18-year-old son, who doesn’t have plans for college, and a 17-year-old daughter who graduated early and plans to attend a four-year school in the fall. She said she was open to what her children wanted to do. “There’s not really a one-size-fits-all. I kind of let them take the lead in what they wanted their future to look like.”

Meek said parents should be aware of their child’s specific interests and skills and not push a bachelor’s degree in every situation.

Counselors in high schools are trying to dispel the perception among parents that their student is making a huge mistake if they don’t attend a four-year school. “Some kids who don’t love school will still go to a four-year college because that’s the expectation of family and friends, and they’ll end up dropping out. In reality, they’re better off starting somewhere else in the first place,” Meek said.

Demunbrun recalls her own experience with college, saying she went to a four-year institution, even though she didn’t really want to. “I ended up wasting my parent’s money because I eventually dropped out and pursued something else,” she said.

Meek encourages parents to examine their mindset about college. “Instead of just hardcore beliefs about academics, make sure there’s a balance,” he said. Meek said it’s important for parents to remember their child can still make a good living, and the world has changed. “10 years ago, my advice might be different,” he said. “That’s not the world we live in anymore.”

When looking at college from a different perspective however, there seem to be plenty of benefits for young adults to attend a college away from home. Michelle Bainum raised five kids in Lehi, and she said there was a “total expectation” for her children to all go to college. “My husband and I were educated, and we knew the benefits of going to college,” she said. “It’s a stepping stone into adult life.”

Bainum said she saw college as the safest pathway to make that transition. “I felt more comfortable with my children going away to college to learn those life skills in a safer environment,” she explained.

Meek argued not all college campuses are safe places to step into adulthood- but did understand Bainum’s point of view. “Just like everything we’ve been saying- it’s all dependent on the child,” Meek said. “I don’t agree with that as a blanket statement but agree there are benefits outside the classroom for students to attend a four-year college.” Meek added he believes there are several different options for high-school graduates to transition into the adult life. “Two-year colleges and even tech colleges offer a lot of those same benefits,” he explained.

Even if children don’t leave with a diploma, Bainum pointed out the benefits colleges offer young adults. “You get general exposure to the world. It’s balanced. There are liberal views, conservative views, learning about the past, and learning about the future. If you just go into a job sometimes you don’t get that broad perspective,” she said. Mike Hardle is raising teenagers in Lehi and he said the ability to “pretty much teach yourself anything and everything these days on the internet” means the need for college has changed. “20 years ago, you had to go to college to have access and proper education, and I don’t feel that’s the same anymore,” he said.

Party like it is 1869–150th Golden Spike anniversary celebration