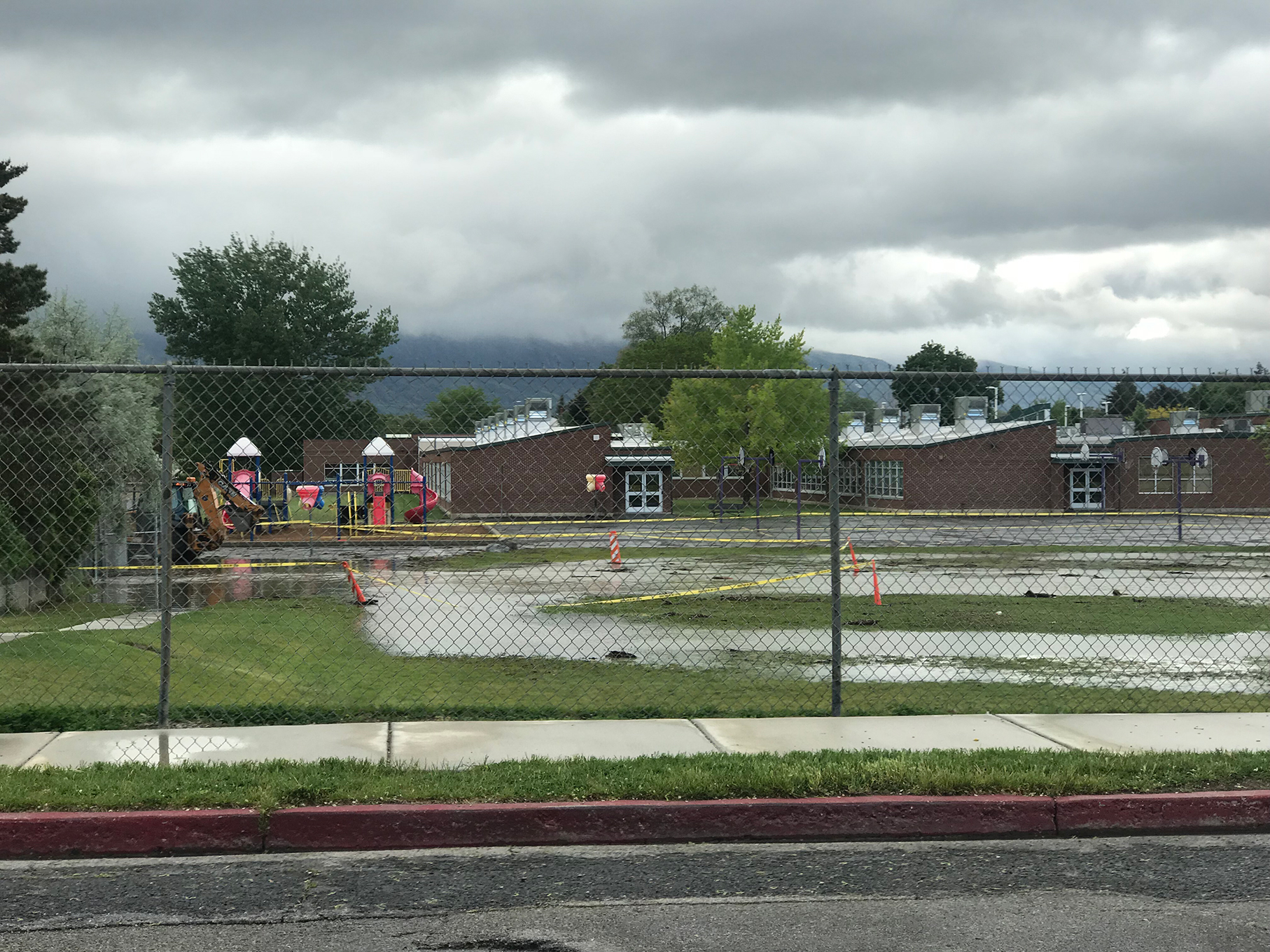 “It was a perfect storm,” stated Gary Thomas, Assistant Water Director, describing the events that led up to the flooding of the playground at Lehi Elementary and several homes in the area nearby. On Wednesday, May 15, Lehi City crews congregated at Lehi Elementary to begin clearing screens on Dry Creek, but with the monsoon-like winds and rain filling the creek with limbs and debris, the water surged above the banks and flooded the back of the school and several homes.

“We have taken measures to mitigate flooding risks,” said Thomas. “We have placed sandbags around the school and other vulnerable areas We have four full-time employees on duty 24/7. We have made arrangements with North Bench Irrigation Company to pull 30 CFS off Dry Creek. We have also asked Lehi Irrigation to fill any ditch they can to pull pressure off the channels.”

Thomas continued to relate that almost all the channels have been rebuilt and there are only three or four problem areas. The City is also looking for grant money to help with the reconstruction of the remaining trouble spots. Thomas reiterated, “We are on top of it.”

The Lehi Free Press surveyed the flood control area north and east of Lehi where the new Dry Creek Reservoir will be built and found it nearly full. Thomas said the water level is monitored by a computer system and when it reaches eight feet, water is pulled out. The new Dry Creek Reservoir will serve as both a water collection facility, a recreation area, and will help with flood control. Long-time Lehi residents remember the floods of 1983. Lehi was unprepared for water that came down Dry Creek that year. Many backyards were flooded, and some streets were impassable. Steps have been taken by forward-thinking City officials to address the problem of flooding. Dry Creek and the waste ditch that runs parallel with Dry Creek have all been dredged in recent years. While Mother Nature is unpredictable, Lehi City is aware of ongoing flooding potential in the area, particularly with above-average snowpack in the mountains, which is thawing as a wet Spring continues.