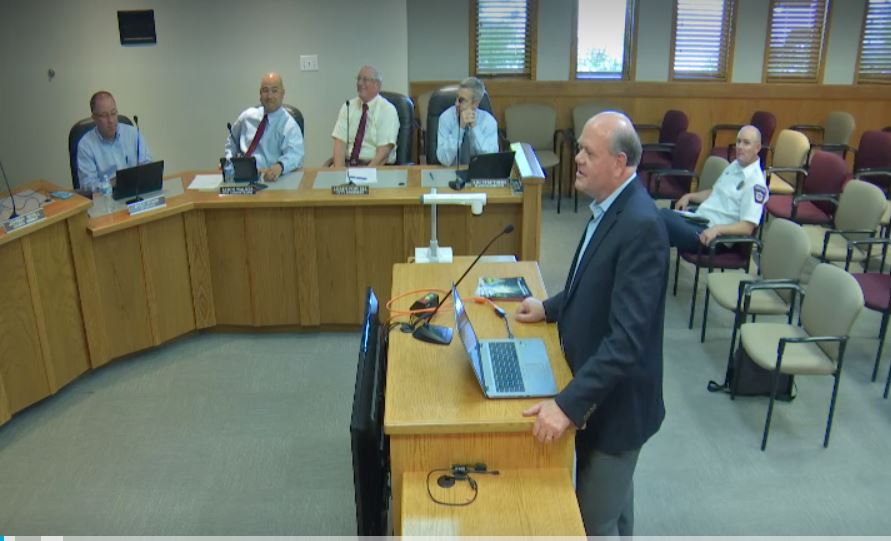 The lack of city and county funding provided to Thanksgiving Point is the biggest reason Mike Washburn, President, and CEO of Thanksgiving Point, is seeking to build high-density housing and mixed-use retail projects to the area. “Truly, if we could continue to fundraise and build mission-oriented things, we probably wouldn’t be talking about building additional buildings and building additional high-density residential housing….the reality is we can’t. If we got $2 million a year like the symphony and the zoo does, we would probably be more tempted to do that,” Washburn said during his presentation to Lehi City Council on May 14.

Washburn is referring to other cultural institutions that receive annual county or city funding. For example, The Hogle Zoo and Utah Symphony receive roughly $2 million each year. Red Butte Gardens receives roughly $1 million and the Scera Theater in Orem receives $507 thousand annually. “We estimate our revenue this year to reach $23.25 million, our biggest year ever,” Washburn said. But said 83% of that revenue goes back into delivering the experiences they provide.

In a presentation to City Council, Washburn shared the economic impact Thanksgiving Point has on the rest of Lehi City. The annual visitors at Thanksgiving Point are anticipated to reach 2.3-2.4 million in 2019, with 82% of visitors being Utah residents. Visitors from Lehi is around 18%. “Something of interest is 1.7 million visitors are coming to Lehi outside of Lehi. It’s a huge population that visit Thanksgiving Point and spend money in Lehi,” Washburn said to the committee.

According to a local economic study from 2016, every guest who visits Thanksgiving Point spends an average of an additional $22 in the community, bringing in $3.4 million in tax revenue. “We have a significant impact on the region in spending,” Washburn said. An additional 2016 study revealed the social impact from Thanksgiving Point, with families reported an “increased understanding of the natural world and learning processes, improved scientific questioning and exploration, and increased self-confidence and positive outlook.”

“I think we all can generally feel good about our experiences at Thanksgiving Point, but there’s a larger impact we don’t always think about on a daily basis,” Washburn said.

Lehi City Council member Paige Albrecht said while it’s clear Thanksgiving point has contributed a great deal to Lehi, both economically and culturally, it’s not enough to agree on this development as it was presented.

“As they’ve expanded, the traffic nightmares for residents have grown a great deal worse. I’m unwilling to consider a proposal like this until Thanksgiving Point does more to address the traffic issue. Simply locating this project near public transit isn’t enough,” Albrecht said.

Washburn said the goal for the added real estate developments is to develop long-term cash flow “that doesn’t rely on the daily operations and the challenges of making money with museums. We want to do it well and appropriately. We’re trying to figure out mass transit and want to be part of that solution as well.”

The presentation included the following breakdown for potential development:


Washburn presented a graph of the revenue streams into Thanksgiving point. 4% comes from government funding for their educational programs that take lessons to grade schools and middle schools across the state. Private funding accounts for 17%, earned income accounts for an estimated 79%. “Compare that to larger museums with earned income of 37%,” Washburn said. “We feel good about that number. We want to pay our way.”