Hardman hopes to level up to Ultimate Fighting Championship 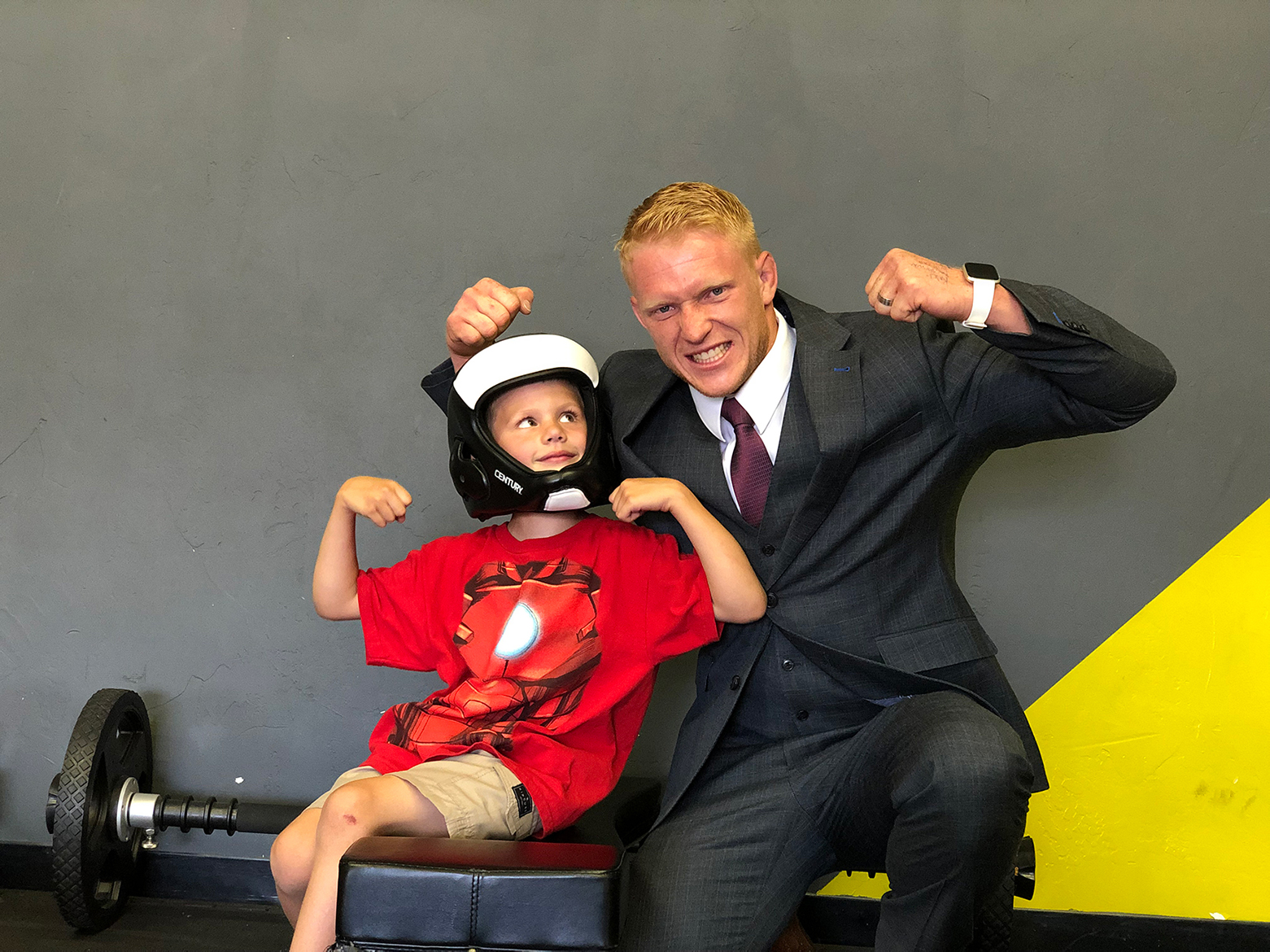 Lehi native, Carson Hardman, 24, is about to have one of the biggest Mixed Martial Arts (MMA) fights of his life and hopes afterward to fight for the Ultimate Fighting Championship (UFC), which features the highest-level fighters in the MMA business.

Hardman, a 2013 graduate of Lehi HIgh School, said training and fighting helped him get through some dark days of high school and that he found a father figure in his longtime coach, Mark Balcer. Balcer is a supportive coach, mentor, and owner of the gym Xcite MMA and Valley Kids Karate Center, located at 628 E. State Street in Lehi, where Hardman trains.

“Many people think that MMA is too violent of a sport, but for me, it saved me. I feel like fighting has even become a sort of spiritual experience for me,” said Hardman. “It has helped me with anxiety and depression, and I fell in love with fighting the first time I did it. I really see it as ‘rough housing’ for a profession.”

MMA uses the techniques of wrestling, grappling, boxing, kickboxing, and Brazilian Jiu Jitsu. “In a fight I use my hands, elbows, knees, legs, and kicks,” Hardman explained. He took up kick boxing to get in shape after he broke his ankle twice while skateboarding as a kid and young teen. “I was getting fat and was not in shape, so I signed up to learn to kickbox. I got hooked and told my coach I was going to fight professionally one day,” Hardman continued.

After four years of training Hardman had is first amateur fight in 2013 at the age of 18. “No one was expecting a ‘hoe-down farm boy from Lehi’ to do much of anything in the tournament, but I went with a mount triangle move that my opponent, who was 24 years-old, was not expecting, and I won my first fight,” he recalled.

Hardman continued training after he served a two-year mission for the Church of Jesus Christ of Latter-day Saints. He became a professional fighter after his return.

“We are entertainers, but there is a strategy and a mindfulness about the way I fight,” Hardman said. He has learned to train smarter over the years with Balcer by his side as a coach. Hardman’s workouts include about 20-25 hours per week of high interval intensity training and conditioning, and his training week includes several sessions of doing 1000 reps of drills that include footwork, punching and kicking. He works out six days a week.

When he is not training, Hardman works at the gym training kids and teens, and he also works part time for a closet organization company, theclosetguycut.com. Carson Hardman is married with a five-year-old son, Bentley, and still lives in Lehi. “I work as much as I can to support my family while I follow my dreams of signing with the UFC. I eat a lot, because I work off about 5,000 calories a day. I am healthier than I have ever been and faster and more mentally attentive,” he said.  “My wife, Jamie, is supportive in all aspects of my career and she helps with my nutritional, emotional and spiritual needs. I love and appreciate her.” Hardman also said he does not take performance enhancing drugs or steroids.

“My dad really knows how to kick hard,” said son, Bentley, who also trains at the gym.

Going into Friday’s fight, Hardman, who is 5’11” and weighs in at 170 pounds, will be fighting in the Welterweight division and he has a record of eight wins and one loss. The fight will be held on Friday, June 28, at the Union Event Center located at 235 N. 500 West in Salt Lake City.