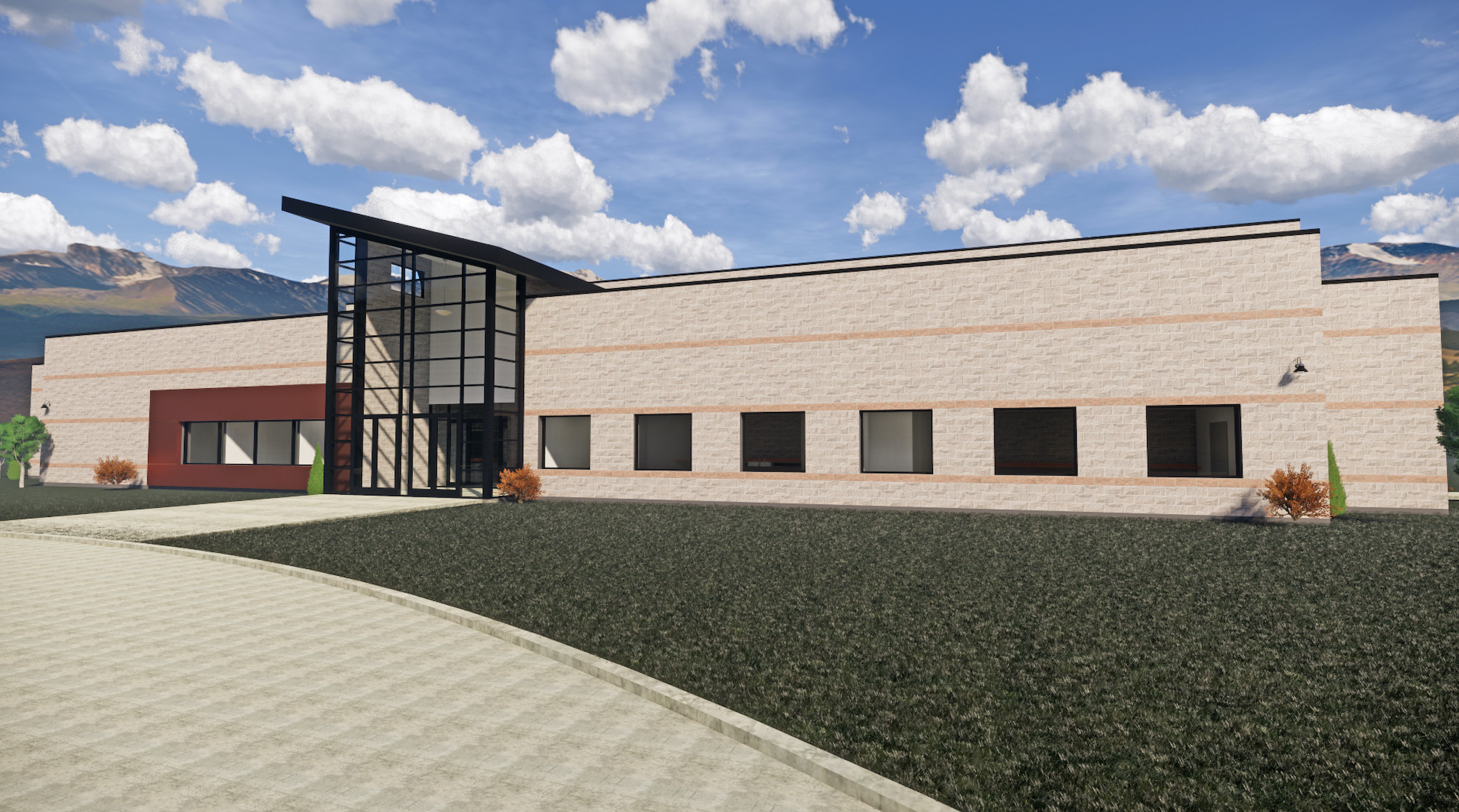 The first item on the November 14 agenda was a significantly altered concept from Aspire Create Arts Group for a dance studio at 2900 North 1200 West. Scott and Cassie Warner have presented their plans before the Planning Commission many times over the last few months, always accompanied by surrounding neighbors who object to the Neighborhood Commercial development. The Warners presented a new option for two buildings connected by a breezeway as well as an option for a single, 6,500 square foot building option. “Each building in any area you’re considering in Lehi is taken on its own merits whether it fits the intent of the zone. You’re not necessarily setting a precedent for allowing a larger footprint later on when you’re faced with other buildings coming before the Commission,” said Scott Warner.

“This is the best concept we’ve seen so far. Whatever you do here sets a precedent for the field to the north. If they get a bigger building it makes it easier for developers in that field to get a bigger building. You need to consider the ramifications,” said Mike Shriner, a neighbor to the northeast of the proposed development. During the Public Hearing, four more neighbors expressed their concern about dust and the need for a better buffer between the Neighborhood Commercial property and the residential neighbors, especially the farms. All the residents who made comments preferred the two-building option and moving the buildings to the north side of the property.

“If the two buildings are approved, that is significantly more square footage than the one building. We would love to move to the north side of the lot, we’re just following the DRC comments,” said Warner. Lehi City staff explained the need for alignment of the roads but agreed that could be accomplished if the buildings were moved.

The Commissioners had a brief discussion about sticking to the code and not setting a precedent for larger buildings in the Neighborhood Commercial zone. They made a motion to approve the Warner’s revised concept, particularly the two-building option, with the suggestion they place the building on the north side of the lot. The motion passed unanimously.

George Bori’s request to change the land use designation of .10 acres of property on 3118 North 1200 West from VLDR (very low density residential) to NC (neighborhood commercial) drew concerned residents to speak during the public hearing. The property would be used for a parking lot that would serve the KidConnect Daycare on the adjacent land that is already in an NC zone.

“I live next to this lot and I didn’t get a letter. I’m here because my neighbors told me about this was on the agenda tonight. As of today, there isn’t one of those orange signs on the property. They are trying to sneak more land into Neighborhood Commercial. There are plenty of options for parking,” said Tyler Anderson.

“It looks like a small change on the map, but it really isn’t,” added Jenna Rowley, a Lehi resident and nearby neighbor. Members of the Planning Commission discussed the advantages and disadvantages of changing the portion of the property. “We’re really pushing Neighborhood Commercial in this area,” said Commissioner Jared Peterson.

“Changing it would make the neighborhood more walkable and connected. If we leave it as is, it’s awkward,” said Commissioner Abe Nielsen. “If they tear down this building one day, they could put up any commercial building,” said Commissioner Tyson Eyre. Commissioner Brent Everett made a motion to send a negative recommendation to the City Council for George Bori’s request to change the land use designation on his .10 acres and the motion passed four to two.

Design West Architects presented the Planning Commission their concept plan for The Curtis Center, a community center for individuals with disabilities to be located at 2800 West 2100 North, just west of Olympic Park. “We’re currently serving the special needs community, but we don’t have a facility of our own. We lease a building that can serve 40 individuals, but we have a waiting list and we could serve more. We’re appreciative of the support of Lehi City,” said Michelle Holbrook, the founder and president of Just For Kids, a non-profit organization that offers continuing education and programs for individuals with special needs who have graduated from high school.

The Curtis Center will be on 40 acres near the Jordan River. “We will utilize the river and the keep the area pristine,” said Holbrook. During the Public Hearing, Mayor Mark Johnson said, “This is an opportunity for the City to collaborate with The Curtis Center. City staff will be operating this facility as part of the agreement that has been in the works for years. It will serve as an extension of the Legacy Center. The Curtis Center will have a large stage and auditorium where we will put on community productions. We’re excited about this.”

Members of the Planning Commission expressed thanks to the Holbrook family, enthusiastically and voted unanimously to approve the concept plan for The Curtis Center.

DR Horton’s request for a preliminary subdivision review of Cold Springs MD2, a 192-unit residential development at Old Ranch Road and Cold Springs Drive, sparked a discussion among the Commissioners about open space and density. The concept plan was approved unanimously, but the discussion carried over to the next item, Kent England’s request to remove 36-acres from the Urban Tech Mixed Use Design Designation and make it General Non-Residential Design Designation. England has a concept for a 16-acre commercial site at 1441 West Innovation Way and he needs to amend the Development Code for his concept.

The Planning Commission voted to recommend approval for amending the Development Code on the 36 acres, changing it to General Non-Residential Design Designation.

“We’re putting ten pounds in a five-pound bag here. Why not go higher with your buildings and leave open space? These developments aren’t innovative or creative at all. It’s just a place people drive to for work, then come home. They’re a ghost town after 5 p.m. At some point we’re done developing and this is what we get in Lehi,” said Commissioner Abe Nielsen. Commissioner Jared Peterson motioned to deny the concept plan for Innovation Pointe, a 16-acre commercial site at 1441 West Innovation Way because the open space requirement was not met. The motion to deny was approved with one dissenting vote.