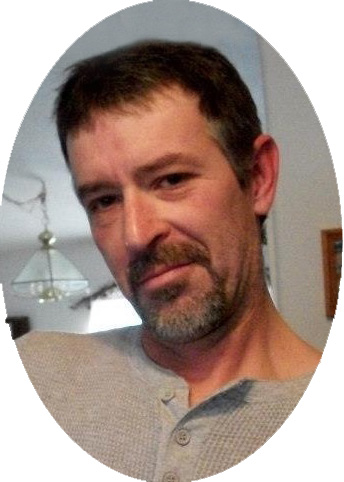 It is with a heavy heart that we announce the passing of Steven Madsen of Salina, Utah, on December 1, 2019.

Steve was the son of Lewis and Jackie (Gooch) Madsen, born April 2, 1970.  He joined a large and loving family of parents, grandparents, aunts & uncles, and a boatload of cousins.  Steve spent his younger years exploring the back roads and fields of American Fork, Lehi, and Koosharem Utah.  He had his little brother, Rob, at his side, always with a few cousins and neighborhood friends.  In his teen years his family had settled in Lehi, and he went to Lehi High School, graduating with the class of 1988.  Soon after graduation he married his sweetheart and co-conspirator, Deanna Meyers.  The two of them married in 1990, and their family grew by two beautiful children, Jesse and Shelbie.  Over the years Steve and Deanna enjoyed each other’s company immensely, raising their son and daughter, and continuing to explore the back roads and hillsides everywhere they went.  Camping was a favorite activity, and the more remote, the better.  Steve knew where all the awesome petro glyphs were in his area, and was always on the lookout for some amazing thing nature would provide for his and his family’s enjoyment.  He enjoyed sagebrush and tumbleweeds, and took to flint-knapping as a hobby, creating gorgeous arrowheads and turning them in to jewelry.  By way of trade, he studied welding at Snow College in Richfield, Utah.  Recently Steve had also started collecting native seeds to be used by the BLM and other services for reseeding blighted areas.

Around 2003 Steve and Deanna’s little family suffered the devastating blow of multiple deaths in their extended family, including the loss both of Steve’s parents and of Deanna’s.  The unexpected loss of Steve’s mom, Jackie (Gooch) Madsen, was a dark period for Steve and his family.  Steve never fully recovered from his mom’s death and suffered terrible depression for many years.  Although he had been improving recently, the relationship between him and Deanna would never be the same.  Ultimately his mental anguish became too much to bear, and Steve took both his life and Deanna’s.

Their death does not define their legacy. They had talents, made contributions, and touched others’ lives in wonderful and meaningful ways. They were and still are, deeply loved. We cherish the memory of both of them.

Steve is survived by his children, Jesse (Tarah Nielson) Madsen, and Shelbie Madsen, 2 grandsons, and a granddaughter, his brother Andy Madsen, as well as his beloved aunt Bobby Madsen, his mom’s sister.  Steve is also survived by nieces, nephews, several Aunts and Uncles, his boatload of cousins, and his dearly loved dogs, pitties Bronson and Sandy.

Funeral held December 21 at 11 a.m. at the Springer Turner Funeral Home in Richfield, Utah, followed by internment at Koosharem City Cemetery at 12:30 p.m.

In lieu of flowers, please send donations to  https://www.gofundme.com/f/z82ju-double-funeral, or https://www.facebook.com/donate/560983764690035/.  Both of these fundraisers have been established to help Steve and Deanna’s children with funeral costs.