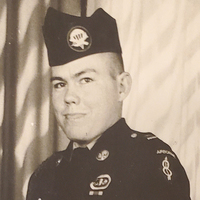 George Irving Barber age 76, passed away peacefully on February 12, 2020, at his home in Lehi with his loving wife by his side. George was born July 20, 1943, in Thermopolis, Wyoming.

George was retired from the United States Army, where he served his country with honor for 21 years. He married his eternal companion Jackie Beebe on March 4, 1999.