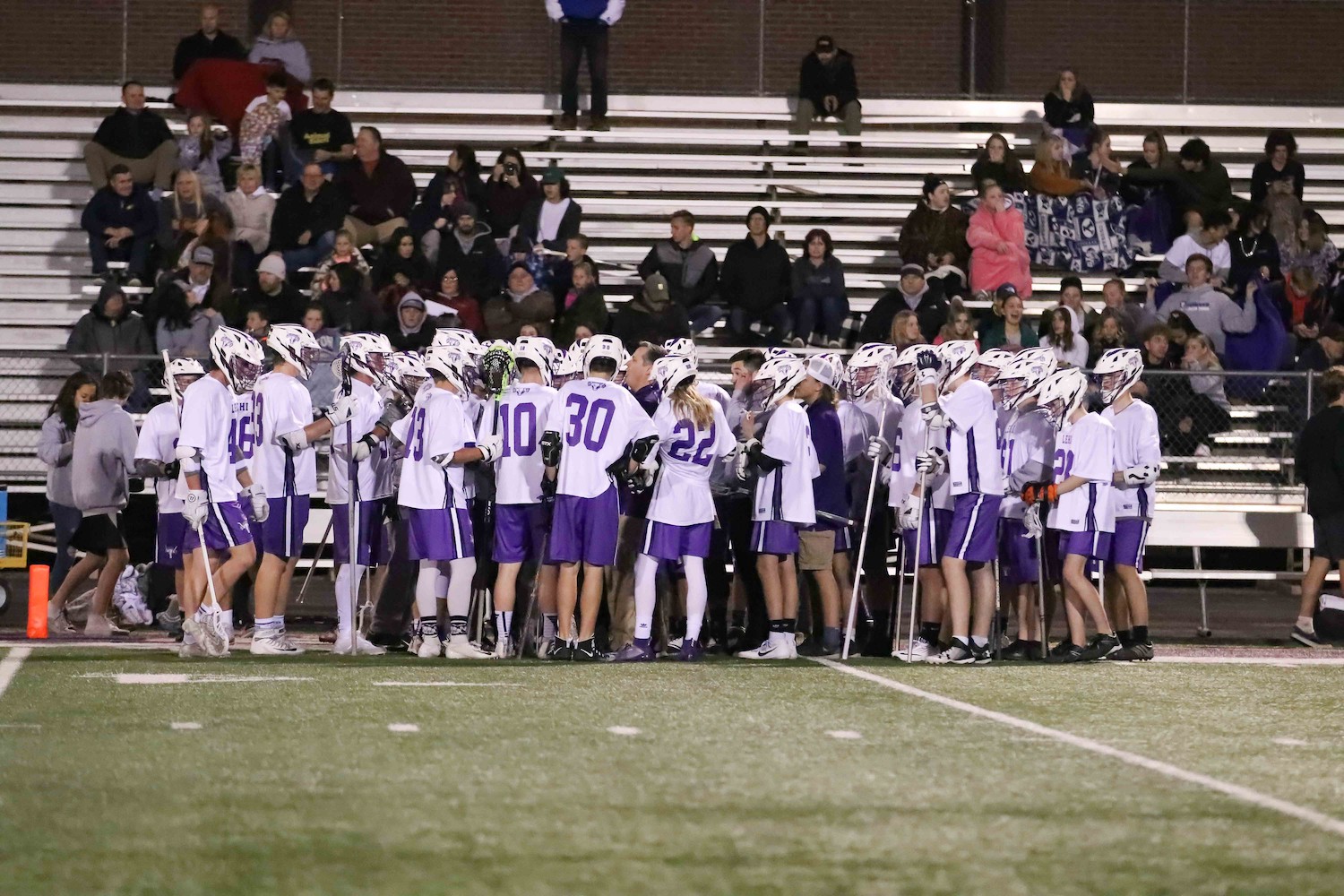 Lacrosse is an up-and-coming sport that is gaining popularity, particularly in the western United States where it has been less established than on the east coast. Beginning in the current 2019-2020 school year, lacrosse became an official Utah High School Activities Association sport. As a sanctioned sport, teams (both boys and girls lacrosse) are now operated directly through high schools rather than through community clubs.

Lehi has had club lacrosse for many years, but among the high school-age boys, the vast majority attend Skyridge High School. Lehi High School, however, had comparatively few boys with prior lacrosse experience. Some boys and parents worried that Lehi High School wouldn’t have enough players to field a team this season. Only seven returning boys played on a high school level last season, and only two had played on the varsity level. Without a team at Lehi High School, those boys had the option to either transfer to another school or to simply stop playing competitive lacrosse.

Conner Crutchfield, senior at LHS, and his parents contacted Principal Doug Webb and at the time Athletic Director Jason Flinders, who quickly scheduled discovery meetings. In one meeting Principal Webb asked Conner and juniors Jaysten Larsen and Tyson King if they could find enough boys for a team. The players were optimistic, but not entirely certain. Fortunately, the Administration took it on faith that there would be enough interest to field a team and they set out to locate a coach.

With coaches in place, Alpine School District provided the team with fifty uniforms, sticks, helmets, and some other necessary equipment. By Fall, most of the key elements were in place: a supportive administration, a coaching staff, and equipment to outfit the team. The question remained, though, how many boys would come out to play?

To raise awareness of the new sport, a couple of boys staffed a table for the school’s “Club Rush.” The results were very promising with fifteen boys expressing interest in the upcoming season. Since a lacrosse team has ten positions on the field (goalie, three attackers, three midfielders, and three defenders), there were probably just enough boys for one team. It was impossible to know, though, how many would actually show up for the season.

The first real indication of participation was apparent in late January when boys self-organized their pre-season workouts. About twenty boys were attending and most didn’t own lacrosse equipment. New equipment was coming for the season but wasn’t yet available. Fortunately, Lehi is an amazing community. LHS boys shared what gear they had, the Lehi/Skyridge youth club graciously provided field equipment, and friends from Skyridge loaned some of their lacrosse sticks to LHS players. This generosity enabled new players to make sure they loved the sport before spending a lot of money on their gear.

Encouraged by this pre-season turnout, Coach Moreau wondered if there might be enough players to field two teams–both Varsity and Junior Varsity squads. About thirty players would be needed. As it turned out, that wouldn’t be a problem at all.

On February 24, the official start date of the season, the team had over forty boys ready to play, many of whom had been attending pre-season workouts run by the boys.

On March 2, the team debuted their newly acquired skills to a crowd of several hundred for the Purple vs White game. For many fans, this was their first experience seeing lacrosse. The team allowed younger fans to get acquainted with the fundamentals at various stations on the field.

What these LHS boys teams lack in experience, they make up for in enthusiasm for this new sport.

When asked how her son was feeling about lacrosse so far, Meghan Shippen responded, “Dax didn’t know anything about the sport, but all it took was a couple of practices and he was hooked. He loves lacrosse now and is so happy he became a part of this team.” Dax is a junior and scored his first goal on Thursday.

Shayna Swenson said her son Peyton is enjoying the new opportunity, “He looks forward to practices and games thanks to great coaches who care, as well as players who are very encouraging to each other and quickly becoming great friends.”

Cade Beck, a freshman player said “I like that there’s a good mix of mental and physical challenges to the game. The culture, friendship, and feeling like you are part of a big family are already there. It’s not easy, but I am so happy I chose to play.”

Player Cole Carey’s mom Missy said, “He loves it. He’s excited to go to practice and is working to get better every free minute he has.”

Last week’s victory over Jordan High School was a great way to start the season. The competition will be an interesting blend of new startup teams (like Lehi) and highly experienced teams that are pivoting from established club programs. It’s hard to know exactly how the team will stack up this year, but it’s thrilling to be part of this growing lacrosse community.

Lehi will face Westlake on Tuesday with the JV game at 5 p.m. and Varsity at 7 p.m. at Lehi.