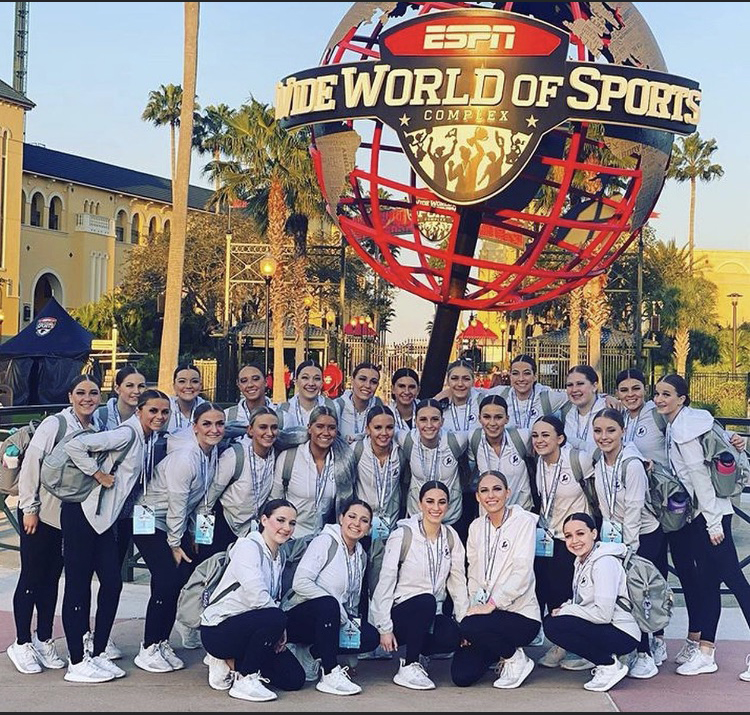 The lights shone bright, along with the Florida sunshine, on the national stage where drill teams from all over the country competed during the first week of March. The Lehi High School Pionettes had prepared for their moment with a year of sore feet, aching muscles, hours of practice, tears, and dedication. The reward for all their hard work was rousing applause, a third-place trophy for their performance in the military category of competition, and, of course, a trip to Disney World.

The Lehi High School Drill team not only competed with the best drill teams from across the nation, but state winners from Utah. The team had routines in four areas of competition: military, pom, jazz, and hip hop. Their discipline, precision, and strength in movement in their military routine earned them a third-place win in the national competition. The Pionettes also placed fifth in the pom category.

“The Contest of Champions in Florida did not disappoint. I’ve followed this competition for a long time, and it was exciting to finally be a part of it. We are feeling blessed to have competed against the best of the best nationally and to have done so well,” said Kati Marsing, head drill team coach.

Assistant drill team coach, Caitlin Thomas said, “As a team, the girls were incredibly proud of how they performed their military routine. You could tell they were living in the moment and you could see how unified and confident they have become. Being able to perform flawlessly and rank third in the nation was the perfect way to end a phenomenal season. This program has exceeded all expectations. As coaches, we are so proud of them.”

The Pionettes have proven their abilities on a national stage and they look forward to their possibilities as a more confident and developed team. “This team’s ability to work together has given them success this season and their unity has shown on the dance floor at every competition,” said Marsing.

Nationals were held at the ESPN Center in Orlando, Florida, and hosted by the Contest of Champions. The competition was the best ending to a successful season. Tryouts for next year’s team are this month. Prep classes will be held Wednesday, March 11, and Monday, March 16 in the aux gym at Lehi High School. There will be an informative parent meeting on Monday, March 23, with tryouts on Thursday, March 26 at 4:30 p.m. in the new gym at Lehi High School. All dancers that will be in ninth through twelfth grades during the 2020-2021 school year are encouraged to tryout.