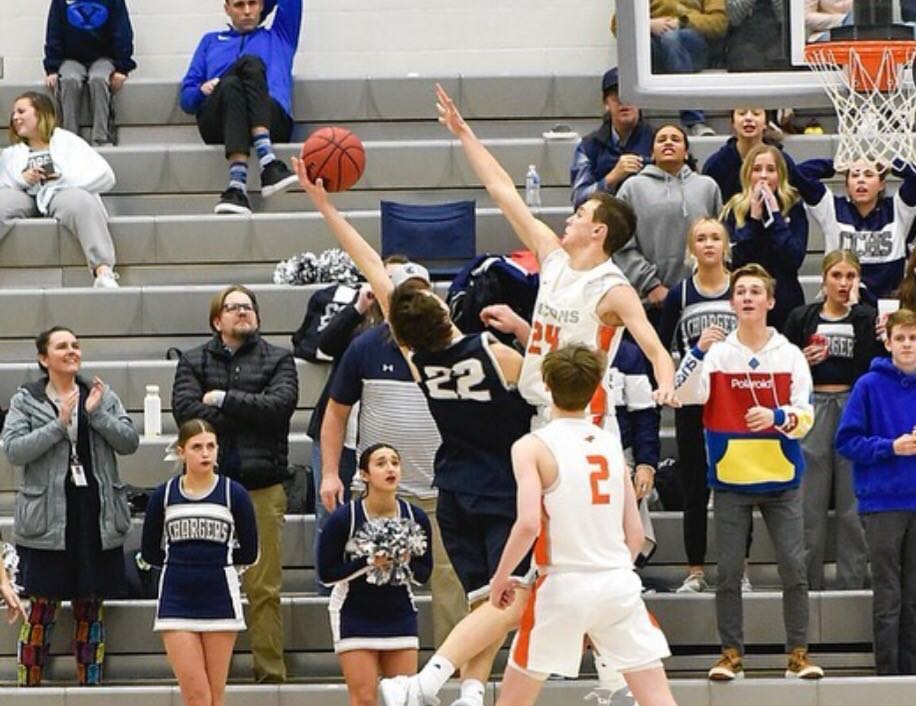 Trevon Snoddy, son of Sherisa and Bill Snoddy, was recently named First Team forward for the 6A classification in basketball by the Deseret News. This is the second year he has received this award. In addition, he has been named MVP Forward in Utah Valley polling by the Daily Herald. Region coaches voted him MVP two years in a row. He has also been awarded Academic All-State honors. He maintains a 4.0 GPA.

Snoddy said he has always loved basketball. Since he was small he loved to watch LeBron James and Dwyane Wade. He also admired Russell Westbrook’s work ethic.

A friend of Snoddy’s mentioned his love of the sport was exemplified by his scripture bag, which is in the shape of a basketball. As a youngster, he played on his own basketball hoop in his yard, but more often was at the local church honing his basketball skills. He said his dad taught him a lot about the sport.

He began playing basketball competitively when he was 8. He was involved in Junior Jazz and later played with the Intermountain Stars, a club team coached by Kevin Nixon, former BYU basketball star.

When asked how he became such a formidable player, he said, “You have to put in the time. You have to do it for you — not anyone else. I would practice 2 to 3 hours every day.”

Snoddy said a memorable event playing basketball occurred when he was in the ninth grade. He went to a tournament and didn’t play much. “I was determined not to sit the bench again,” he said. He intensified his practice time from that moment on.

Trevon is a straight-A student who said when he wasn’t playing basketball, he was studying. He plans on majoring in sports medicine or physical therapy. He has loved his time at Skyridge. “I have had great teachers,” he said. “It has been rough not being able to go to school these last few weeks, but I’m fine not having people get sick.”

Skyridge basketball coach Jeff Gardner was lavish in his praise for Snoddy, “I am impressed with Trevon as a total person. He is a great student and teammate. He has made such a great impact on the Skyridge community. His consistency on the basketball floor is unmatched. He plays without ego. I would often say to his teammates, ‘Watch Trevon.’ He just has such a feel for the game. He is a joy to coach. He is a grateful kid who always would thank me for coaching him. He is a winner.”

Snoddy attributes his success to his parent,s who have supported and pushed him in all he has wanted to do.

When asked about future plans he said he has recently been called to serve in the Bangkok Thailand mission and is scheduled to leave on July 1.

Snoddy has been contacted by Dixie State University, Southern Virginia, and Westminster College to continue his basketball career after his mission for The Church of Jesus Christ of Latter-day Saints.