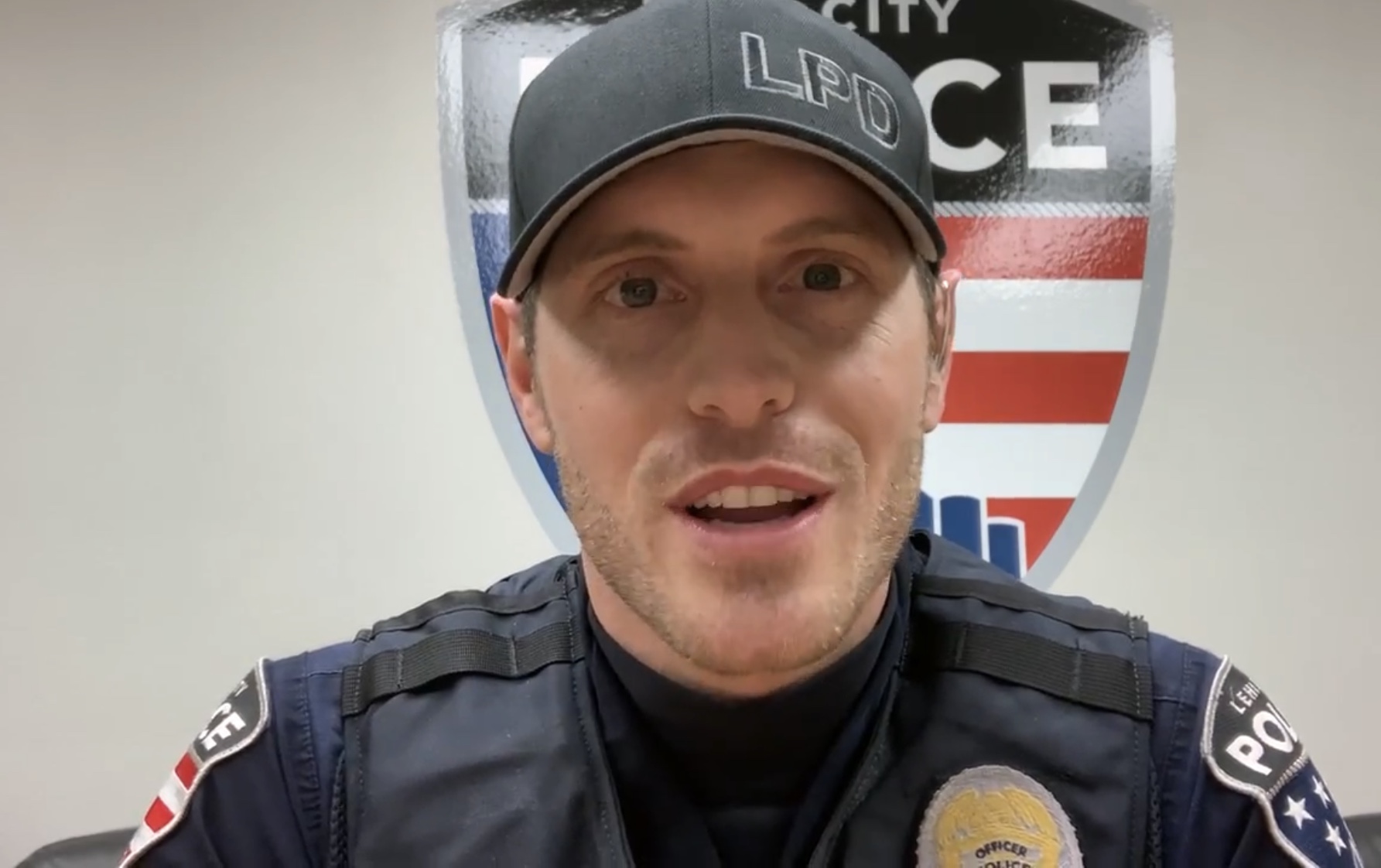 If you watched the Elton John-hosted iHeart “Living Room Concert” on Sunday, you might have seen a bit of Lehi represented in a clip. Producers from iHeartRadio reached out to Lehi Police officer Bryson “Officer Nae Nae” Lystrup and asked him to participate in the nationwide broadcast which was aired on the Fox network.

“Producers reached out after finding me on my Office Nae Nae social media platforms,” wrote Lystrup in an email to Lehi City officials. “They told me they think I am a positive influencer in the community and have a positive social media presence. There are a bunch of well-known singers who are doing a benefit concert from their living rooms.”

After getting approval, Lystrup was asked to provide a 45-second video, filmed “selfie-style” from a cell phone, that could be aired during breaks between the singers’ performances.  Lystrup had just one day to make the clip and had to turn it in to be included in the TV special.

Part of the clip that was aired included Lystrup talking in a Lehi Police car. He said, “We are still out here upholding the laws, maintaining order and protecting our community.” Also shown was a Lehi fire truck from station 83. The entire video that Lystrup sent into iHeartRadio can be seen on the Lehi Police Department Facebook page.

“I thought it would be a positive public relations moment for our city,” he said.

Lystrup posted the segment of the video aired on the special on his Officer Nae Nae Facebook page. “I’m a law enforcement officer with a goal to make people smile, laugh and re-humanize the badge,” he states on Facebook.