Montessori in Thanksgiving Point approved, despite objections and heated debate 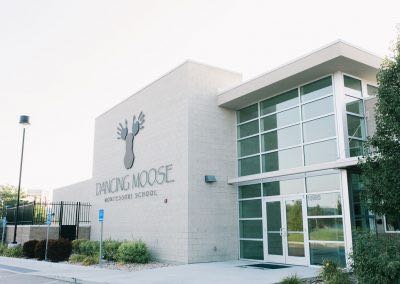 Due to social distancing directives, the Lehi City Council met Tuesday night for the first completely remote council meeting through Microsoft Teams. All members were in attendance remotely.

The most contested item of the evening was regarding the development agreement for a proposed Montessori school at Thanksgiving Point. The project was presented by Mike Washburn, CEO of Thanksgiving Point, and a group from the Dancing Moose Montessori School, led by Chairman Mike Sibbett.

Mayor Mark Johnson began the agenda item by reminding the public about a current building freeze in the Thanksgiving Point area until a revised area plan is approved by the City. Washburn and Sibbett were asking for an exception to the development freeze. “While we wait for Thanksgiving Point’s new area plan, all construction that wasn’t already approved has ceased until we can see the new area plan and the City approves it,” said Johnson.

The freeze on Thanksgiving Point development stemmed from traffic failures in the area.

Dancing Moose Montessori School has two other locations in Salt Lake County. Presenters began their presentation by addressing the anticipated concerns regarding traffic. “We’ve staggered starting and ending times to mitigate traffic concerns. Many of the people who drop off kids at this school are already traveling and working in the area. I don’t think we are adding a burden to the traffic situation,” said Washburn. “I look at this as a unique opportunity. It is an amazing opportunity and it would be a shame to miss out on it.”

Sibbett reiterated Washburn’s comments, “We have many families that are already in Lehi and we have received great encouragement to locate our third school there. We hope that Lehi City Council will give us the opportunity,” said Sibbett.

The Council unanimously expressed positive support for the school, but Councilwoman Katie Koivisto and Councilman Mike Southwick objected to the timing. Southwick asked how soon the new Thanksgiving Point area plan would be complete.

“We have a draft of it. We have worked hard on it. We have had people from around the Country talk about development and high-density development, We are trying to strike that balance. Within a month or two, we will have something,” answered Washburn.

Southwick then responded, “I feel like their product is very good and would be an asset to Lehi, but I also feel like the area plan isn’t finished and I have a hard time with that. I’m just wondering can we wait a month and have all our ducks in a row?”

Councilwoman Paige Albrecht supported Southwick’s comments but also mentioned that the future area plan approval may be a long process with negotiations that will likely last longer than a month.

Koivisto expressed support for the project and called it a “golden goose egg,” for Lehi but agreed with Southwick regarding the area plan. “The Council prior to this year put a halt on development out in that area. One of the concerns was the roads and the traffic and how we were going to address that. The goal was to change the area plan for Thanksgiving Point so that we can address that,” said Koivisto.

Koivisto’s additional concern regarding approval of the project was the risk of litigation. “If we create an exception with this, we have to understand that any other developer, (which we have some aggressive developers in this area,)–if we make an exception to this, it opens up an opportunity for them to ask for an exception as well, and if we don’t grant it to them, they can sue us. That is something we need to take into consideration.” Koivisto added, “Had this been put in any other area in Lehi, I don’t think we would even be having a discussion this in-depth as we are.”

Ryan Wood, Lehi City Attorney, addressed Koivisto’s concerns and said the project wouldn’t put the City at risk of a lawsuit from other developers. “There are very specific criteria that we are willing to consider this project. If another entity came in and proposed something that somehow met these specific criteria, and we said no, that would be the only circumstance someone could challenge,” said Wood.

Councilman Paul Hancock and Councilman Chris Condie both expressed support for the project, despite the anticipated minimal traffic impact to the area. “I think it’s a great project. I think it’s great for Lehi and Thanksgiving Point,” said Condie.

After the discussion, Councilwoman Koivisto motioned to approve the development agreement with the condition that the Thanksgiving Point area plan be approved first. Councilman Southwick seconded the motion.

Contention ensued after the motion. The Montessori representatives expressed that any delay would create financial hardship for them. Washburn also added, “We take the area plan very seriously. We have spent hundreds of thousands of dollars on developing an area plan. We do take it seriously, but I don’t think we need to be beaten over the head with it and honestly, I don’t think we are going to get this school if we don’t get it approved.”

Koivisto became frustrated and countered, “Mike [Washburn], If you knew that we halted building in this area, why did you encourage them to do this then? They didn’t know this until the Planning Commission told them. They were led on for such a long time.”

Sibbett came to Washburn’s aid, saying “I feel that Thanksgiving Point has been working with us in good faith. I hope that the City Council will look at this as the positive that I hear everyone say it is and not let our project get caught into the other issue.”

As tensions were rising, Councilman Condie interjected to call the motion to a vote. The vote to approve with the condition of a completed area plan was denied 3-2 with Koivisto and Southwick dissenting.

Condie then made a new motion to approve the development agreement without conditions. The motion passed 3-2, enabling the school to move forward. Koivisto and Southwick again dissented. Debate on the emotional agenda item didn’t end there. Councilwoman Albrecht requested that Mayor Johnson allow her to make one last remark.

Albrecht refuted Koivisto’s accusations regarding Washburn, “My experience with Mr. Washburn, while we have not always agreed on every issue, I have never found him to be duplicitous in any way and I think he has integrity as a man of business and I am glad that the Montessori people also felt that there was honesty in his dealings.”

To conclude, Koivisto said, “I have to disagree, I don’t think that this was handled in the most appropriate way.”

The Dancing Moose Montessori school will offer childcare and schooling for children 18 months to second grade. The school’s 28,000 square foot building will be located just east of the SolutionReach building parking lot in the current Electric Park space.