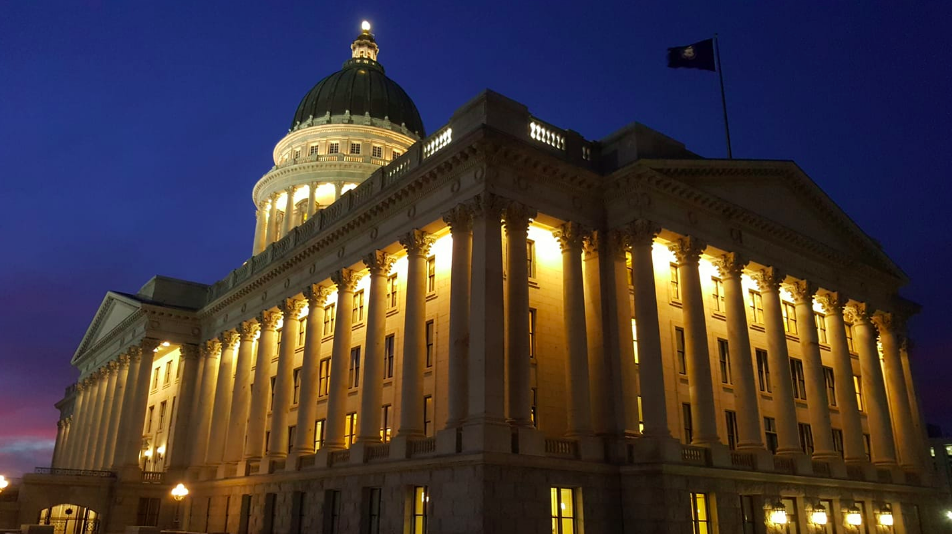 Several bills dealing with conditions created by COVID-19 were passed by the Utah legislature in their special session last Thursday, June 18. Lehi legislators took varying positions on some of the main ones, including the extension of the declared state of emergency and requiring assisted-living residents to be tested for COVID-19.

A long debate was held for HJR 504, which extends the declared state of emergency in Utah an additional two months, through August 31. The emergency period was originally scheduled to conclude on June 30. All three Lehi representatives voted for the measure, while Senator Jake Anderegg voted against it.

Anderegg said the state of emergency has gone on too long. He was frustrated by the governor’s actions, including suspending parts of state statute to change the rules for signature gathering to place candidates on the ballot.

Anderegg also said he thinks the governor is listening too much to those who place medical health concerns above concerns about economic health. “We need to balance our approach so we don’t decimate our economy.” According to Anderegg, states of emergency should be short-lived, not “go on and on.”

Rep. Cory Maloy (LD 6) said he had planned to vote against the bill, but ultimately voted for it to keep the legislature involved in the process of managing the state of emergency, ensuring the governor has oversight. “I still feel very, very strongly that we need to end the emergency powers as soon as we possibly can – immediately would be my preference. We can’t stay in a state of emergency forever, or very much longer.”

As the debate continued, it became clear that the governor was likely to extend the state of emergency on his own, and the legislature needed to vote to extend the state of emergency to have a say in how the period is conducted. “The executive branch is taking on too many powers,” Maloy said. “We’re doing things as a legislature to bring things into better alignment.”

This includes a bill (HB 5009) that was passed to require the governor to report expenditures over $2 million to the legislature within 24 hours during a state of emergency.

Maloy said the reasoning for the extension boiled down to about four areas:

Having money to allocate for marketing purposes to encourage and educate people on how to protect themselves and others during an outbreak of disease.

Enabling the use of state emergency reserve funds.

Enabling the creation of areas to deal with disease management, such as extra hospital space established in convention centers.

Maloy supports the second and third reasons but opposes the others.

Rep. Jefferson Moss (LD 2) supported the extension of powers but said he understands the concerns about the governor having too much power. Because every other state in the country is still under a state of emergency, Utah would be at a disadvantage if Congress dispenses more funds because it would be ineligible.

It’s unclear what restrictions apply to the dispensing of federal funds. Anderegg said his understanding is that all states are eligible for federal COVID-19 funds under President Donald Trump’s declaration of a national state of emergency.

“I think we’ve done too much on the federal funding side,” Moss said. But he wants to protect the ability of workers and businesses who have suffered from the decisions of policymakers to receive available funds.

“I feel strongly we need to push back and try to open the economy,” he said. He anticipates, along with other legislators, that Utah will restructure its emergency powers act. The original act was intended for short-term situations, such as floods or earthquakes. The pandemic has highlighted needed revisions.

Rep. Kay Christofferson (LD 56) said he supported the extension of emergency powers to be eligible for federal funds should Congress allocate more in July.

The state is using the federal funds from the CARES Act for a variety of purposes, including mental health services, to boost struggling hospitals, for online education and related training, and even to enable UTA to install sneeze guards on buses and replace fabric seats with hard-cover seats.

Christofferson said he was confident, “everybody is going to be pretty cautious about not abusing their power that this gives them.”

The bill was supported by Anderegg, Christofferson, and Moss, and opposed by Maloy. Those in favor cited the right of a private entity to establish requirements for accessing its facilities and services. Anderegg said he was “on the fence” but because the state isn’t requiring testing, but allowing private residential facilities to choose it, he decided to support it.

Maloy said he thought “the spirit of the law” is good in that it aims to protect residents and staff in such facilities but was concerned about forcing people to submit to a test they object to.

The legislature covered a lot of ground in their special session this month – tackling both budget and policy items and passing 45 bills and nine resolutions – to give their staff a vacation in July. Moss said, “Our poor staff has been working around the clock since October.”