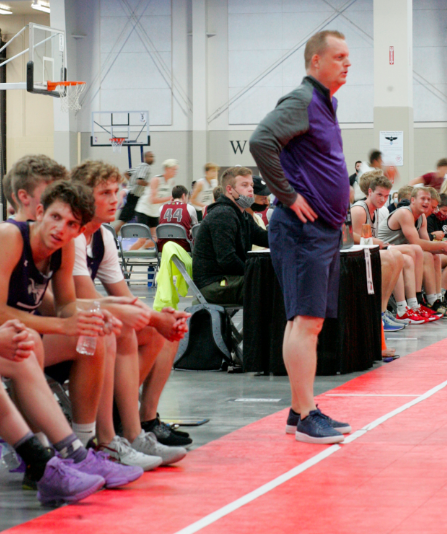 The team’s only loss came to Dixie 71-61. The Flyers went 23-3 and won the 4A state championship this past season. They also return two of their top three players.

“I was really pleased with our progress for our first games of the summer,” said Lewis. “We are just getting started with a new system, and overall, the kids showed good development.”

Blake Hill contributed 11.4 points per game and netted 20 treys for the week. Tyson Hawkins completed 49 percent of his field goals and averaged 10.9 points and 4.5 assists for the Pioneers. The team tallied 67 points, 25.6 rebounds, 15.9 assists and 9.2 steals per contest.

“Going 7-1 was really good but learning our system and just getting out and playing ball again was great,” Lewis added.

Lehi also fielded a JV team that finished 5-3. The Pioneers had a particularly thrilling matchup against Lone Peak on Saturday morning in which they made 64 percent of their 2-point tries and 42 percent from beyond the arc, but they ended up falling to the Knights 70-69 in three overtimes.

“In addition to our returning players, it was fun to see some of our young talent competing,” Lewis said. “They are working hard and have good potential.”

Although this event originally included a tournament, the schedule was modified because of COVID-19 concerns. The organizers added multi-layered safeguards to protect the participants, creating good model of how to hold a basketball competition in the midst of current health issues.