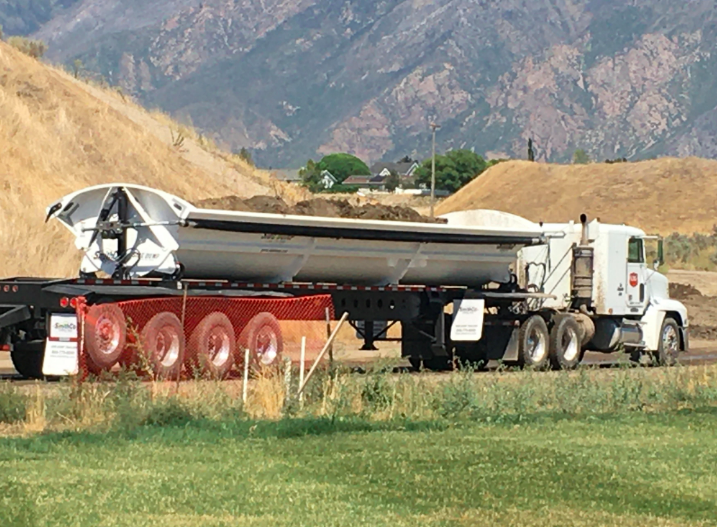 Those traveling in northeast Lehi should anticipate the possibility of heavy semi-truck traffic along portions of two roads during the next five to six weeks. Semi-trucks hauling side dump trailers are transporting dirt from Dry Creek Basin east of Smith’s to the Peck property at about 1900 N and 300 E.

The project is expected to last through September. Truck traffic will be heavy along 3200 N between Timpanogos Highway and 600 E, and on 600 E from 3200 N through the Dry Creek gully to the park at about 1900 N.

The dirt is being excavated from Dry Creek Basin as part of the Dry Creek Debris Basin Rehabilitation project. The project, which is sponsored by the North Utah County Water Conservancy District and partially funded by the Natural Resources Conservation Service (NRCS), an agency of the U.S. Department of Agriculture (USDA), is creating a reservoir suitable for recreation.

In addition to excavating land, construction crews will increase the height of the dam while bringing it up to current safety regulations and engineering standards.

“The dirt will be held at the Peck property until the park is developed, and it will then be used as topsoil,” said Shaye Ruitenbeek, Assistant Public Information Officer for Lehi City.

Ruitenbeek said the timeline for developing the park on the Peck property is undetermined because it is dependent on funding, which hasn’t been procured yet.

Princesses and superheroes cruise through Lehi in epic parade