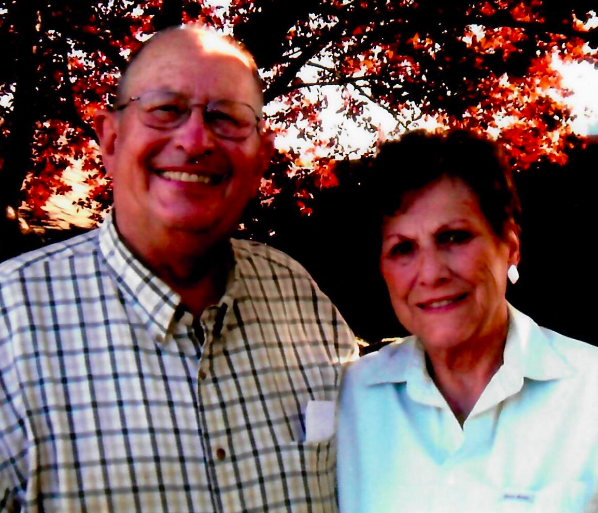 Like many Lehi residents, Jim and Pat worked to build many floats, making pom poms in the basement of their home, for the Lehi Round-Up Parade. They also flipped burgers, took tickets and cleaned the grounds after the rodeo.

But what many know Jim best for was his career. After teaching Seminary for The Church of Jesus Christ of Latter-day Saints in Vernal, American Fork and Salt Lake City for five years, Jim became a counselor at Lehi Junior High for nine years and then principal for another nine. After that, he was a principal of Geneva, Aspen, Lehi and Cedar Valley elementary schools for a total of 33 years as an educator. He was proud to work for the Alpine School District and was responsible for helping many Lehi citizens obtain positions with the district upon his recommendation.


When school was out for the summer months, Jim worked for the Lehi Parks and Recreation Department, preparing the Lehi City baseball fields for summer leagues. He also organized and coordinated weekly afternoon movies in the Junior High School auditorium, offering Lehi citizens classic movies for 50 cents. For several summers he also drove Lehi youth to and from the old Saratoga Resort on a city bus.

Jim was called to be the bishop of the first Single Adult Ward in Lehi. He had a gift for helping people and touched the lives of many with his happy, optimistic attitude. Jim passed away from cancer on June 17, 2007.

Pat, on the other hand, was known for her hard candy suckers that she made for years for her children to sell to neighborhood and school children for 25 cents each. She also donated suckers to Lehi organizations for fundraisers. She was a leader in 4-H, teaching sewing and clothing. She was on the PTA and assisted with the Lehi Pep Club (Drill Team) for three years. She served as an LDS Relief Society president and Young Women’s leader on both ward and stake levels.

While Jim grew up in American Fork, Patricia “Pat” Larea Larson, has lived her entire life in Lehi. Her parents, Neil and Erma Fox Larson, were the first mink ranchers in the Lehi community. The Larson mink farm was located just north of Lehi High School, where the building for the Church of Jesus Christ of Latter-day Saints sits today.

In her teenage years, Pat worked at Penny’s 5-10-25c Store, Leany’s and the Utah Show House in downtown Lehi. She graduated from Lehi High School in 1953. She worked at the Bell Telephone Company on Main Street and served an LDS mission in the Southern States Mission, which included Georgia, Florida, South Carolina and Alabama. After she married and her children were in school, she worked at the Broadcaster, a popular burger hangout for students.

Meanwhile, James “Jim” Gray, the son of C. Alden and Anna Jensen Gray, graduated from American Fork High School in 1952 and served a three-year LDS mission in Hong Kong. He graduated from Brigham Young University with a bachelor’s and master’s degree in Education as well as served his country as a medic in the Utah National Guard.

Jim and Pat were introduced on a blind date, married in the Salt Lake Temple in 1962 and settled in Lehi.

They have four children, all Lehi residents, including Julie (Clay) Johnson, Sandra (Chris) Johnson, Neil (Stephanie) Gray and Mark (Jill) Gray as well as 12 grandkids and 13.5 (one on the way) great grandkids.