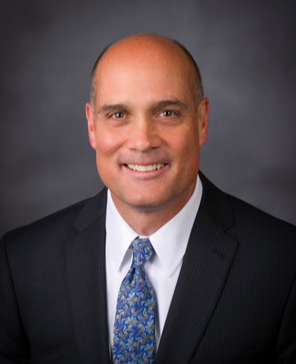 Sam Jarman, who has worked in education for 35 years and has been a superintendent for six, will retire at the end of the 2020-21 academic year.

“35 years is a full and complete career,” Kimberly Bird, a spokeswoman for the Alpine School District, said in a short statement.

Jarman made the announcement to ASD employees via email on Aug. 27. In the email, he expressed thanks to faculty and staff for their work this fall.

“This is a unique year, and I encourage you to do your best to help our students feel safe, connected and confident,” Jarman wrote. “Although we are facing challenges, we can do this because of each of you!”

The announcement followed the district’s first week of school, which had students returning to physical classrooms for the first time since classes went online in March due to the COVID-19 pandemic.

The Alpine School District Board of Education will choose the district’s next superintendent. The selection process will be completed before the November election, Jarman said in the email.

“I love serving with you and feel good about all we have accomplished during these past six years and what we will continue to accomplish this year,” Jarman wrote. “I hope we will all do everything possible to make this year the best ever!”

Jarman has led the district through its continued growth, the passage of its 2016 bond and the construction of several new schools throughout the district.

Raised in Provo, he began his career in education as a drafting teacher at Provo High School, where he later became principal and was awarded the Utah Principal of the Year award in 2002.