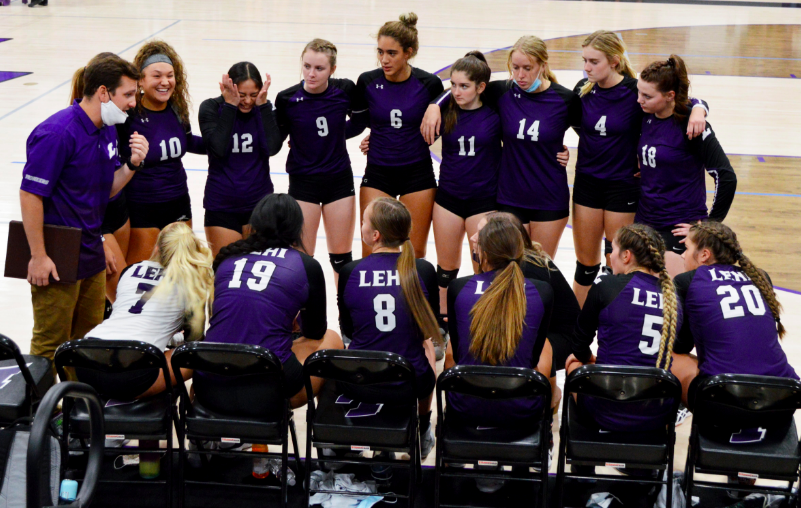 The Lehi volleyball team won the first of two scheduled conference matches against Orem 3-1 on the road Sep. 22.

The Pioneers took the first set against Orem 25-18 but the Tigers barely came out with a win for the second game, 26-24. Lehi took over for the third and fourth sets, winning decisively with identical tallies of 25-17 for the two sets.

The Pioneers started a two-week quarantine on Sep. 24 due to COVID-19 exposure and will not be having practice or playing any volleyball games during that stretch per school district policy.

“It’s a bummer. There is no way around it,” said Lehi Coach Kolton Rader. “We can get through this together and I have full faith that we will come out of this adversity better than we were.”

Lehi has or will miss matches against Timpanogos, Alta and Mountain View at least. Under the RPI system, the lost games will not hurt the Pioneers in the tournament rankings even if they’re not able to make them up.