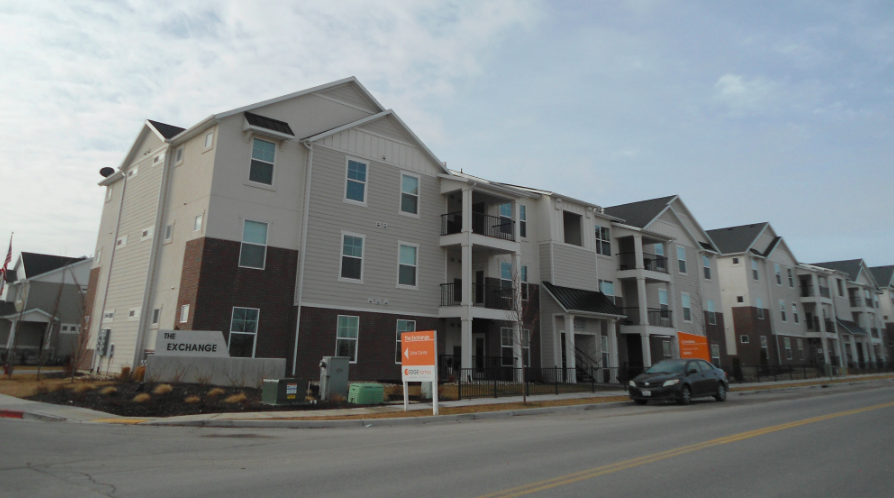 The Lehi City Planning Commission held a regular meeting on Thursday, October 8, in City Council Chambers. Commission Chair Matt Hemmert was excused from the meeting. Commissioner Bill Hereth attended remotely while the remaining members of the commission sat six feet apart to comply with COVID-19 restrictions on public gatherings. The commissioners and Lehi City staff spent most of their time reviewing and eventually gave a positive recommendation to the City Council for an Edge Homes’ 420-unit subdivision in west Lehi.

The Edge Homes development at 4100 West Hardman Way is zoned Heavy Commercial on the General Plan but is part of the Gardner-Plumb Development Agreement, which allows the developer to choose either High-Density Residential or Heavy Commercial on the property. In 2015, Lehi City agreed to give the original developer, Gerald Anderson, flexible ERUs (equivalent residential units) to specific property around 2100 North and the Jordan River, to avoid litigation with Anderson.

One of the two public comments submitted by email addressed the discrepancy between the existing General Plan, showing the property as Heavy Commercial, but the use in the proposed Edge Development is High-Density Residential. “They [residents] don’t know what would have gone in there, but presumably something to support the neighborhood and create walkability,” said Commissioner Jared Petersen.

“There’s no real buffer between residential and the major road. I don’t think we can deny this, though, because it’s in the code,” added Commission Vice-Chair, Abram Nielsen.

“The traffic study I saw wasn’t thorough enough. It doesn’t match the reality there. I think the public would trust us better if we showed accurate conditions,” said Commissioner Hereth. “Is all of 2100 North on that south side potentially residential? It looks like the opposite of the problem at Thanksgiving Point with all residential and no commercial,” Hereth continued.

Lehi City Engineer Ross Dinsdale agreed that the traffic study should be updated and mentioned that the City is working with UDOT on several issues in that area.

Kim Struthers, Lehi City Community Development Director, briefly explained the Gardner-Plumb Development Agreement, adding that the area has been a concern for the Mayor and City Council. “We got this deal instead of having twice the density that is there now,” Struthers said. “With this Edge Homes development, they’ve used up all the property that could be High-Density Residential instead of Heavy Commercial. When it’s done, we can go back to the map and get it labeled correctly,” he continued.

A motion for a positive recommendation to City Council for Edge Homes’s proposed preliminary subdivision was made and passed 6-1. Commissioner Hereth was the lone opposing vote.

Final approval was given to Ivory Homes for the Holbrook Village Clubhouse site plan at 2390 North Alesund Way. Commissioner Petersen voted no, explaining that he felt there were too many unanswered questions, and the applicant was not there to address them.