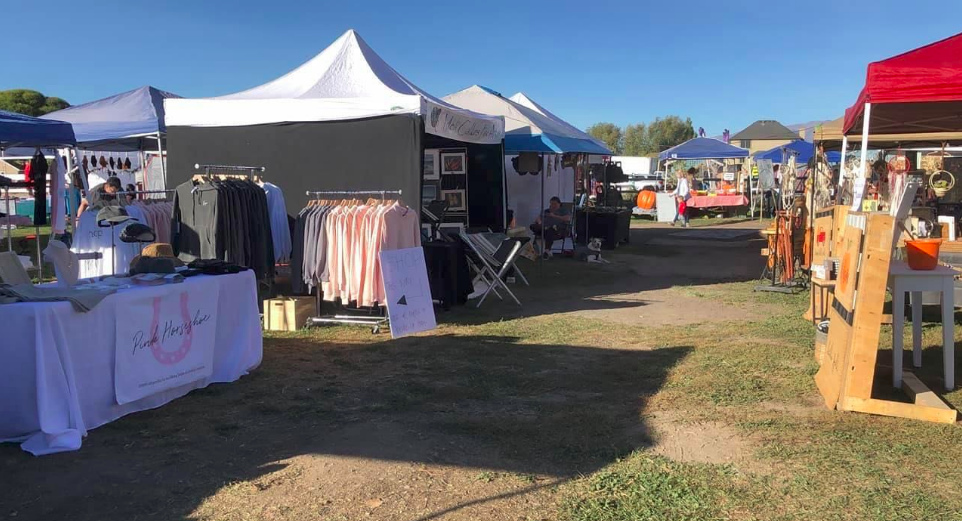 The unofficial symbol for 2020, the face mask, owned another day of news headlines on Saturday after a vendor at the Lehi Farmers Market accused the organizers of kicking him out for requiring customers to wear a mask while patronizing his booth.

The disgruntled vendor, RJ Walker, took to social media to air his grievances. He began a 21-tweet thread with the post, “I just got kicked out of the Lehi Farmers Market FOR wearing a mask.”

When asked about the market’s mask policy and adherence to local safety guidelines, market manager Lucy Smith said, “Our mask policy is it is up to each individual person. We don’t know who has a medical issue and will not tell a child they need a mask. We are an open-air market, and patrons can safely socially distance. We also have a whiteboard at the entrance each week, reminding visitors to enjoy the event safely.”

As always, there are two sides to every story, and this incident is no different. The privately run Lehi Farmers Market operators have refuted Walker’s claims and accused him of aggressive and rude behavior.

“He was having negative interactions with customers and even throwing masks at people and even children who didn’t have masks on,” said Dorothy Durrant, the market and property owner.

According to the market’s official statement, a nearby vendor witnessed Walker’s actions and felt uncomfortable by his aggressive behavior, which prompted them to report his actions to the market leadership.

In reviewing Walker’s past social media posts, his disdain for the market began a month earlier. Walker posted on September 25, “My current fav thing about my job is telling kids they have to wear a mask to play the spin wheel, and then watching those kids run to their Anti-Mask parents and complain at them for not giving them a mask.” Walker has since deleted the tweet.

“I told [them] that I had a right to operate my booth how I like. My company paid for space, and if they didn’t like it, they could refund us, and I would leave. I was done dealing with these anti-maskers and their harassment,” said Walker.

Market leadership then asked Walker to leave and said, “No violent, rude or mean behavior will be accepted here.”

Walker left and then posted his Twitter tirade later that day, even encouraging the public to report the Lehi Farmers Market to the Utah County Department of Health.

According to Smith, the backlash didn’t end on Twitter.

“The backlash has been absolutely horrible. We have had people stalking the property, threatening us, posting incorrect information and even harassment. We have RJ Walker asking people to give bad reviews, to call the CDC and the health department. Our vendors are getting bad comments and reviews from people who have never purchased or visited,” said Smith.

Despite the backlash, the market is moving forward with its vendors’ backing as messages of support flooded the Lehi Farmers Market Facebook page over the weekend. Many vendors expressed appreciation to market organizers for allowing them the opportunity to run their businesses after nearly all other events have been canceled this summer.

“We have had a great experience at the Lehi Market this season! We joined in with the Utah Business Revival events early in the year when our other planned events were being shut down as a way to get at least a few things started for the year. We then heard about the Lehi Farmers Market on Facebook and decided to drive down from Salt Lake to see it. We met Dorothy and Judy and saw the great atmosphere and knew we wanted to be part of it,” said VeloWafel vendors Doug and Kristen Openshaw.

Numerous customers also expressed support online. “Thank you, Dorothy Durrant, Lucy Smith, and many others, for all of your hard work and mutual respect. All who’ve actually been to the market know that you support individual rights, mask or no mask, inviting people onto your private property. Praying you can overcome the hate and vitriol that has infected the reviews and this page tonight,” said Tavia Mathers.

According to market leadership, the outdoor market will continue through November 7 and then be relocated to an indoor market setting.