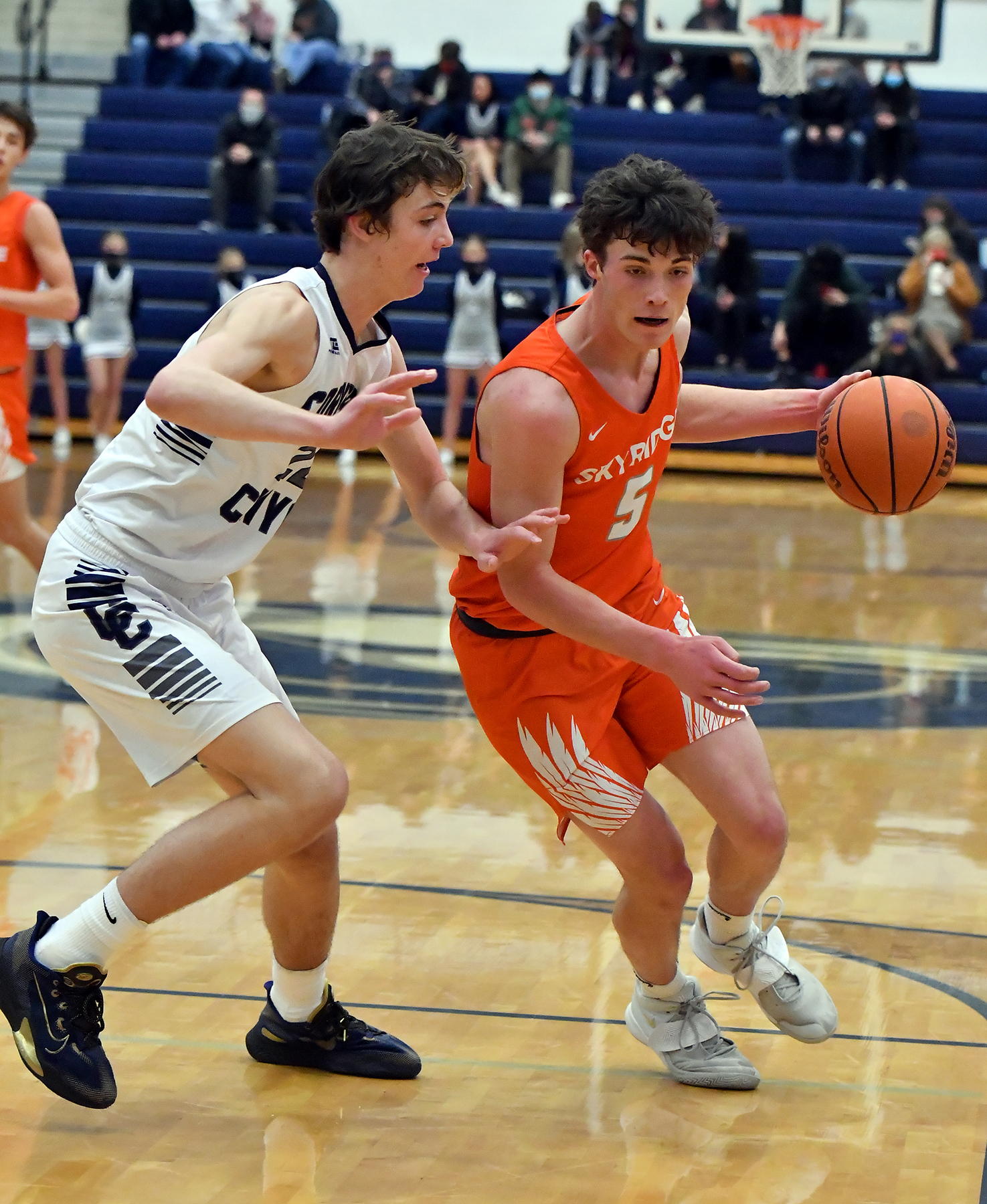 The Skyridge boys basketball team split games last week, winning at Jordan on Jan. 12 but then bowing to Corner Canyon on the road Jan. 15 to open what is expected to be a hotly-contested Region 4 season.

After Friday’s games, the top five spots in the RPI rankings were all still owned by Region 4 teams, and the remaining league program was listed at No. 8.

The Falcons got off to a slow start against the Jaguars and trailed 9-13 after the first quarter, but a 25-8 outburst in the second quarter provided enough margin for them to close out the win in their final warm-up before the start of conference play.

Despite the reduced crowd because of COVID restrictions, there was a lively atmosphere as the Chargers prepared to take on the visiting Falcons in what promises to be a highly entertaining race for supremacy in Region 4.

Corner Canyon scored first off the initial possession, but Yates soon answered with a layup. The Chargers got the next two baskets, but a feed from Christensen to Yates down low for a layup followed by a left-side hook from Yates on the next possession knotted the score at 6-all at the 5:40 mark.

The scoring went back and forth for the remainder of the period, but Corner Canyon had surged ahead 20-11 late on the clock. Christensen sank a long bomb and a floater from the left side to close the gap to four points before the buzzer.

Skyridge was within one point of the Chargers partway through the second and were still within reach at 28-35 at the break.

The Falcons had worked the gap down to four points with 2:30 left in the third following one of Holland’s three treys on the night.

Corner Canyon responded with a 12-0 run to finish the quarter, and the visitors were unable to find an answer for the host school’s size advantage and hot shooting on their home court after that. The top two Charger scorers combined for 48 points.

Holland and Christensen finished with 15 points each, while Yates had 13 and Reid 10.

“We were pleased to be able to compete with two quality opponents on the road this week,” said Skyridge Coach Jeff Gardner. “We had a nice win at Jordan and a setback at Corner Canyon.

“For us to continue to improve we have to continue to get more consistent on the defensive end, which was a problem during the third quarter at Corner Canyon.” The Skyhawks beat the Chargers earlier this season and will see them again in Region 4 play.

“Our kids are working hard and are continuing to improve, and we look forward to continuing to battle tough region teams,” Gardner said.