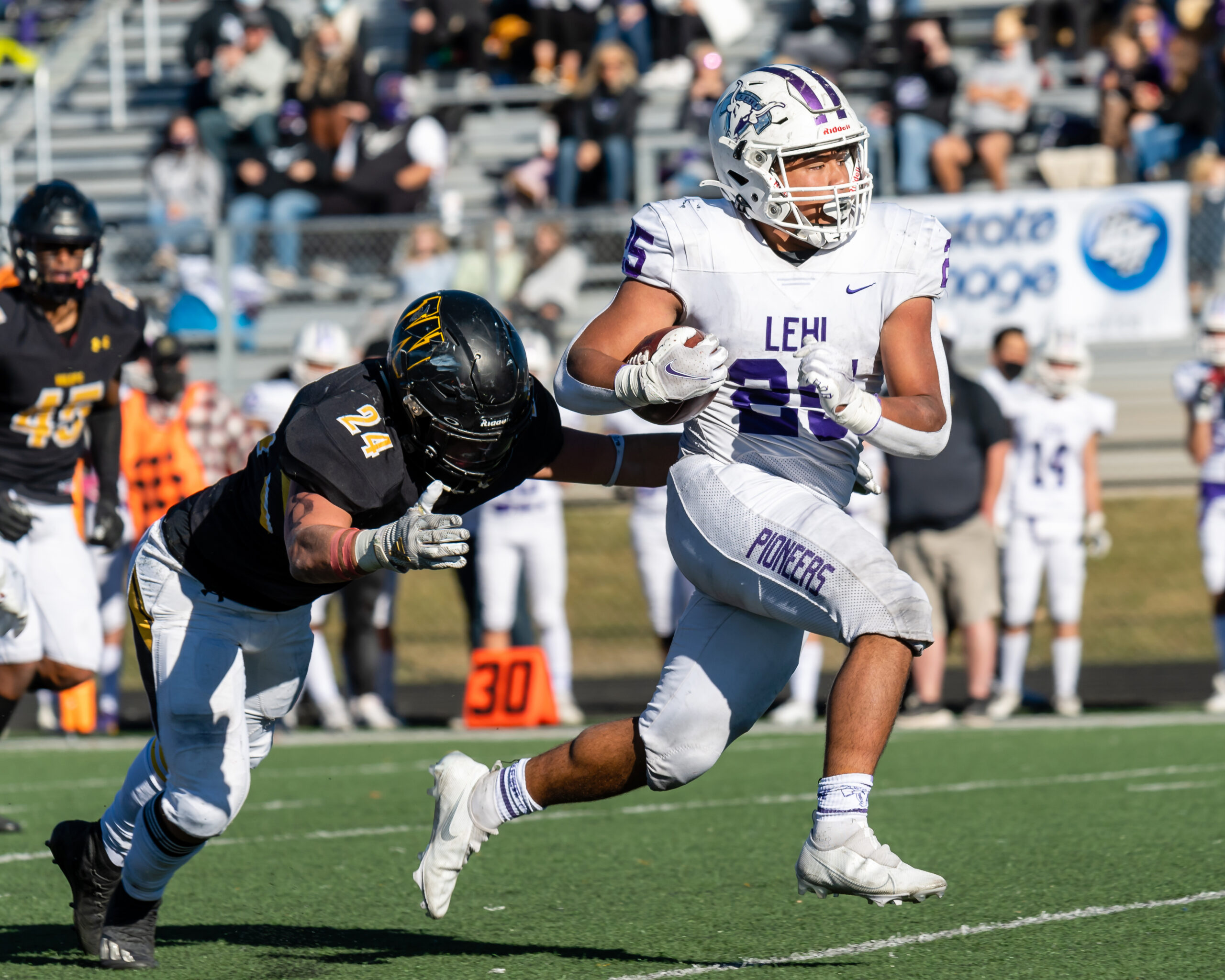 Elite athletes from the two Lehi-area high schools inked letters of intent to continue their football careers at the next level during last week’s signing period or during the earlier window in November.

Leading the group is Lehi fullback Takeshi Faupula (5-9, 215), who has elected to play for Coach Ken Niumatalolo at the U.S. Naval Academy in Annapolis, MD. He cemented his commitment in November.

Unlike at most other institutions, athletes who accept scholarships at any of the service academies also commit themselves to a period of full-time service in the Armed Forces as a commissioned officer upon successful graduation.

In the eight games he was able to play last season, Faupula rushed 78 times for 606 yards and eight touchdowns, averaging 7.8 yards per carry. He also had 27 receptions for 351 yards and three more scores and was notoriously difficult to bring down.

Also committing during the early signing period was tight end Trey Andersen (6-6, 235), a 2019 Lehi graduate who has returned from missionary service and is already enrolled at the University of Pittsburgh, PA, where he will suit up for the Panthers this fall.

In addition, defensive back Holden Hughes (6-2, 175) accepted an offer in November to play at Drake University in Des Moines, IA.

Running back Payton Dieters (5-8, 185), to Presentation College in Aberdeen, S.D.