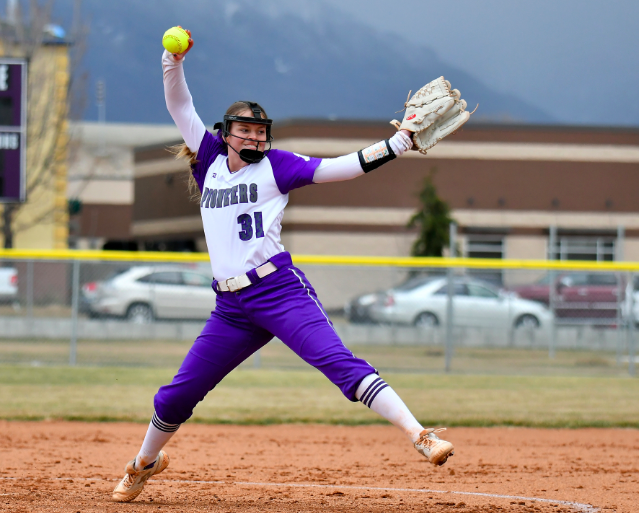 The Lehi softball team got the ball rolling in Region 7 play last week, beating Orem on March 16 at home and then triumphing at Timpview on March 18. The next day, they dropped a non-region game at North Sanpete.

The Pioneers got the league season off to a strong start by overwhelming the Tigers. Junior Grace Humes threw a two-hitter, striking out seven with just three walks.

However, the Pioneers exploded for six runs in the top of the sixth but gave up nothing after that to secure the win over host Timpview.

Freshman Emerson Fuller got the start on the mound against the Thunderbirds and only gave up three singles in two innings. Humes relieved her and fanned 10 while giving up six hits but no walks during the rest of the game.

Heaton was 2-for-4 with a home run, three RBI and a run scored. Senior center fielder Ellie Cram was 3-for-4 with a pair of doubles and scored twice. Beck hit a double and a home run.

“We got off to a good start in region play,” said Lehi Coach Tim Kennedy. “We still have some things to work on this early in the season and are looking forward to our second week of region play.”