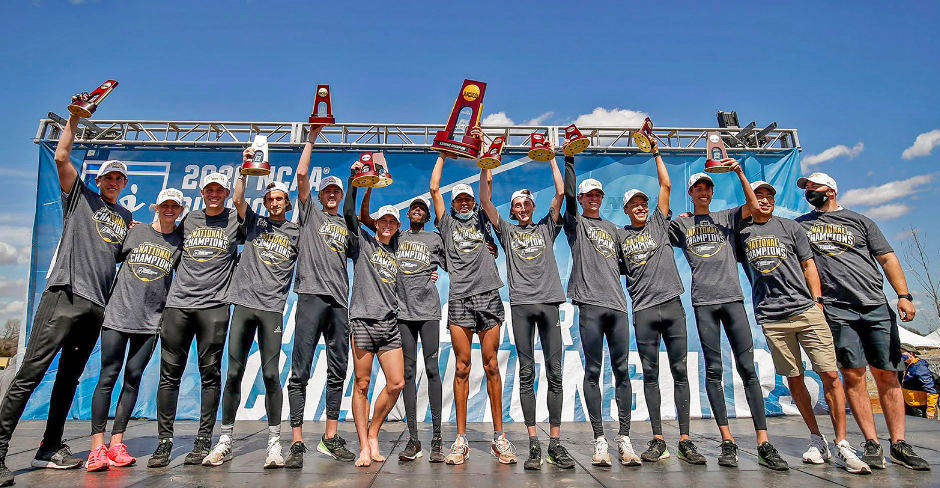 A pair of Lehi High School graduates were members of the university programs that secured national titles at the 2020-21 NCAA Division I Cross Country Championships on March 15 at Oklahoma State University in Stillwater.

Martin is the daughter of Jake and Debbie Martin. She was honored as the Women’s Freshman of the Year in the West Coast Conference and was also named to the All-WCC second team earlier this year. She finished 13th at the WCC Championships and was an alternate on the national title team.

Martin is the current UHSAA Cross Country State Course record-holder, set in 2018 when she was the 4A state champion. She finished second in 2019 in Class 5A and was the 2018-19 Utah Gatorade Cross Country Athlete of the Year. She earned 25th place at the 2019 Foot Locker Nationals.

Raff is the son of Dayne and Sally Raff. He placed fourth overall and second for his team at the 2021 Big Sky Conference Winter Cross Country Championship on Feb. 27 at Riverside Golf Course in Riverdale, Utah. He was a non-scoring runner in the national race.

While at Lehi, Raff earned individual 4A state titles in cross country in 2017 and in the 1,600m and 3,200m events at the state track meet in 2018. He is currently fifth on the all-time course record list for Sugarhouse Park, with a time set in 2016 when he was a junior.

He also placed 25th at the NXN Qualifier in 2017 and third in the 2-Mile event at the Brooks PR Invitational in 2018.