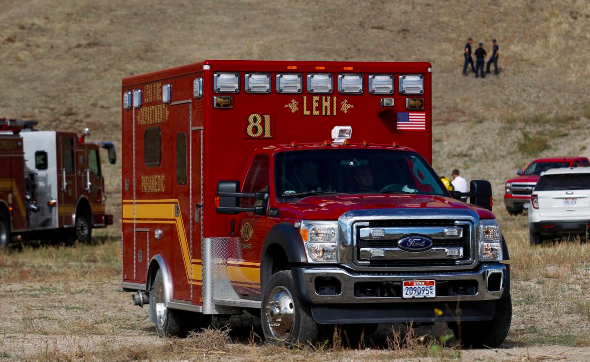 A 16-year-old male Skyridge High School student was involved in a two-vehicle accident on SR 92 near Smith’s Marketplace late Sunday afternoon, May 2. The young man was traveling westbound in a white Ford Focus when he lost control of the vehicle, veering into eastbound traffic and hitting a black Chevy pickup truck.

The teenager in the Ford Focus, whose name has not been released, was pronounced dead at the scene. Two people were in the Chevy pickup, the passenger was transported to the hospital as a precaution and the driver sustained minor injuries and did not go to the hospital.

The accident took place near what is known as the “Big Dip” in Highland. Lone Peak Police often see drivers gain speed going downhill there and the potential for accidents is high. It’s a heavily wooded area as well and deer cross SR 92 at the “Big Dip” often.

A large portion of SR92 was shut down for almost six hours as a result of the crash on Sunday.