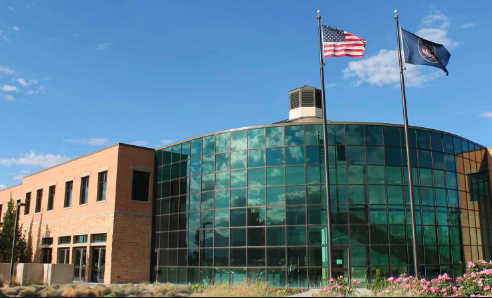 A unique public and private collaboration held over April 16, 17 to collect and recycle computers and eWaste was an unqualified success. The project organizers’ goal was to collect 10,000 pounds of items, but they more than doubled that amount. Two significant donations from Micron Utah will likely bring the total eWaste kept out of Utah landfills close to 30,000 pounds in total.

Volunteers packed 25 huge pallets with items which will be shipped to Boise, Idaho, where they will be processed. Useable computers will be professionally wiped clean of all data, then spruced up and sent back to Utah kids who don’t have access to a computer.

Computers for Kids, an Idaho-based non-profit, does the heavy lifting in refurbishing the computers and preparing them for distribution.

Last week’s mass drop-off occurred at the MTECH campus in Lehi, where dozens of organizers and volunteers helped facilitate the event. Lehi City, Micron, local business, media, and chamber of commerce leaders all got involved.

“MTECH was so excited to see the community support. People were so appreciative of having a place to dispose of their e-Waste, and of course, to help local kids,” said Mark Middlebrook, MTECH Director of Marketing.

Alpine School District has championed Computers for Kids and helped promoted the event. Many ASD students will likely be recipients of computers donated through this campaign.

A 20-year partnership between the Micron Foundation and Computers for Kids laid the foundation for the event. Over the years, over 50,000 computers have been donated to kids throughout the country due to the alliance.

Many of the items donated will be kept out of landfills, which is good for the environment and provides a way to reuse or recycle e-Waste.

Other companies or families who didn’t participate in the event but still have surplus technology items may reach out to Computers for Kids to discuss donating to this valuable program. All useable computers donated in Utah come back to students in Utah.

“Together, we’ve made a positive impact to help restore our earth, and we’re providing a tangible solution to bridge the technology divide for students across Utah,” said Molli Wingert, Computers for Kids Program Director.

Opinion: Why eliminating Lehi’s Primary Election was the wrong move