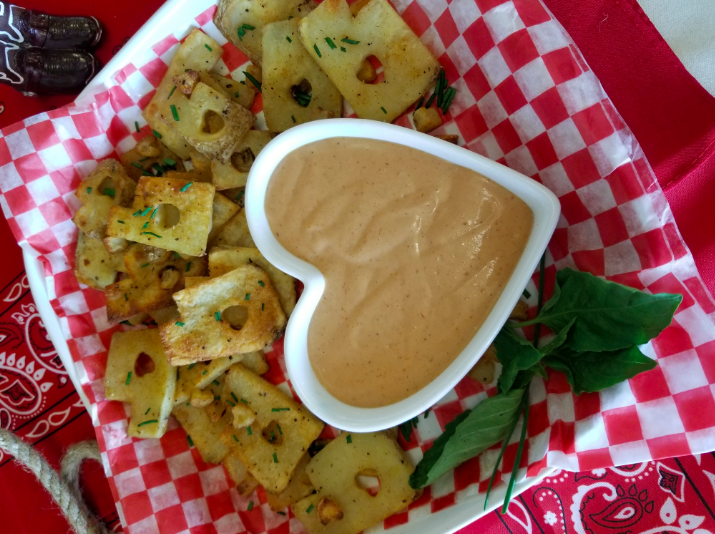 “I think the most exciting and maybe the most dangerous category is Jell-O; that’s what I’m looking forward to. It’s a staple that every family does differently,” said first-time Utah Foods Cook Off judge Coco Harward before the annual contest began on Saturday, July 24.

Harward was joined by veteran judge Eric Eliason and Amberlyn Johnson in the Thanksgiving Point Garden Room to taste contestants’ versions of the Utah classic foods known as “funeral potatoes,” Dutch oven and fry sauce. The scone category didn’t return for the 2021 Cook Off, but they did add root beer to the line-up.

“I’m always amazed at the variety we see every year,” said Eliason. “We’re doing root beer for the first time. People have their own concoctions. We could probably have a whole soda category. Utah kind of invented doctoring up sodas.”

Krystal, Sarah and Kaitlyn Mulder were back at the Utah Foods Cook Off after their first-place win in the Dutch oven category in 2020. The Mulders made root beer and a layered rainbow Jell-O with fluffy whipped cream clouds and gold sprinkles. “My girls wanted to do something with rainbow Jell-O,” said Krystal. They made two samples on Friday night, one for display and one for the judges to eat, but only one made it out of the mold in one piece. “Fingers crossed that they see a rainbow when they cut into it!” said Krystal.

“There’s so many ways to use a Dutch oven – people get really creative with it,” said Coco Harward. Four years ago Harward was the youngest winner ever of Best in Show at the Utah Foods Cook Off with her Dutch oven dish. “I’m excited to see the different takes on fry sauce,” Harward continued.

“We have a contestant that was signed up for the fry sauce category and she couldn’t make it today because she has two sons competing in the Olympics for Puerto Rico, a swimmer and a runner,” said Molina Welcker, director of catering at Thanksgiving Point.

First-place winners at the 2021 Utah Foods Cook Off got a family pass to Thanksgiving Point, Eric Eliason’s book “This is the Plate” and plenty of goodies to use in the kitchen.