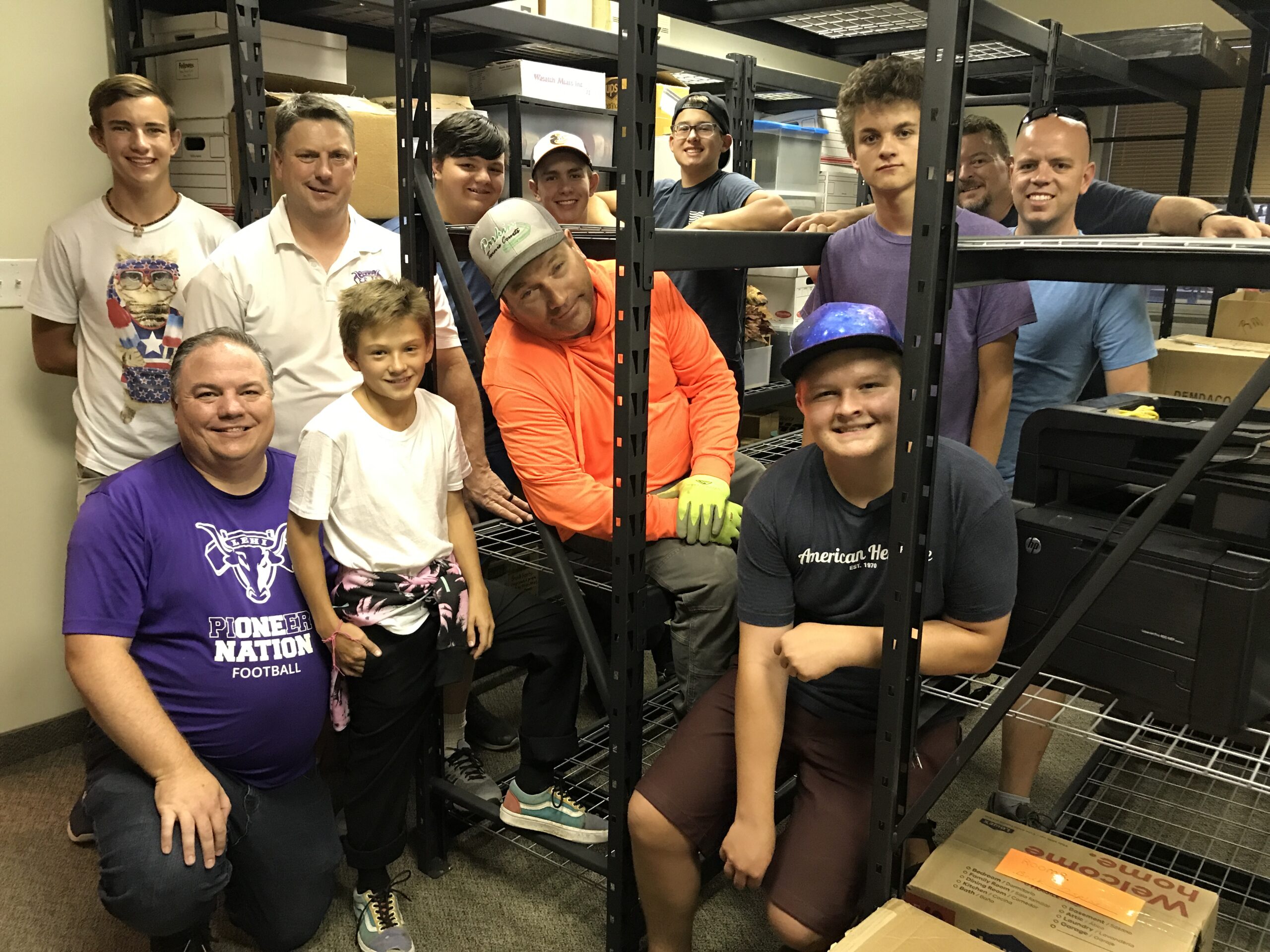 Ten youth groups and six missionaries from The Church of Jesus Christ of Latter-day Saints came to the rescue of the Lehi Historical Society and Archives last week as it faced a one-block move to the back of the old State Bank of Lehi building on Main Street. Often forming assembly lines, each youth group loaded up an assigned room at 34 E. 100 North and unloaded it at the historical society’s new location at 99 W. Main. The move was much like transferring a small library.

Because each group was only in charge of one room, the project was not “overwhelming” for anyone, said Lara Bangerter, director of the Archives.

“It was nothing short of miraculous,” said Bangerter. “What took weeks to box up, moved in a matter of hours with all of the help we received. We couldn’t be more thankful.”

While the historical society packed most everything, the brawn and speed of the youth made this change doable for a society that is made up of mostly older members. The old location is slated to be torn down to make way for a parking lot and a new building, necessitating the move for the archives. The city is supplying the new location as it did the old.

The Archives is a 501c3 nonprofit charitable organization. Its purpose is to collect, obtain, record, preserve, protect, educate and promote the history of Lehi and its peoples.

The new location of the Archives is accessed best from the back parking lot of the building and through the east doors near the back of the building. For more information, contact the historical society at 801-768-1570 or lehihistory@gmail.com.