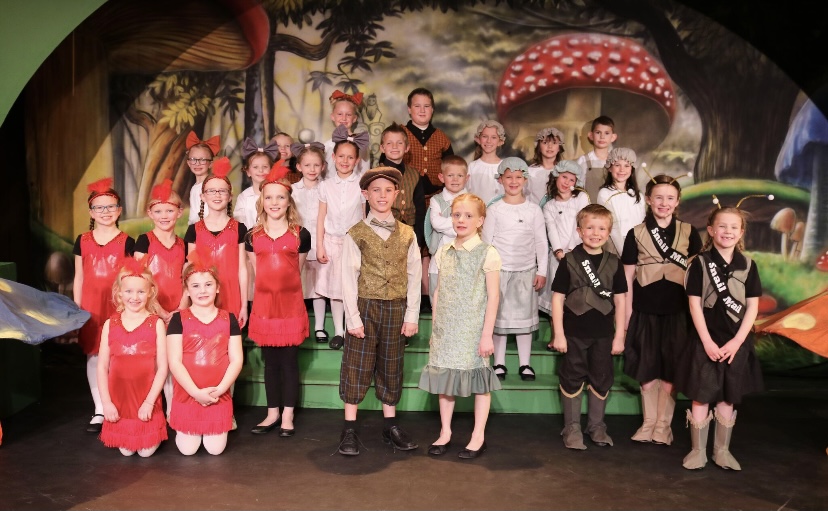 “We don’t need a giant facility on the scale of Hale Center Theatre in Sandy, but we should have something that matches the talent here in Lehi,” Ashley McKinnon explained. McKinnon has been a member of the Lehi Arts Council for almost a decade, overseeing theater workshops for children nine times a year. Online registration for the Fall workshop sold out in three minutes.

“We added a second cast for ‘Peter Pan’ to accommodate all the kids who wanted to participate. We don’t have the room for a second cast, but we’ll figure it out. We’ll make it work,” McKinnon continued. “The demand is there. It’s an amazing program and the kids are learning a lot. They’re finding their place here. We just need a bigger, better building.”

The ultimate dream for the Lehi Arts Council would be to have a performance space and a rehearsal space that are separate, as well as a music hall for smaller concerts and recitals. “A three to four hundred-seat theater would be ideal. If we had the facility for it, we wouldn’t have to turn anyone away. We could take hundreds more kids,” said McKinnon.

The Lehi Arts Council is a non-profit entity, and the City sponsors the program in every way it can, including the use of the building on Center Street, but they can’t fully fund it. The Arts Center is a beehive of activity almost every night of the week with rehearsals for community theater, children’s theater, the Lehi Symphonic Band, the Lehi Chorale and art classes all using the limited space in the small building. Individual music teachers can rent the little music hall for recitals, but with an audience of less than 40 people.

The HIVEs program also uses the Arts Center for activities, trading use of the space for cleaning. HIVEs is an adult educational activity program for people with disabilities who have aged out of federally funded school programs. The Curtis Center, a college-like campus for arts and education specifically for disabled children and adults, is under construction in the Holbrook Farms area and the Lehi Arts Council will be sharing that space for some of its programs, but it’s not a perfect fit for all of Lehi Arts.

“The Curtis Center will be great for some of our programs, but as far as a performance space, it’s not ideal. We have state-of-the-art technology at the Arts Center, but we don’t have a big enough stage or enough seating. We put on amazing shows here with those limitations,” said Ashley McKinnon.

The City’s plans for Family Park include an amphitheater, which will be great for summer shows. “Obviously that limits us to good weather, but that will be a fun venue for us,” said McKinnon. “We want to have concerts there and Arts in the Park. It’s going to be great, but it’s also in the very early stages of concept plans. It’s in the distant future right now.”