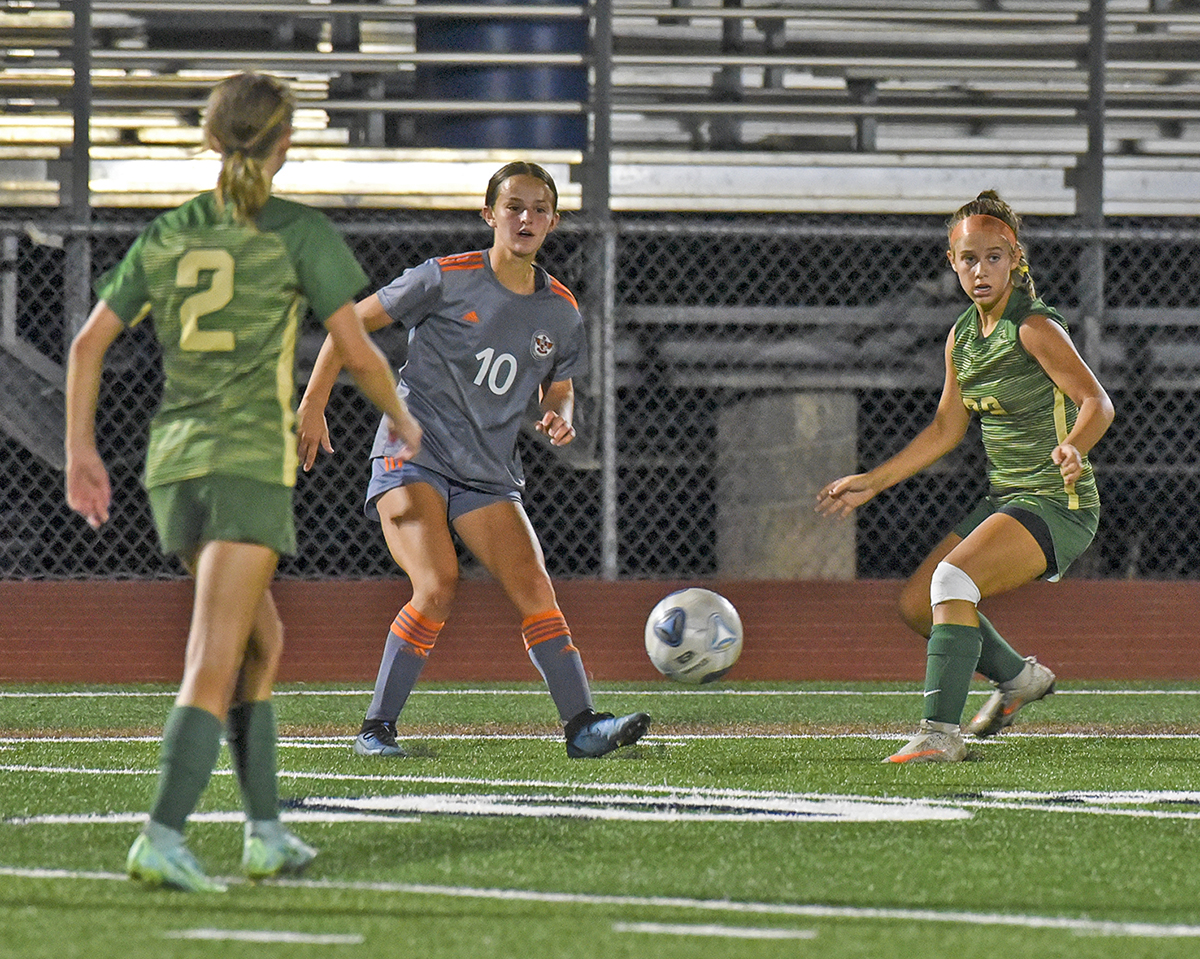 The Skyridge girls soccer team earned three wins on consecutive days during a southern road trip to start the season with a flourish last week against non-region competition.

The Falcons fell behind to the Warriors 2-1 in the first period buttied it up after the break. Neither team was able to snap the deadlock during regulation time. Junior midfielder Megan Hanson scored the golden goal in the second extra period to secure the victory.

The Falcons scored three goals in the first period and two in the second to handily defeat the Mustangs on their field. Sophomore goalkeepers Emalynn Levingston and Allie Noorda split time between the pipes to earn the shutout.

The Falcons finished up their mini-tournament by taking on Highland at a neutral site. Once again, they posted three goals in the first half and two in the second to achieve another impressive shutout.

Hanson notched a pair of scores in this contest, while Olsen, Bellini and Barlow each had one. Levingston and Noorda again teamed up in goal.

“We are happy with our results,” said Coach Toby Peterson.“Three wins is a great way to start the season. Our girls worked hard to prepare for this tournament.

“We knew it was going to be hot and we knew our opponents were going to test our resolve,” he continued. “Therefore, our focus leading up to the tournament was on our team chemistry, our conditioning, our heat acclimation and our hydration.

“Every member of the team was committed to our preparation,and it showed in our games,” Peterson added. “Although the game-time temperatures were in the triple digits, we didn’t have one player show signs of heat exhaustion. This enabled us to focus on our goals and the results speak for themselves.”