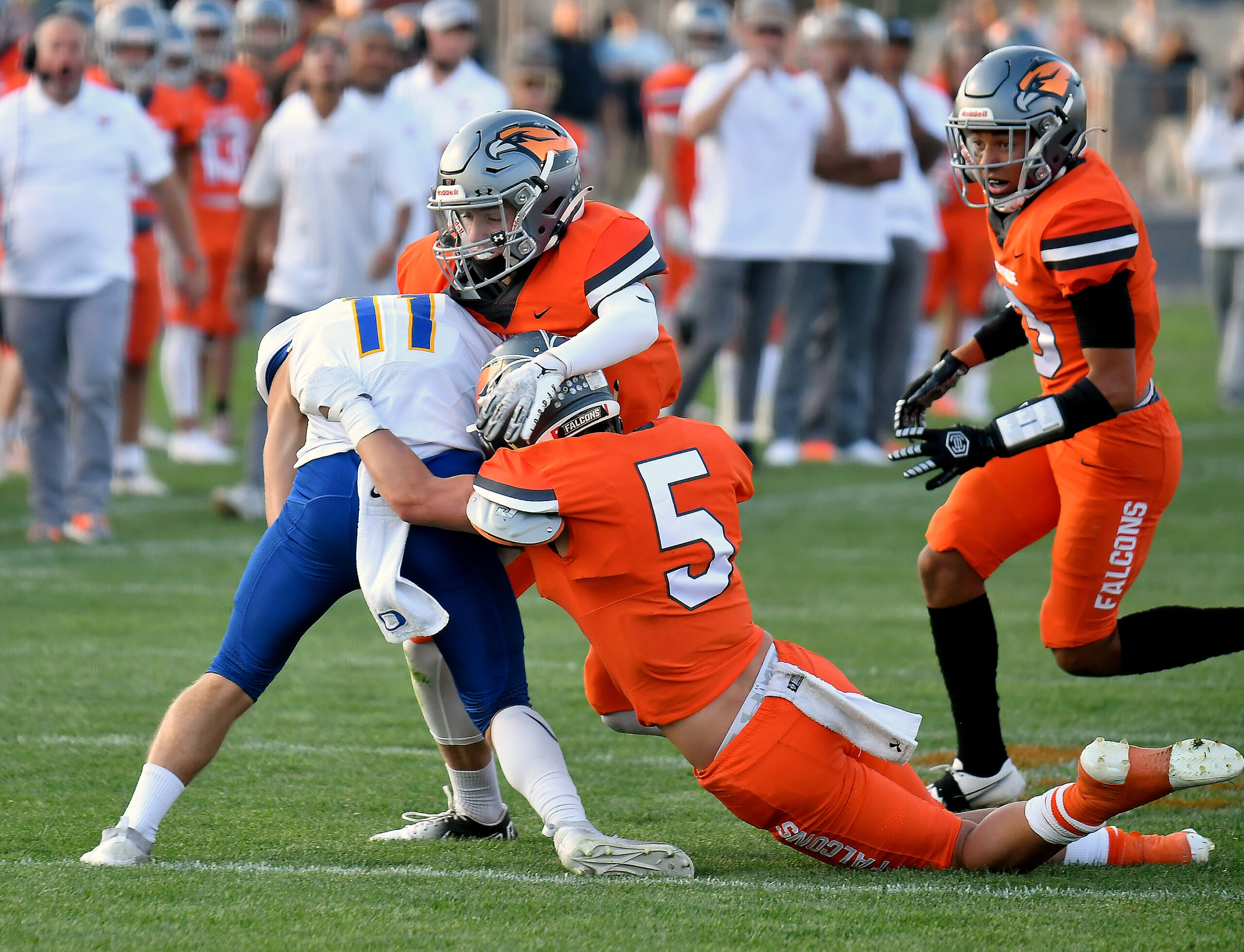 For the fourth straight week, the Falcons shut out their opponent, beating No. 4 Orem 36-0 and remaining undefeated in the process.

Winners of the past four state titles in their classification and ranked at the top of 5A once again, this was the first time that the Tigers have been shut out since 2016, breaking a 65-game scoring streak.

The Falcon front seven dominated the Tiger offense all night long.  Junior offensive linebacker Collin Sheffield was in the backfield making plays throughout the game, finishing with six solo tackles and eight total.

Defensive back Jace Doman was all over the field obstructing Orem’s offensive plays, breaking up passes and adding a 56-yard pick six.

Doman said, “For us as a defense, we were trying to not let them get throws and we shut them out, like we know we can do. Our offense could not get anything going so the pick six was huge for our momentum as a team. I felt like we played great as a team all night.”

Doman’s touchdown was the first of the game, coming with just seconds left in the first quarter. The Falcons had only managed to tally a field goal before that, a 54-yarder by senior kicker Joseph Brandt.

Sheffield said, “We know Orem has an explosive offense, better than the ones we’ve played. We put together a great game plan and executed well together. There were a few plays we got mixed up on communication and eyes but as a whole we balled out and won.”

“I love the way our guys are communicating right now, and I love their effort by just playing unselfish football,” said Skyridge Coach Jon Lehman.

The Falcons rushing attack ran away with the game in the second half, scoring 26 points after a stagnant first half of play. Hillstead had a 66-yard touchdown to energize the offense in the third quarter, bouncing outside to the sideline and outrunning the Orem defensive backs.

The next Skyridge possession was capped off with an 8-yard touchdown run by team captain Fenton, set up by another Hillstead scramble.

Fenton said, “We just saw they were dropping everyone, we decided we were going to pound the rock and it worked out.”

Hillstead responded that adjustments were made in the second half. “Orem was dropping with deep coverage, so we assessed the situation and we understood we had to run the ball. We all did a good job with that,” he said.

The Tiger offense struggled with penalties and field position all night long, never being able to put together a solid drive, and the Falcons took advantage.

Lehman said, “We sustained great effort and the guys were doing their jobs all the way throughout the entire game. I’m proud of McCae Hillstead for just doing what he does and going out and making plays.

“In the second half, the offensive line made a couple of good adjustments to try and create some leverage and McCae went out and made plays,” he added.

The Falcons will take on the Timpview Thunderbirds at home tomorrow (Sept. 10) at 7 p.m.