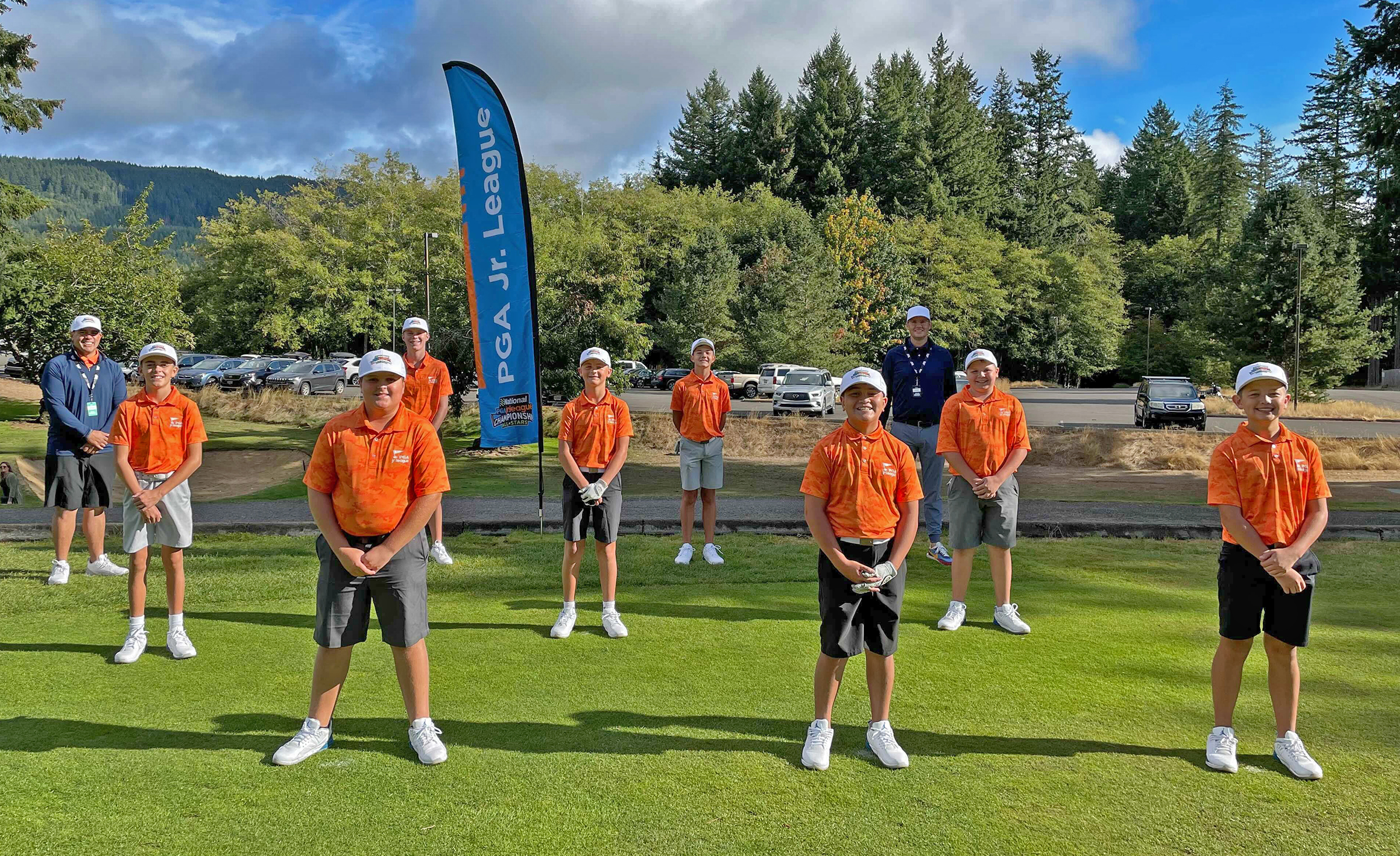 The victory secures their spot in the National Car Rental PGA Jr. League Championship at Grayhawk Golf Club in Scottsdale, Ariz., Oct. 7-10. The Championship will be broadcast live on select ESPN networks for this first time this year.

For the 13u players, day one (Saturday, Sept. 4) of the Regional consisted of an 18-hole aggregate stroke play scramble competition, counting the top three of four scores.

Thanksgiving Point shot an aggregate total of 183 on the first day of competition, followed by the West Spokane All-Stars, who shot 189. The two faced off in match play on Sunday for the title.

Jordan Ofahengaue, 11, is Lehi’s representative on the team. Three older brothers play on the high school team and one of them is also a football player.

The rest of the squad includes Tyse Boman, 13, of Draper; Jaxon Erickson, 13, of Riverton; Ryder Huish, 11, of Highland; Mo LeCheminant, 13, of Vineyard; Will Pedersen, 13, of Holladay; Austin Shelley, 13, of Salt Lake City;and Jack Summerhays, 13, of Kaysville.