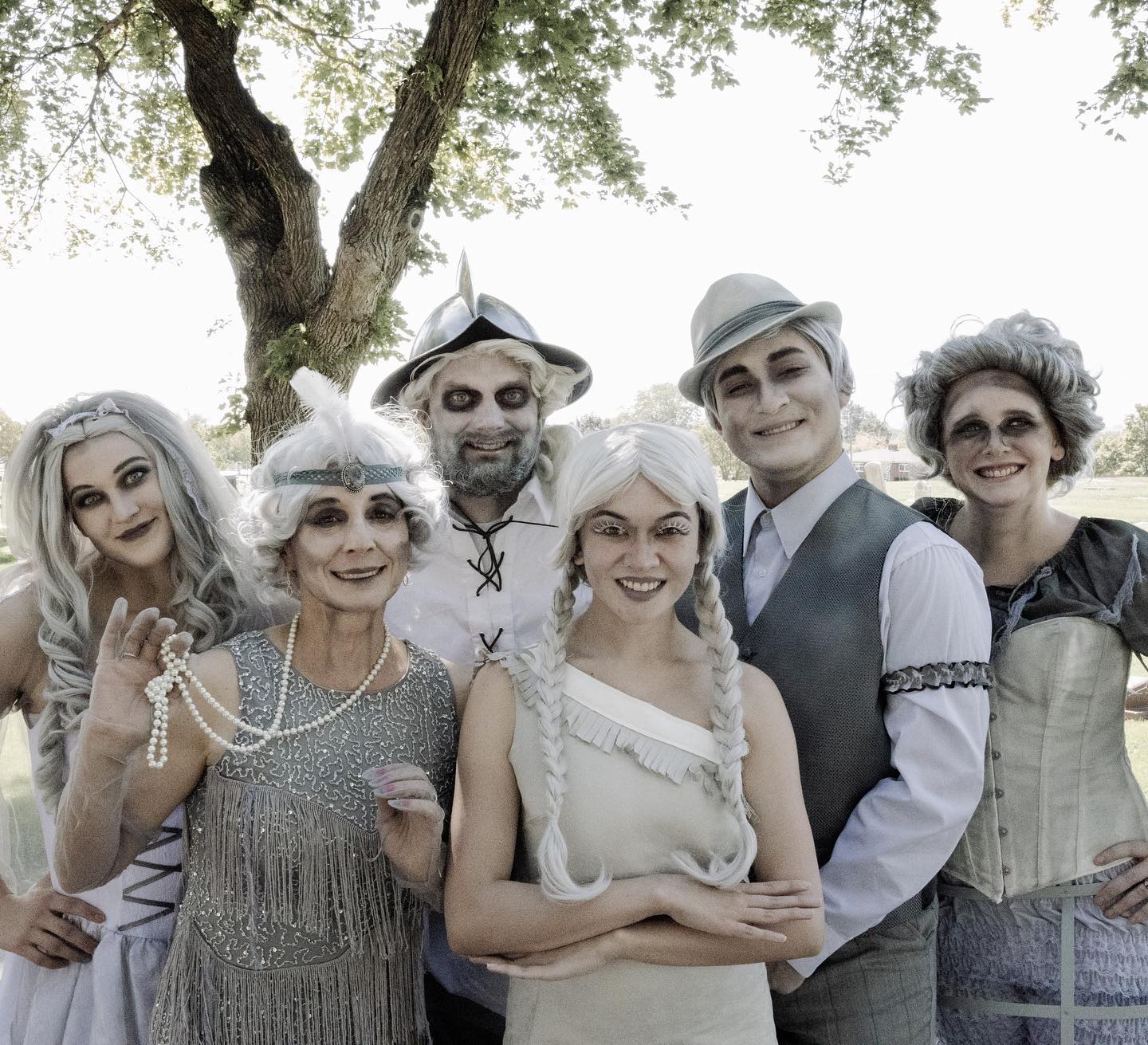 A Lehi Halloween tradition is back this year with the Lehi Arts Council production of The Addams Family. The show starts tonight, Oct. 8 and runs until Oct. 23 on Monday and Thursday – Saturday at 7:30 p.m. at the Lehi Arts Center, 685 N. Center Street.

“We planned to do this show a year ago, but everything got pushed back because of Covid,” said Jean Hatch. She and her daughter Katie Webster are co-directing The Addams Family, as well as making costumes and wallpapering the set that Jean’s husband Jerry built.

The Addams Family musical is a comedy that embraces the wackiness in every family. Wednesday Addams has fallen in love with a young man from a respectable family. Wednesday confides in her father, Gomez, and begs him not to tell her mother, Morticia. Everything changes for the whole family on the fateful night they host a dinner for Wednesday’s “normal” boyfriend and his parents.

“When I saw The Addams Family on Broadway I immediately wanted to be part of this show,” said Jean. “I love the music and the storyline. There’s humor and that traditional Addams Family element, but it’s also so touching when Gomez contemplates his daughter growing up.”

“I’ve loved watching everyone embrace their characters. They’re all so believable and great,” added Katie Webster. Andrew Lambert, who plays Uncle Fester even agreed to shave his head for the part. “At first he didn’t know if he was going to do it – he’s a banker in his real life. He was convinced when we reminded him that the audience would be able to tell if he was wearing a skull cap because they’re so close.”

Jean and Jerry Hatch are officially retired, but Jerry spends a lot of time building sets for community theater productions at the Lehi Arts Center. He doesn’t have a room to work in, so Jerry brings his equipment to the stage, sawing and nailing in front of the empty chairs. “I’m a master carpenter. I think that’s the only thing to have on a set. He or she has to really love theater to do this, though,” said Jerry, testing a trick chair for the set of The Addams Family. The curtain calls for The Addams Family is little play by itself featuring many trick props in just a couple of minutes. “It’s a little bit crazy,” laughed Jean.

Jean has been putting on plays since grade school when she would beg her teacher to let her do shows in the classroom. “Bless her heart, she let me do it,” remembered Jean. “I knew enough to know we had to move things along – there had to be something going on all the time. We had a boy in our class tell jokes during the costume changes.” She was involved in theater through high school and college. Jean and Jerry Hatch have been the backbone of Lehi arts for decades. The five Hatch children grew up performing, directing or at least building sets with their parents.

“It’s been so fun rehearsing and seeing everyone laugh together. I love seeing what the cast comes up with,” said Katie.

“Whether you’re a child or an adult, we always try to make the cast like a family. This is a safe place for everyone,” added Jean.